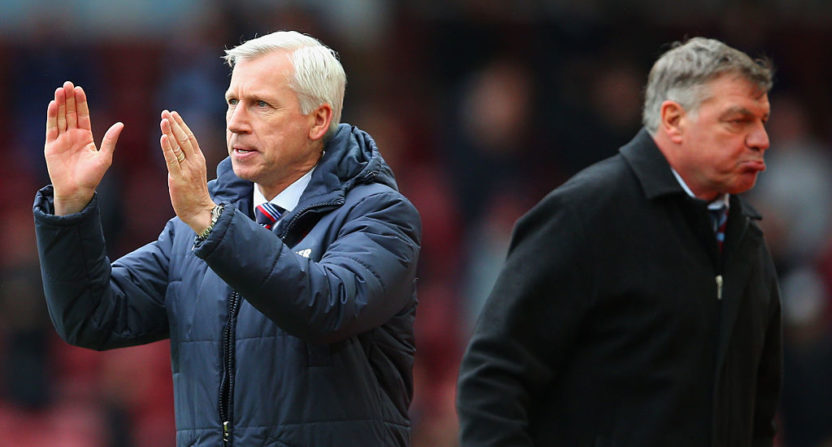 Real Madrid manager Julen Lopetegui has been sacked, which should be no surprise to anyone. Los Blancos have been in poor form this season and Real Madrid is not exactly known for having patience with a manager who is getting poor results. While he was on the hot seat, bookies started listing the odds of who will be the next manager, revealed to be Real Madrid B coach Santiago Solari albeit on an interim basis.

If I had to describe the list of favorites in one word it would be, comical. However it also features exactly who you would expect it to (odds per Bet Victor on Friday 10/26).

That list is so laughable. Conte just had his players quit on him after one year at Chelsea. Arsene Wenger was at Arsenal about five years too long as the game passed him by. And Mourinho? Have Real already forgotten what happened the first time they went down that road?

But of course those are the names that are in contention for one very simple reason. Real Madrid is a big club and these guys all have big club experience on their resumes. Does it matter that they either flamed out or failed to adapt to the modern game at those big clubs? Apparently not.

Whenever a managerial job at a big club opens it’s always the same names thrown around, the same way that when a midtable team in England has an opening you always hear names like Hughes, Pulis, Allardyce, or Pardew. The only reason these guys get hired is because they have previously been managers, not because they’re actually good at it. It doesn’t make any sense!

On a recent episode of the English podcast The Football Ramble, Professor Chris Brady relayed a quote from when he interviewed former Celtic and Scotland manager Gordon Strachan.

Brady asked Strachan how far a person’s accolades, whether they were as a player or a manager, get you as a manager. “To the first team talk” replied Strachan. “Modern players are so focused on themselves and what you can do for them, if you can’t lead them or help them it doesn’t matter what you’ve done in the past. If you can help them, then it doesn’t matter what you have, or haven’t, done in the past.”

It’s rare these days for a coach’s resume to matter and thus hiring a coach based simply on his resume isn’t a smart strategy.

Take a look at the NFL. That’s a league where teams used to recycle coaches all the time. Hell, in 2006 Marty Schottenheimer, Bill Parcells, Art Shell, and Joe Gibbs all had head coaching jobs, the latter three hadn’t coached (until their current job) since the previous decade. All of them were hired because of success very far in the past, none of them were successful in their last stints. We’re seeing that now with Jon Gruden in Oakland and early results have been dismal.

Now look at who the two best NFL coaches in 2018 are, Bill Belichick and Sean McVay. Belichick is the NFL’s Sir Alex Ferguson, a man who has rebuilt his team many times over and keeps winning. Players immediately follow Belichick because he’s proven time and time again that he will turn them into winners. Most importantly though, Belichick has proven that he will outlast any of the players. He’s not going to get fired. If he falls out with a star he’ll cut that star and he’ll still win.

On the other side you have McVay, a 32-year-old head coach who never played a down of professional football. From the moment McVay walked into the Rams locker room, the players realized he could help them. He was a leader. It didn’t matter that he’d never played in the league or that he was younger than most of the players.

The NFL has already realized (well most do) that trotting out the same head coaches doesn’t work. That’s why teams always want to hire the hot up and coming assistant coach. It’s also why teams are so quick to fire their coaches, which isn’t actually a terrible thing because, not all assistant coaches are cut out to be head coaches.

It’s time for soccer to come around to this line of thinking. Managers like Mourinho, Ancelotti, or Roberto Mancini may have trophies on their resume, but their resume also shows that they have a shelf life. The players see that just as much as they see the experience. They know if they have a four-year contract then they’re more than likely to last longer than the manager.

This is important for all the big clubs in Europe but especially a club like Real Madrid. Having a manager walk in and say “Listen to me, I’ve won the Champions League, I’ve won my domestic league, I know what I’m doing” isn’t going to work. Why should the players respond to that? They’ve all won the Champions League and their domestic league’s too!

That’s why the two most interesting names on the list were Mauricio Pochettino and Santiago Solari. Solari’s managerial experience comes just from managing Real Madrid’s B team. He’s never worked with superstar players before, but then again, neither did Zinedine Zidane.

Pochettino’s managerial career started at Espanyol, a club at the bottom of the La Liga table. After three years, he went to the bottom of the English table taking over Southampton, turning them into a midtable club. He then continued up the ladder by making Tottenham a perennial Champions League club. His only experience managing a big club, is managing Tottenham, who are as big as they are because of him.

Both of these managers present interesting options because neither of them will try and fall back on their experience. They are men who can inspire a dressing room to follow them, but aren’t weighed down by the burden of knowing, usually things fall apart. Pochettino has never been fired from a job. Yes, he was only at Southampton after a year but he left so he can take a step up the ladder. Real Madrid wouldn’t have to worry about that because there is no higher step than Real.

What continues to astonish me is that the men in charge of these decisions at the top clubs are smart people. You can’t make it to this level and not be, yet they keep making the same bad decisions over and over. These guys all know each other personally and I understand how knowing someone, the personal and human side of them, will make you see things differently. But eventually, you have to separate the two.

The big clubs all have pressure to win every year, especially at Real Madrid. But with the money that comes in these days just from being on TV and appearing in the Champions League, not winning for two years isn’t the end of the world.

Teams should remember that before they hire the next recycled manager who might win them a title but leave a colossal mess for someone else to clean up two years later. They should be striving to find the next Pochettino, the next Jurgen Klopp, or the next Zidane.

Real Madrid remembered this three years ago when they hired Zidane. He went on to be their most successful manager of the decade (and avoided getting sacked by the club as well).

More teams should look at this model as the one to follow. Take a chance on that young guy. Not all of them will be successful at a big club and that’s OK, because when you do find the right guy he’ll bring you a decade of success. A long-term solution should be a far better option than trying to come up with a new short term solution every two years.