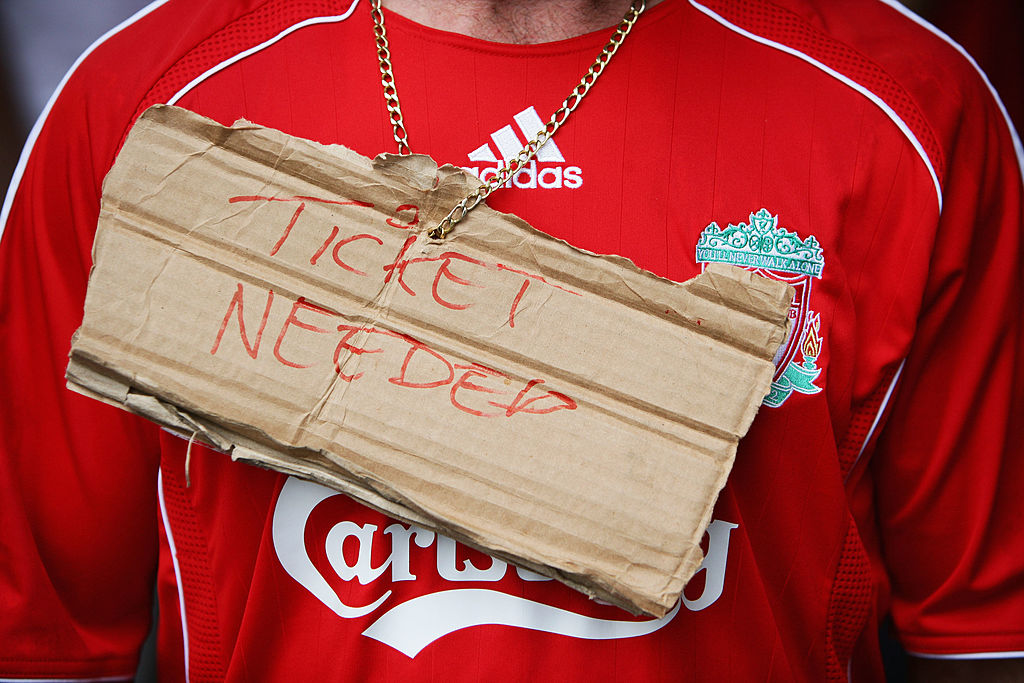 In Europe, professional soccer isn’t a product. It’s a public good. It’s not entertainment so much as culture. And as such, it’s eligible for government subsidies and bailouts. There are dozens of examples of clubs days from bankruptcy getting emergency loans from their local governments.

That’s why the movement to make England’s top-tier clubs lower ticket prices was actually successful. Following Liverpool fans’ winning campaign to get their club to reverse its decision to hike prices on their highest price class of tickets – through demonstrations and a highly-publicized mid-game walkout —  all Premier League teams have now agreed to cap the price of visiting fan sections at 30 pounds for the next three seasons. They were unanimous in their decision.

Bayern Munich, meanwhile, decided to partly subsidize away fans’ expensive ticket prices in a Champions League games this year, out of the club’s own coffers. Just because it was the right thing to do.

The fans’ logic is that with the Premier League’s skyrocketing broadcast income – which has gone from 63 million pounds when the Premiership began in 1992 to 2.77 billion per season as of 2016-17 – the cost burden on fans should lessen. In a sense, they argue that they’re already covering the bulk of clubs’ revenues through their cable bills, and shouldn’t have to pay excessive premiums to show up in person as well.

And the clubs eventually conceded that they are right.

Because professional soccer isn’t a business. Which is to say, it isn’t supposed to be one. It actually is, of course, but clubs can’t be too naked about it. Go too far in their zeal to maximize margins and the pushback becomes untenable for whoever has drawn the righteous ire of the constituency.

It’s not a surprise that in the Bundesliga, where the rules dictate that clubs be 50 percent-plus-one-vote fan-owned, average ticket prices are far lower than any other major league. All the same, the German league is one of the very best around, demonstrating that curbing prices artificially needn’t cut into competitiveness. As the fans in Europe see it, the club belongs to them, not the other way around. They won’t be treated as walking ATMs to be plundered in the name of wins – while owners really wind up filling their pockets.

This, above all, is why there was such a virulent, and as it turns out prescient, blowback to a series of historic English clubs – Liverpool, Manchester United, Arsenal, Aston Villa, Sunderland, etc. – being bought up by Americans. The fans understood early on that those men, all of whom owned American teams as well, saw their new assets as exactly that – franchises in a larger business, rather than public institutions. Income streams.

Comparing the upshot of this fan-driven lobbying over cost control makes for a startling contrast. Next season, Liverpool tickets along the field will cost some $84. Crystal Palace will sell Premier League tickets for as little as $35.

Meanwhile, the Philadelphia Union, the sorriest franchise in Major League Soccer, will sell its tickets in that same spot as the Liverpool ones for $114, including fees. The Philadelphia 76ers, the worst team in the NBA by six games, sells mid-court tickets for top tier games for $245. There are surely others, nearly as bad, that follow the same model. Almost all of them in America, really.

Certainly, Liverpool don’t exactly set the world alight either – relative to their payroll, anyway – but the point is a coveted ticket to a major club is still remotely affordable. And a concerted effort is being made to keep it that way, even if the fans sometimes have to shame their club publicly.

This is the residue of a fan power borne from clubs beginning their lives not as new offshoots from existing and thriving businesses, but bands of friends who begin competing locally – with the support of loyal supporters – and do so well that they reach the top.

It’s a different system, and an unalike genesis thereof. Here, profit is the stated objective from the beginning – pro sports are never philanthropic. There, income is the side effect of decades of success.

But it’s nevertheless hard to look at the fans’ ability to represent their own interest over in Europe and not be envious of their supporter culture. They aren’t so much customers who can only control the market by staying away in droves as participants in a larger organism. They aren’t fans of a club so much as part of it.