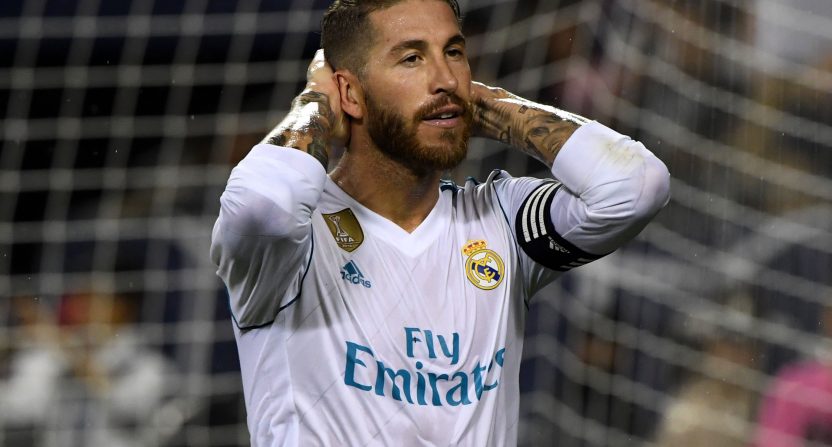 Real Madrid has had a rough 2018-19 season. Of course, 95 percent of the teams in the world would love to have Real’s season; the three-time defending UEFA Champions League winners remain in the Champions League, going against Ajax in the round of 16. And with another FIFA Club World Cup trophy, Real Madrid already has a trophy. But Real Madrid fans would say something different.

The Club World Cup is nice, but it’s not the same as a La Liga title or Champions League. After initial dominance in La Liga, Real Madrid fell into a slump in September and October, going winless in five games and losing four of them. As they near the halfway point, Real is fifth, one point out of the Champions League spots and behind a team named “Deportivo Alavés,” who promoted to La Liga in 2016.

In the Champions League, Real Madrid won their group but had major problems with CSKA Moscow, of all teams. CSKA won both of their matches against Real Madrid and only recorded one further point, a draw against Viktoria Plzeň, and they finished fourth. Meanwhile, Real were able to keep their lead over Roma on the final day and win the group, but while that still looks great, that’s not cutting it for a team who demands perfection.

The on-field performance isn’t the only thing going wrong at Real Madrid. Attendance woes at the Santiago Bernabéu has resulted in their stadium being just 2/3 full for their game against Real Sociedad Sunday (a 2-0 loss). This may be due to Three Kings Day, but that doesn’t explain Real’s 55k attendance against Real Sociedad, or their season opener against Getafe when just 48k people attended.

The question comes to mind, are we seeing the downfall of Real Madrid?

Depends on what you consider as a “downfall.” They’re still one of the two biggest teams in Spain and one of the most popular teams in the world. To say that they’ll be left in financial ruin is rather extreme. Having said that, Real could be in danger of stagnating and letting teams like Barcelona and Atletico Madrid get away from them. Despite being fifth, I would be very shocked if Real stays out of the top four by the end of the season. They won’t win La Liga this season but they’ll qualify for Champions League.

Despite that, there is a large difference between winning the La Liga title and finishing fifth. In the top-heavy league, the difference between first and fifth was 32 points last season. Top four in La Liga, for a team like Real Madrid, should be a guarantee. Case in point, Real Madrid last finished outside the top four in 2000. But this is a team that is getting older by the day. Many had been projecting the bubble to burst for the last few years and it may have happened this year.

Real cashed in on Cristiano Ronaldo, who was sold to Juventus for 100 million Euros. Five of Real’s main starters are over 30 and the majority of the other six starters are in their late 20s. This is an old team who may have star power and may win but they won’t have the kind of longevity for sustained success.

The team has attempted to go younger, with signings Thibaut Courtois and Mariano having the biggest impact on the team. At 26 and 25 respectively, they skew toward the younger range of the starting XI. Vinícius Júnior and Álvaro Odriozola are big signings for the future and they just signed Manchester City youngster Brahim Díaz.

So, is this Real Madrid’s downfall? No. This season is a bit rough for Real Madrid but even a “rough” season could result in a fourth consecutive Champions League title. They may not catch up to Barcelona this season and they may fall short the next, but Real Madrid is going to be all right.