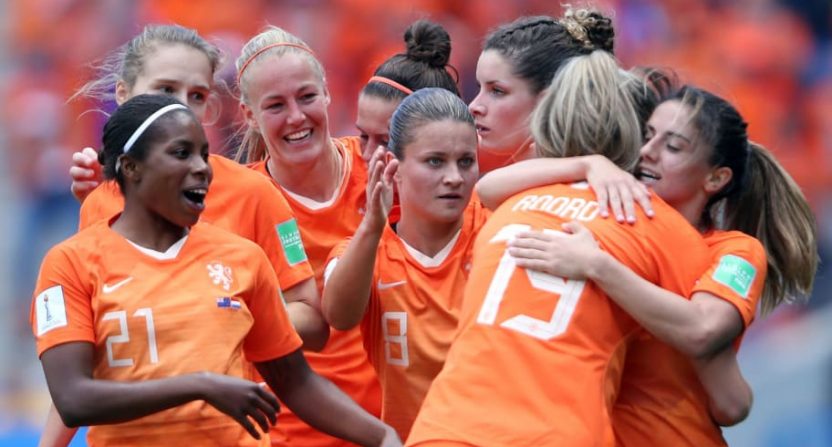 As the FIFA Women’s World Cup quarterfinals begin Thursday, seven of the eight spots will be filled by European teams. Among the nine teams from UEFA who took part in the World Cup, only Scotland was eliminated in the group stage while Spain lost to the United States in the Round of 16.

The other seven teams (England, France, Germany, Italy, Netherlands, Norway, and Sweden) are in the quarterfinals. And while teams like England, France, and Germany have been considered favorites to win, some other heavy hitters have emerged as contenders. The United States may still be odds on favorites to win in 2019 but will this the final year we can say that?

It seems like we say this for every World Cup but there’s reason to believe it’ll happen here. For one thing, European teams have been investing more and more in their domestic leagues over the past four years. It’s not a coincidence that among the seven European teams still in the World Cup, they have club leagues with solid investment. That’s not to say there cannot be more investment but it’s a vast improvement than four years ago.

Now, it’s more than just Germany or France who can take on the United States. Spain put up a good fight in the Round of 16 and almost took things to extra time. Italy and the Netherlands haven’t had past success at the World Cup but both teams have been impressive.

Italy hasn’t been in the World Cup since 1999 but they won their group in 2019 and did that by only allowing one goal in open play. Their stingy defending allowed Italy to completely dominate a China team who was great years ago but look like a shell of themselves now.

The Netherlands won the 2017 Euros by going a perfect 6-0-0 and kept up that frenetic pace in the World Cup, winning all three games. Their attack is led by Vivianne Miedema, who has 60 international goals at the age of 22 and Lieke Martens close behind with 44 goals. While they have only earned a Round of 16 berth at the 2015 World Cup, there’s reason to believe they could go all the way in 2019.

The USWNT is still the best women’s international team in the country but there’s only so much they can improve. What’s scary about some of these European teams, particularly Italy and Netherlands, is that they may be good now but they have a lot of room to improve and will likely be even better in the coming years. Whether it’s the Olympics, the Euros, or the World Cup, these could be the future dominant teams in women’s soccer and if the USWNT isn’t careful, they could actually fall behind for the first time ever.