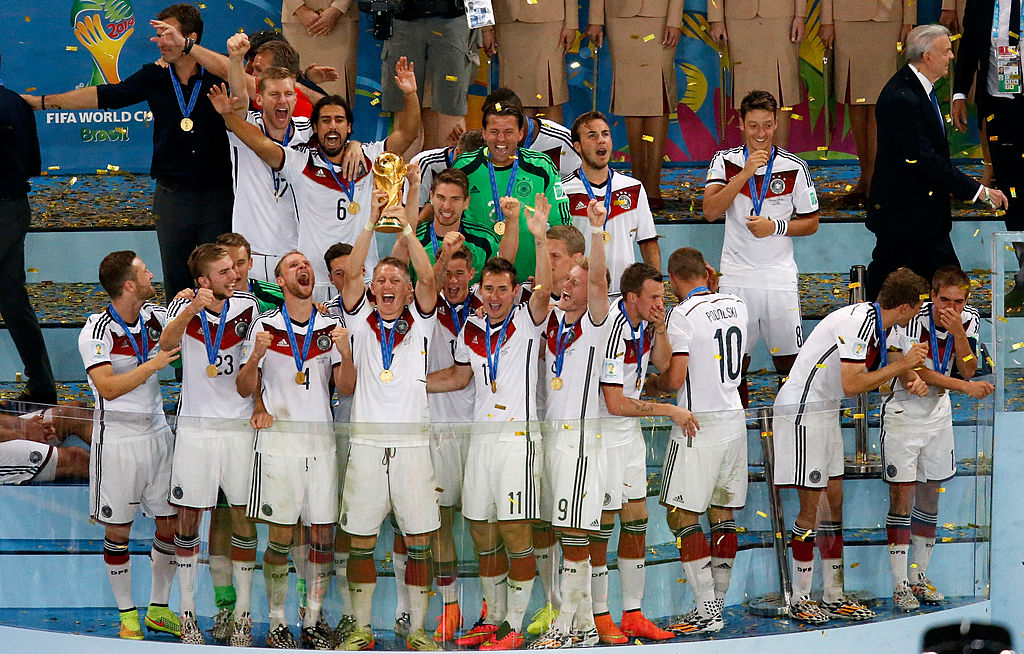 The FIFA World Cup is arguably the biggest sporting event in the world. Ever four years, countries from around the globe travel to one country to compete in the most popular sport on Earth. Starting in 2026 however, the World Cup could look very different than it has in the past.

The 2018 and 2022 World Cup are slated to take place in Russia and Qatar and those two tournaments will be run in the same format as the 2014 tournament in Brazil. However, starting in 2026, the World Cup could be increased from 32 to as many as 48 countries.

The Associated Press expanded on the proposals that were announced by FIFA President Gianni Infantino. The first proposal would be to keep the tournament format as is, which has been in place since the 1998 World Cup in France.

Proposal #2 discussed the idea of eight groups of five or 10 of four for a total of 40 countries. That idea wasn’t reported on extensively, so it’s unclear how exactly the countries would be paired down once the tournament began.

The third idea increases the field to 48 nations, but includes a playoff round before the typical 32 team group stage that has been in place since ’98. 32 nations would qualify for the playoff, with only 16 advancing. The 16 countries to advance out of the playoff round would join 16 nations that had already qualified for the typical 32-team group stage. Infantino suggested a proposal like this with a 32-team knockout round before the group stage that was met with opposition.

Infantino himself also proposed the idea of 16 3-team groups if the World Cup did expand to 48 countries. That proposal would be #4 in the graphic above. It would work similar to the 32-team structure with the top two teams in each group of three advancing to the round of 32. Right now, the 32 country field is split into eight groups with the top two countries in each group advancing to the round of 16.

These proposals and ideas will be discussed at the FIFA Executive Council meeting next month. If a 48 country field is agreed to, it won’t take affect until 2026.

The 2026 World Cup location hasn’t been announced yet, and won’t be for another four years. When it is announced in 2020, it’s likely the tournament will be awarded to the United States, Mexico, Canada, or Colombia. Whichever country wins the rights to the month-long tourney could be tasked with building or scheduling matches in more stadiums than normal to comply with a potential 48-team competition. Additionally, the host nation would have to plan on the tournament being longer than the typical month long schedule it currently uses.

Unsurprisingly, a lot of soccer fans aren’t too happy about these new ideas.

Sixteen groups of three teams.. FIFA really are aiming to ruin football and the World Cup.

@AFP I always feared a day like this will come.
Time to fav a new sport!

@AFP @YahooNews never thought is say this but get blatter back!

@AFP oh crap. Will they give out participation trophies too?