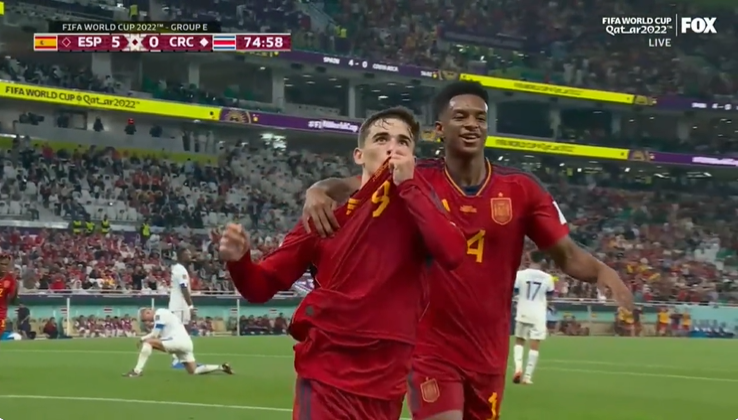 Spain declared their 2022 FIFA World Cup presence by planting its flag squarely through the heart of Costa Rica. In a 7-0 route, Spain shifted through all their gears, finding little to calibrate.

Their first goal came courtesy of Dani Olmo in the 11th minute of play with a sensational first touch that only left popping the ball over legendary Costa Rican keeper Keylor Navas to the back of the net.

This goal marked the 100th time Spain has found the back of the net during a World Cup, but La Furia Roja was far from satisfied.

Ferran Torres is the third player to score twice on his World Cup debut for Spain ✌#BBCFootball #BBCWorldCup pic.twitter.com/O5qTgoYcMP

Costa Rica with one of the worst statistical performances in World Cup history against Spain. They’re not even averaging 2 completed passes per minute!! pic.twitter.com/KaEpxxVARX

Total domination from #ESP in that first half

Spain dominated from whistle to whistle. They played aggressively and with a seasoned fluidity despite having a relatively young squad. They manipulated the tempo and passed more than they breathed.

Spain will undoubtedly go deep into the tournament; whether or not they can keep up the intensity during the coming weeks will be something to see.