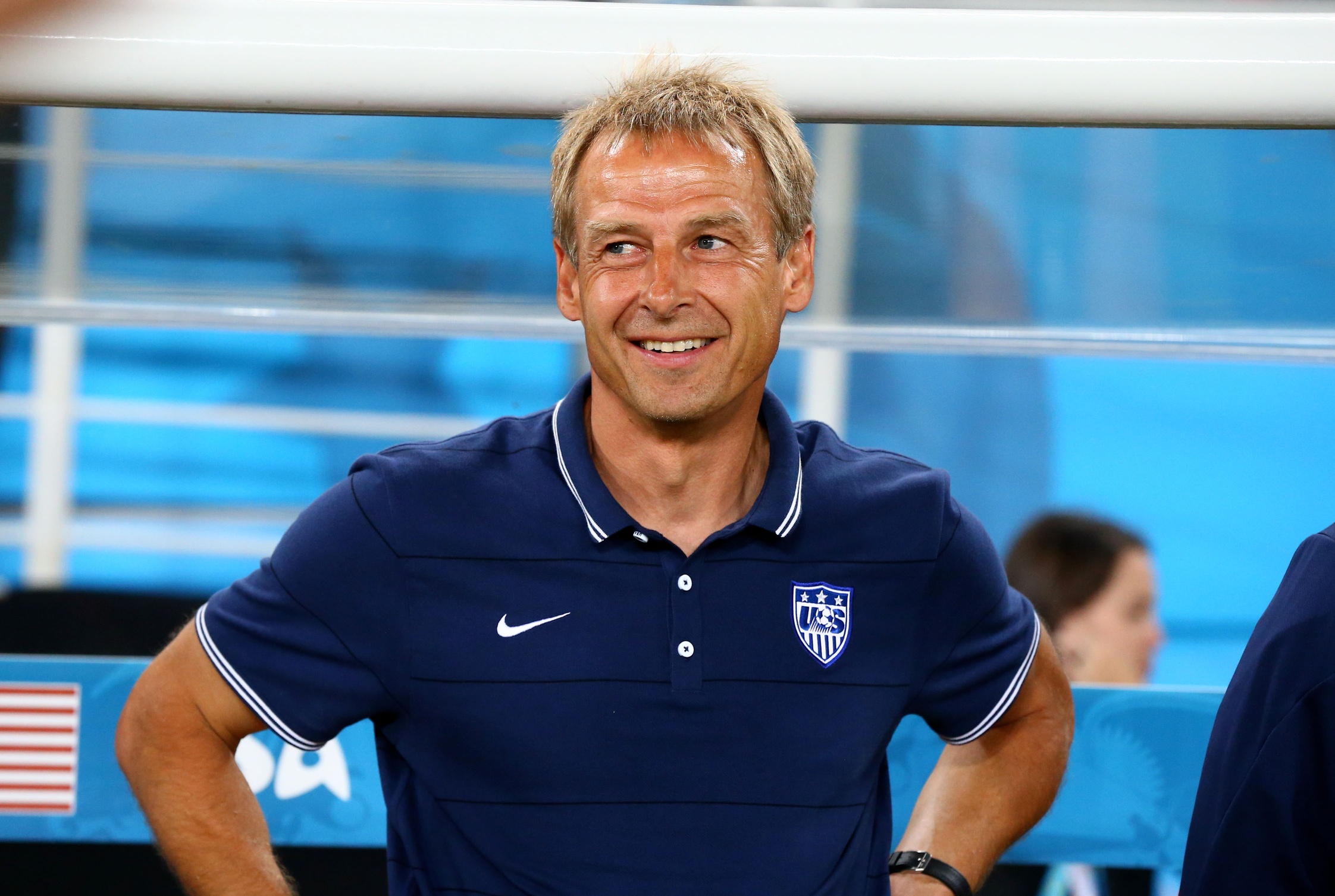 After two rather embarrassing performances to start the final round of World Cup Qualifying, more and more people are looking at the U.S. Men’s National Team and toward Jurgen Klinsmann in general.

But after a 2-1 loss to Mexico in Columbus and a dominating 4-0 loss to Costa Rica that looked like everyone on the team just quit, the tide has turned against Klinsmann and wants him fired because of the recent play and results of the national team.

A lot of that criticism is justified. Against Mexico, in one of the toughest World Cup Qualifiers in the Hex, Klinsmann debuted a 3-5-2 formation that nobody else has seen and a formation that nobody plays in at their club team. For the record, I am fine if Klinsmann wants to experiment with formations (and he has) during friendlies. And while some criticize Klinsmann on bad results during friendlies, that’s where you experiment and while a win is nice, it’s not critical. In World Cup Qualifying, especially in the final round, the time to experiment is over and you play your best formation to get you the best result.

Klinsmann changed formations during the Mexico game and didn’t play a 3-5-2 against Costa Rica, but the constant tweaking at this point isn’t a good sign for the United States. It’s almost as though Klinsmann has taken the forgiving CONCACAF World Cup Qualifying format for granted and is still experimenting, knowing it’ll all turn around when qualifying resumes in March.

In fairness to Klinsmann, the United States came off a pretty successful run in the Copa America Centenario, losing to Argentina in the Semifinals. So he enters the Hex with a relatively recent form of success in a competitive tournament. Also, the United States played their two toughest opponents and in a country in which they have never won in World Cup Qualifying. When faced with playing home to Mexico and away to Costa Rica, not a lot of people had high hopes that the USMNT would be top of the group. Most optimistically, the USA could have had four points, three points would have still been a great start. One or two points would have been bad, but not terrible and zero would be a tough road. Zero points is one thing, zero points while losing 4-0 and being last in the Hex is even worse than the worst expectations.

So, the important question any U.S. Soccer fan is asking is whether or not Sunil Gulati fires Jurgen Klinsmann? A lot of people want Klinsmann fired, from media people like Grant Wahl and Leander Schaerlaeckens to players like Bobby Warshaw and many fans. I am not going to argue with anyone who believes Jurgen Klinsmann deserves to be fired because they’re probably right. Think about it. Would Jill Ellis still have her job as USWNT manager if the women’s team was playing like this? Would any other top national team be giving Klinsmann as long of a leash, in this era of quickly firing managers at the drop of a hat, as Gulati has given Klinsmann?

But whether or not I would like to see someone else take over, I have to look at the reality and the reality is that Jurgen Klinsmann is going to see this through until either the United States is playing in Russia or they’re eliminated in the Hex.

First, Klinsmann has a huge buyout clause. And considering U.S. Soccer is currently in negotiations with the Women’s National Team for a new CBA, the perception would not look good if U.S. Soccer gives Klinsmann a few million to go away while the USWNT is negotiating for equal pay to the men.

Second, if U.S. Soccer really wanted to fire Jurgen Klinsmann, there were previous opportunities to do that. They could have fired Klinsmann after losing to Jamaica and Panama in the 2015 Gold Cup. They could have fired Klinsmann after the loss to Mexico in the CONCACAF Cup to have a fresh start entering World Cup Qualifying. And in those two opportunities, U.S. Soccer and Sunil Gulati stuck with Klinsmann. Why would this be any different?

Third, just like with any team, you need to have someone already in mind to take over. And given we are less than 20 months away and you have already completed 20 percent of the Hex, it would be unfair to insert your next manager into this mess of a situation. The Washington Post‘s Steven Goff mentioned that Bruce Arena was a kind of backup plan for U.S. Soccer. But other than Arena, who has international experience and took the USMNT to the World Cup Quarterfinals, it would be tough to find someone to take over and succeed now.

Fourth, Klinsmann is also Technical Director of U.S. Soccer and if you fire Klinsmann for one job, you probably need to fill two positions instead of one. Some believe that since Klinsmann’s skills are more suited for a long-term vision of a Technical Director, why would he stay to do that while being fired as manager? Even if Klinsmann does agree to that, it invites a perception that the managerial replacement won’t be given a chance because they will be coaching under the shadow of Klinsmann.

Fifth, Sunil Gulati has put his neck out on the line for Jurgen Klinsmann. It was Gulati’s decision to bring on Klinsmann and has defended him within reason throughout. To fire Klinsmann would mean Gulati admitting that he made the wrong move. While there is still a good chance the United States qualifies for the 2018 World Cup, it gives Gulati a chance to hope things do turn around and he won’t have to admit to any mistakes.

And speaking of the USMNT’s chances at qualifying for the World Cup, they do still have a good chance to qualify. Recent history showed us that predicting the percentage of something happening doesn’t really matter. But for the sake of reference, ESPN’s Paul Carr has the United States at a 60 percent chance of qualifying for the World Cup. It’s not a strong chance, but it’s over 50 percent and most likely a fight against Panama for that third or fourth spot (which is very crucial). Recent history shows that the USMNT need at least 15 points to automatically qualify in third, and around 12 points to go into fourth and a home-and-away series against the fifth-place Asian team.

Whether you’re on the side that is confident that Jurgen Klinsmann and the U.S. Men’s National Team will turn this around and overcome the kind of adversity, like at the 2014 World Cup, or worried that this will not improve and the United States will not qualify for the World Cup for the first time since 1986, it is going to be a long four months. The United States will not play another World Cup Qualifier until March 24 against Honduras and March 28 against Panama. There is no more margin for error. The United States enter the final eight World Cup Qualifiers, including at the Azteca and in Panama as games in which the USMNT must not lose.

When the United States begins again on March 24, Jurgen Klinsmann will be on the sidelines, whether you like that or not.