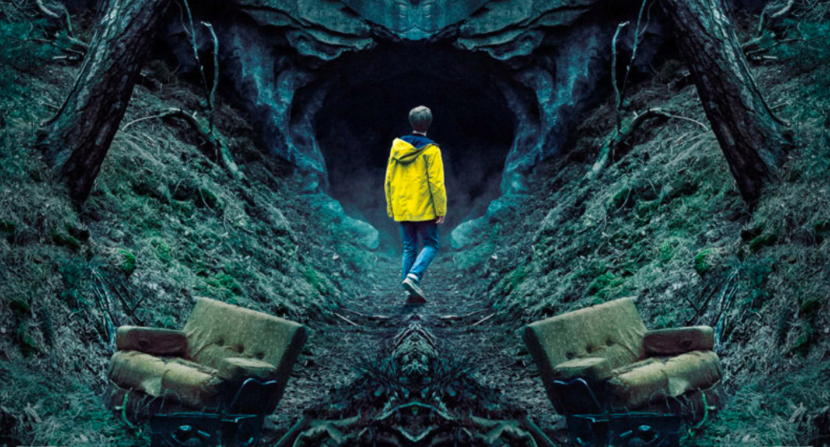 “Yesterday, today, and tomorrow are not consecutive. They are connected in a never-ending circle.”

Picture, if you will, a small town. A young boy goes missing in the woods. His friends, siblings, and fellow students rally and try to find him. The local police investigate strange occurrences happening all around town that may be linked to an ominous complex known for its secrecy. The boy’s parent searches for him with reckless abandon, their sanity hanging by a thread. A stranger appears and seems to be the key to solving the mystery. The boy finds himself in a place that defies logic.

However, whereas The Duffer Brothers envision each season of Stranger Things as a movie with a tight storyline that balances nostalgia with thrills, Dark throws its energy behind dense world-building less interested in tapping into nostalgia than it is making you work for answers. Viewers don’t have to decide which one they prefer, but whatever notion they have about Dark matching Stranger Things’ tone best leave that at the door (or cave entrance, as it were).

The show opens in 2019 in the German town of Winden. We’re introduced to Hannah Kahnwald who, along with her son Jonas, is mourning the death of her husband Michael following his suicide months earlier. She is also in the midst of a torrid affair with Ulrich Nielsen, a local police officer, who married his high school sweetheart Katharina and has three children.

There’s also chief of police Charlotte Doppler, who is in an unhappy marriage while also dealing with her uncle Helge, who has dementia. Finally, there’s the Tiedemann family. Regina is a local hotel manager, Aleksander is the director of the local power plant, and their son Bartosz is dating Martha, who used to have a thing with Jonas, also Bartosz’s best friend.

Just trying to keep track of all the family, friend, sexual, and enemy dynamics requires an Excel sheet. But we haven’t even gotten into what happens when Mikkel, Ulrich’s youngest son, disappears into a strange cave system that runs underneath the town. And we haven’t touched on the fact that someone is kidnapping children and experimenting on them in ways that often lead to their death. And we certainly haven’t scratched the surface on the fact that Mikkel is missing in 2019 because he somehow ended up in 1986 and that’s just the tip of the time-traveling iceberg.

So, yeah, there’s a lot going on here. Admittedly, it can all be a lot to keep track of, even for the most diligent of science fiction/mystery TV show watchers.

The story shifts at will from 2019 to 1986 and all the way back to 1953 for reasons you can discover for yourself. Sometimes, those stories correlate and inform one another and sometimes they’re the focus of some independent plot progression. And because everything happens in Winden across these eras, we get introduced over and over again to the same characters, albeit at vastly different times in their lives. What happens in the past affects the future and, as we’re told and shown multiple times, what happens in the future can also affect the past.

There are nostalgic touches woven throughout. It would be hard to split a show into three distinct time periods and not do so. Time spent in 1986 is soundtracked with plenty of familiar 80s tunes, which were as popular in Germany as they were in the U.S. However, the show doesn’t call attention to the minutia of the era quite the way Stranger Things does. Meanwhile, when the show pushes back to 1953, we are immersed in the era mostly through fashion and style. It’s clear and helps inform each distinct time period, but never overtakes the winding storyline and character arcs playing out across the decades.

If you thought Lost was hard to keep up with, Dark makes Lost’s mythology look like Full House by comparison. You have to do some serious mental gymnastics to keep up with it sometimes and it only digs deeper as it goes.

That might sound too much like homework and that’s perfectly fine. Not everyone wants that kind of challenge from their TV-watching and since answers don’t always come easy (if at all), there’s a high risk that some audiences will tap out rather than committing to going further into the mystery cave (literally) with this show.

However, if you are someone who likes the challenge of a mystery that continues to unfold its layers without holding your hand or providing you with firm footing from which to reach the next rung of the ladder, then Dark presents a welcome challenge, at least so far.

Many TV shows have tried and failed to live up to the mythology they’ve created for themselves, which will provide some trepidation, given what Dark is asking of you. So far, at least, it seems willing to make good on those promises. Only time will tell if future seasons will follow through and that’s meant figuratively and literally.