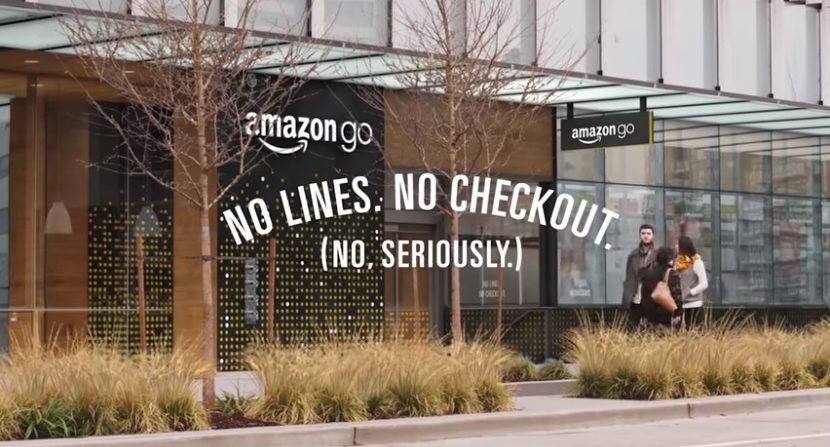 Over the last few weeks, Whole Foods, which was purchased by Amazon last year, has been dealing with an ongoing epidemic of empty shelves thanks to a point-of-sale system that can’t keep up with its customers. They better get that figured out sooner than later because competition is coming for their customer’s dollars, and one of those competitors might just be…Amazon?

Just because they’re buying retailers (and might still be buying more of them), that hasn’t stopped Amazon from pursuing its plans for a brick-and-mortar store of their own.

Monday, after five years of planning, fine-tuning, and preparation, the online retail giant launched their first brick-and-mortar convenience store, Amazon Go, on the ground floor of Amazon’s new headquarters in Seattle’s South Lake Union neighborhood. What makes this store a little bit different is that it’s built for you to interact with other human beings as little as possible (just like being online!).

There are no cashiers. Instead, customers scan the Amazon Go app on their phone as they enter, and then begin shopping. A combination of AI, cameras, and sensor data will track what you pick off the shelves. When you’re done, just walk back out the way you came and you’ll be automatically charged for what you took.

On one hand, it sounds incredibly efficient. The idea of avoiding checkout lines and not having to deal with cashiers sounds pretty good to a large portion of consumers, especially if you just ran in to pick up a soda or snack.

On the other hand, it also sounds a little Black Mirror-y. Cameras track you while you shop and who knows what kind of information they’re collecting about your habits, what you pick up but don’t buy, how much time you spend looking at certain items, etc. Convenience always comes at a price and that price will be privacy and data collection.

For Amazon, there could also be a price when it comes to making sure their system actually works. Every time their sensors don’t pick up a specific item, they’re basically giving it away for free.

I think I just shoplifted?? #AmazonGo didn’t charge me for my Siggi’s yogurt ? #nolinesnocheckout #freestuff pic.twitter.com/RDPhC5ryXD

Philosophical debates aside, what can you get inside an Amazon Go? Right now, they’re offering mostly basics (salads, sandwiches, beverages) as well as ready-to-eat meals. There’s also a selection of beer, wine, meat, and 365 Everyday Value brand snacks. Considering the market is in Amazon’s HQ, which is located in a tech-worker-heavy neighborhood, it makes sense for the first shop to focus on stop-and-go customers and not those who are looking to do their weekly shop.

You can make a good case that Amazon Go is exactly the kind of shopping experience that urban customers are dying for. For those who live in major cities where lines can add up quickly and you don’t have much time to catch the next train, being able to shop like this sounds like a breeze. As for how this concept works in suburban areas, that’s probably a trickier sell. Perhaps that’s why the Whole Foods acquisition makes sense because there’s only so much reach that a store like this will have. At least for now.