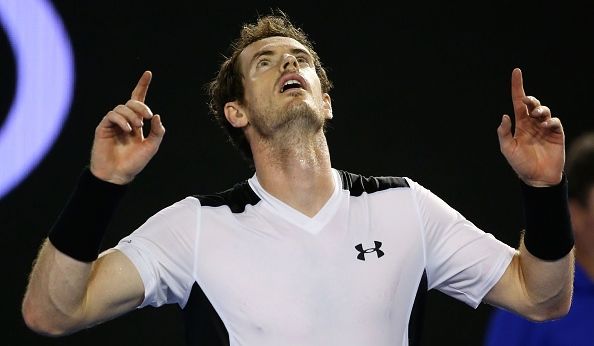 Andy Murray has never won the Australian Open. He has claimed two of the other four Grand Slam tournaments–Wimbledon and the US Open–in his stellar career, but he has never lifted the champion’s trophy in Melbourne. Ironically, the Australian Open has been the Brit’s most successful major tournament overall in terms of wins, and with a victory in the quarterfinals, he is one win closer to finally adding the year’s first major to his resume.

Murray has now reached the semifinals in Melbourne six out of the last seven years. His only exit earlier than the final four was in 2014, where he lost to Roger Federer in the quarterfinals. The British No. 1 is one win away from reaching his fifth final at the Australian Open; Murray has not reached any other Slam final more than twice.

Murray’s problems in finals at the Aussie have been different in different years. In 2010, he just wasn’t quite mentally ready to take on Federer in a Slam final, and it showed. In 2011, 2013, and 2015, he met an in-form Novak Djokovic, who was basically playing unbeatable levels of tennis.

Djokovic and Federer have looked close to unbeatable this tournament as well, but Murray himself has been no slouch. Murray’s problem is that his style isn’t made to win against Djokovic–and certainly not on the Plexicushion surface in Melbourne that so perfectly suits the Serb’s game. Murray would almost certainly rather see Federer win his upcoming blockbuster semifinal against Djokovic.

We are getting ahead of ourselves, though. Murray just moved into the semifinals with an impressive win over Spaniard David Ferrer. When Murray and Ferrer meet on a tennis court, the result is always entertaining, and this year’s quarterfinal did not disappoint. Even though the outcome is never really in doubt anymore–Murray has won their last six meetings, including this one–their complimentary styles generate some classic highlight-reel points.

The match was even through the first two sets, after which tournament officials closed the roof with the threat of impending rain. Ferrer argued against the decision as it wasn’t raining yet, knowing that the indoor conditions would benefit Murray. It would not be fair, however, to credit the roof with Murray’s win, as Murray’s stronger shots from the baseline eventually wore the Spaniard down.

Murray has not been troubled much in this tournament on the court. He dropped a set in the third round against Joao Sousa and he just lost another set against Ferrer. He has managed to coast through into the semifinals. It is entirely possible that Murray’s first real challenge will only come in the final. Still, the Brit has done well to avoid any upset until now.

If Murray wins this tournament, no one will care about the path that he took to get there. It won’t matter that he had the mathematically easiest draw possible; just that he finally won the tournament he has had the most chances in his career to win.

For Murray, the Australian Open will be a great success if he wins and be just another good showing if he doesn’t. It is not fair to Murray that the tennis world downplays any result in a Slam event other than a win, but this is the “Big 4” era, and he’s one of the Big 4, so our expectations for Murray are the same as our expectations for Federer, Djokovic, and Nadal, even though he has to play one of them every single time. Six semifinals in seven years would be an incredible result for any player at any other time in tennis history. For Andy Murray, in the “Big 4” era, it’s just not enough without a title.