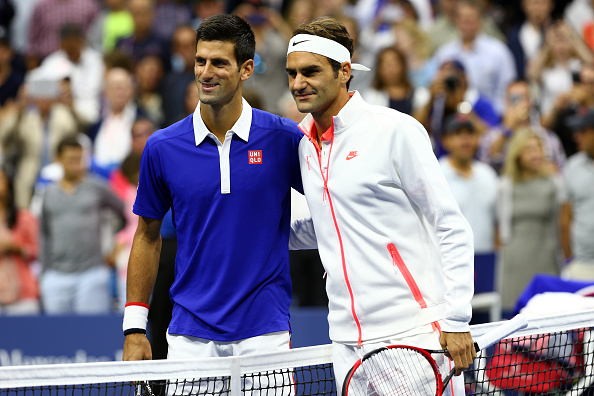 Another edition of the most relevant current rivalry in tennis arrives on Thursday evening (3:30 a.m. Eastern in the United States), as Roger Federer and Novak Djokovic face off for the 45th time in a titanic Australian Open semifinal.

The rivalry has clearly shifted in best-of-five-set matches, as Djokovic has largely owned Federer in Grand Slams three years running. Federer’s last win in a best-of-five match came in 2012 at Wimbledon. However, Federer’s game remains undeniably sharp and Djokovic has shown a wobble or two during this fortnight Down Under. Expect nothing less than an ultra-competitive and enthralling match despite Djokovic being the clear betting favorite. The Serb may have defeated Federer in a pair of four-set Grand Slam finals last season, but the yearlong record was only 5-3 in Djokovic’s favor.

This meeting is not in a final, unlike their previous three Slam meetings, but the match has massive implications for both players.

Should Djokovic win, he’d enjoy a head-to-head advantage over his three main generational rivals in Fed, Rafael Nadal and Andy Murray. Novak and Roger have won 22 matches apiece heading into the Aussie semis, a rather remarkable statistic given the crossover of their respective primes. Federer took a steep early lead in the previous decade, before Djokovic — beginning with his breakthrough 2011 season — evened things up in recent years as the ATP’s most dominant player of this generation.

Given where each player is in his career, there are legacies to consider. Federer (age 34) leads Djokovic (age 28) by a 27-18 margin in Slam finals reached and holds a 17-10 advantage in titles. One more of each for Federer, who is in an Aussie semifinal for the 12th time in 13 years, would not only boost his tallies but do so at the expense of Djokovic, who has more time in his career to chase down Federer’s numbers. Make no mistake, the winner of this match will be the odds-on favorite against the winner of the other semifinal on Friday (also 3:30 a.m. Eastern) between Andy Murray and Milos Raonic.

For Federer, Djokovic has become what Nadal was to him a decade ago: A punishing defender who can expose his few minor flaws and rise to the occasion with more regularity on any surface, especially over five sets. Novak has denied Roger an 18th Slam title in three of the last six major tournaments — 2014 and 2015 Wimbledon plus the 2015 U.S. Open — and each was crushing to Federer in its own way.

That 18th title is important to Federer, not just for another notch up the tennis ladder, but spanning the sports pantheon. He and Tiger Woods famously texted each other about their major totals, with Woods always chasing Jack Nicklaus’ record 18 major titles on the links. Federer has somewhat surprisingly dusted Woods in that regard, but he hasn’t fired off any gloating texts since his 2012 Wimbledon title.

The elder statesman certainly can’t claim No. 18 without going through Djokovic, a modern-day Michael Jordan in the making to Federer and Nadal’s “Magic and Bird” precursors. Those players put together some astonishing runs, yet they never put together a season quite like Djokovic’s 2015, especially adjusted for competition. 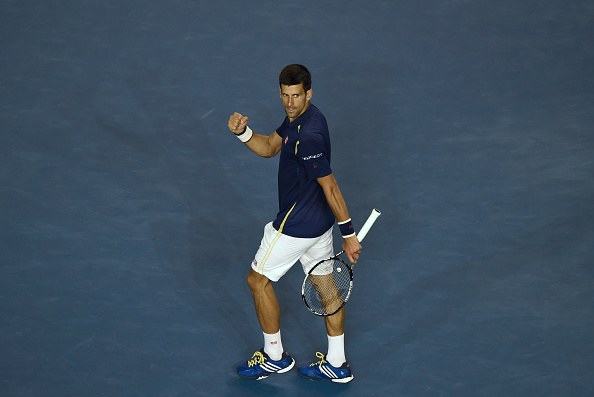 Djokovic has won 37 of his last 38 matches in Melbourne, good for four Australian Open titles in five attempts. He has won 44 of his last 46 Grand Slam outings, a remarkable run of consistency against a deeper ATP than Federer or Nadal faced last decade.

So for Federer, this isn’t quite beating Nadal in Paris from 2005-2008, but it’s as close as he can get. He has little to prove with a remarkable two-year flourish — the Swiss keeps extending his inevitable career twilight. That said, a win over the unquestioned king of the tour and a subsequent fifth Australian Open title would represent perhaps his most satisfying conquest yet.

Beyond Djokovic’s formidable presence, conditions line up well for the top seed. The match will be at night, and a rainy forecast could close the roof on Rod Laver Arena. Novak already prefers hard courts to any other surface — he’s won seven of his 10 Slam titles on the blue courts. A night match keeps the court playing slower, and that’s compounded if it becomes an indoor match.

That will deaden the pace on Federer’s potential forehand winners, allowing Djokovic to chase them down and drastically widen the court. It’s the way he’s traditionally beaten Federer, arguably even on the Wimbledon grass, and it could be the trump card in an otherwise close matchup.

Even with Novak’s credentials, you could argue Federer’s been in better form during this event. While he’s played only one more set than his Swiss counterpart, Djokovic was pushed to the five-set limit by Gilles Simon in the fourth round, committing a hard-to-believe 100 unforced errors in victory.

You don’t get to claim you’re near top form when you’re a match removed from that. It was only reaffirmed when Kei Nishikori returned the favor in Djokovic’s quarterfinal win by doubling Novak’s “UFE” total. Djokovic has shown enough vulnerability that Federer can realistically envision frustrating the top-ranked player if he delivers a relatively clean match himself.

Federer can’t count on anywhere near a triple-digit error count, but there are clear avenues to the upset. The No. 3 seed needs his serve to be robust and consistent, offering at least the threat of an ace on first serves or a wide kicker on second serves. He could use a first-serve percentage around 70%, winning 75% of those points, both marks Federer reached during the duo’s classic five-set struggle at Wimbledon in 2014, which Djokovic won in nearly four grueling hours.

On that front, Federer likely needs to limit this match to a four-set maximum while winning the opening stanza. Fed may be a legitimate threat to Djokovic, but almost nobody is physically equipped to withstand a five-setter or come from behind against Novak right now in a hardcourt Slam semifinal. Djokovic can play defense for hours and still catch second and third winds. Federer has no choice but to get a fast start.

While Federer-Djokovic XLV will be in the wee hours for Americans, it’s still a must-watch. This is one of sports’ premier matchups, always compelling and capable of producing individual greatness. Even if the results have skewed toward the Serbian lately, these meetings have been far more competitive than than the Serena Williams-Maria Sharapova series. Federer-Nadal has, in recent years, failed to match the soaring heights the rivalry attained in its heyday in the previous decade. Djokovic currently runs Nadal off the court. Federer-Djokovic has been the most consistently competitive Big Three rivalry.

Of course, Federer’s demise has been imminently predicted for a half-decade now, and he keeps defying the predictions by landing in yet another Slam semifinal. A win over Djokovic on this stage (and an ensuing win on Sunday) would be the last hurdle for a truly fulfilling ride into the sunset, whenever that may be. It’s Djokovic who has shown an uncanny ability to keep Federer striving for it, usually a crucial point or two short.

Who knows how many more of these we’ll get at the business end of Grand Slam tournaments? That’s why you have to tune in, even in the middle of the night. It’s Fed-Nole XLV, the Super Bowl of tennis this January.