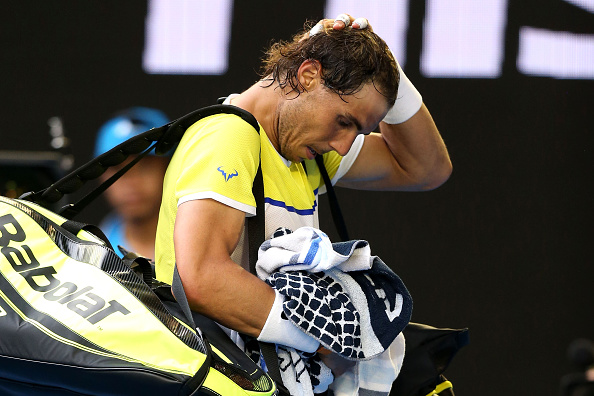 We have our first major upset in the new season of Grand Slam tennis.

Fernando Verdasco outlasted No. 5 seed Rafael Nadal in a 4:41 shocker during the Australian Open’s first round in Melbourne Park. The ramifications will loom over the next four months, leading up to the French Open.

This come-from-ahead defeat — Rafa led two sets to one — showcased all of Nadal’s question marks. For an all-time great who had so much to prove after a humbling 2015, this looked like more of the same and nowhere close to a return to form.

Verdasco has now beaten his fellow countryman in three of their last four matches. That would have been an unheard-of run against a vintage Nadal. Tuesday afternoon in Melbourne, there was just no intimidation left for the previously indomitable legend. While the match was reminiscent of their epic 2009 meeting Down Under, Nadal won almost none of the crucial points, once a hallmark of his game.

Simply put, Verdasco responded to a mid-match swoon (when he lost consecutive sets) by pummeling Nadal with his forehand and putting Nadal on the defensive. Amazingly, it was Verdasco who dictated the terms while making every key shot in the final two sets. Verdasco actually won the last six games, rebounding from an 0-2 fifth-set deficit (and saving a break point when serving at 0-2) to overwhelm Nadal in the match’s fifth hour. 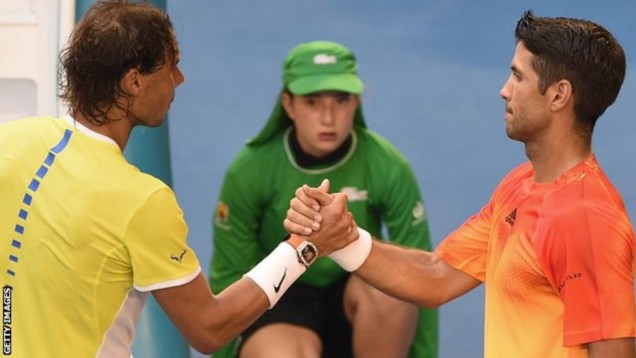 It’s a satisfying moment for Verdasco, who was no doubt a tough draw for Nadal at No. 45 in the ATP rankings. Yet, it’s hard to envision a deep run for the Spaniard after a grueling match in the late afternoon heat on Rod Laver Arena’s hardcourt surface. This match ultimately said far more about Verdasco’s counterpart and the dwindling of his greatest assets.

Nadal opened 2016 with an encouraging run to the finals in Doha, but the optimism attached to that achievement was immediately crushed by a 6-1, 6-2 defeat to Novak Djokovic. There was no sea change, just more proof that the pair’s rivalry was on life support. There was no great resurrection for Nadal, but there was also no indication the 14-time major champion was headed for an opening-round flameout in Australia.

Entering this season, it was fair to say Nadal needed to shorten points and flatten out his groundstrokes to preserve his body. After all, his signature style was predicated on the use of a physicality he had seemingly mastered, only for Djokovic to subsequently perfect that approach. Five months away from turning 30 years old and riddled with injuries in recent years, Nadal had to show he was capable of adapting.

The ability to adjust and make fundamental revisions to one’s overall plan is something Roger Federer has proved particularly adept at doing. The Swiss finally went to a bigger racquet a few years ago, and he has tried to keep his reflexes sharp with the use of the so-called “SABR” tactic. Federer remains a foremost contender on tour. His late-career shifts have helped him to keep his place at the top of the sport, albeit a few notches below Djokovic. Nadal entered Australia attempting to find his own winning formula — based partly on longstanding virtues, but also founded on the cultivation of new weapons. He didn’t have to win the tournament to create a positive experience. He did need to walk away from Australia with a sense that his game was rounding into shape.

He didn’t reach that goal in Melbourne. Not even close.

In the middle sets, Nadal seemed to push Verdasco off the forehand, allowing him to earn some cheaper points. However, once some fatigue set in on both sides, it was back to Nadal’s comfort zone. Once upon a time, that would have meant fearsome court coverage. That would have meant a serve which could bail him out. For this iteration of Nadal, it meant something quite different: a lot of open lanes down the lines for Verdasco, clearly frustrating Rafa in the process. It also meant some crucial double faults and a lifeless second serve. It was honestly jarring to watch Nadal flail around in the match’s defining moments. 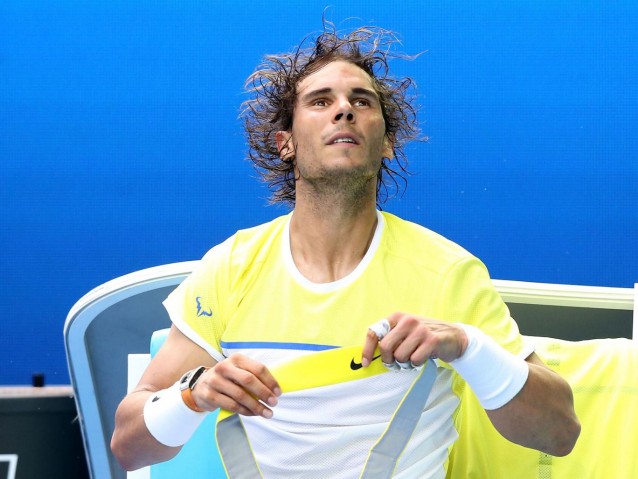 Ultimately, Nadal’s seasons always lead toward the French Open, where his signature style has accounted for nine titles. While there’s a lot of tennis left in the months before Roland Garros, this loss robbed Nadal of several opportunities to condition himself and work back to form in five-setters. Remember, this is the third consecutive Grand Slam event in which he’s failed to advance beyond the third round.

For a player whose game was so predicated on outlasting an opponent, that fact that Verdasco was the man who lifted his level in the latter sets should set off alarm bells. Nadal won’t get a chance to re-establish that belief in a five-set match before his favorite tournament.

This was just another reminder that a legend’s decline is rarely as pretty as Federer has made it look. We probably haven’t seen the last of Rafael Nadal as a Grand Slam contender — let’s make that point clear. However, he will never again be Rafa, he of unshakable mental fortitude and unmatched physical prowess.

Fernando Verdasco drove that point home, one sublime and punishing winner at a time.