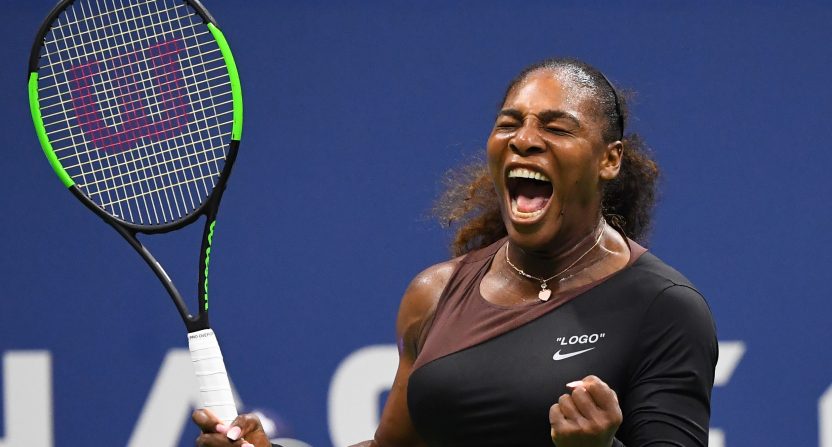 John McEnroe once got in a lot of hot water for saying that if Serena Williams played against men, “she’d be like 700 in the world.” Now that Williams has announced her retirement, it sounds like McEnroe has changed his tune about the tennis legend.

“Serena’s the greatest female athlete, to me, in the history of sports. I don’t care who you could come up with. She’s one of the greatest athletes period – male or female. She’s put herself along the likes of Tom Brady, Michael Jordan, whoever you wanna say … She’s 40 years old. She’s done everything in tennis. She’s got nothing to prove,” McEnroe said to Fox News.

“It sounds like she wants to have more kids, awesome. She’s got a lot of other interests. People want to be a part of what she’s doing. She’ll be doing just fine. We were sort of expecting this to happen. She wanted to win a couple more, one or two more, break the all-time record, win a couple after having her daughter. That doesn’t look like it’s gonna happen but that, to me, doesn’t take away that she’s the greatest of all time.”

That’s quite the turnaround from his comments in 2017 when McEnroe said that Williams would be mediocre at best if she played male tennis players. While there’s truth to the fact that the men’s game and the women’s game are very different, the way that McEnroe went out of his way to drag Williams seemed unnecessary and she responded in kind.

Dear John, I adore and respect you but please please keep me out of your statements that are not factually based.

At the time, McEnroe followed up his original statement by defending himself, poorly.

“She’s the greatest female player that ever lived, then the lady said to me, I don’t remember which one, but she said, “Why did you say woman, why don’t you just say the greatest, you know, tennis player that ever lived?” said McEnroe. “And so then I felt the need, however unfortunately probably, to defend myself. I don’t know, just say what I really felt, which is about what I think she would be.”

Given that Williams will retire with 23 Grand Slam titles, the most in the Open Era, and potentially one ahead, it kinda doesn’t matter what McEnroe thinks. But it’s nice to see he’s come around on her greatness.