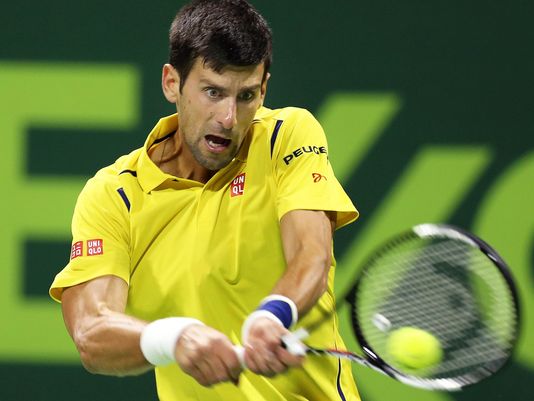 Heading into Saturday, Novak Djokovic and Rafael Nadal had met 46 times, deadlocked at 23 wins apiece. Djokovic broke that tie in the final of the Qatar Open, beating Nadal, 6-1, 6-2.

The win continues a recent trend in the rivalry. Djokovic has emerged victorious in his last five meetings with Nadal, all in straight sets. Djokovic swept Nadal in 2015, including a win at the French Open, where he became just the second man ever to beat the Spaniard at Roland Garros (Robin Soderling was the other, in 2009).

The defeat marks a tough start to 2016 for Nadal, who is trying to bounce back from one of his worst calendar years as a professional. The former world No. 1 saw his ranking slip as low as No. 10 in 2015. He was optimistic about his prospects for 2016, and while this blowout was much more about Djokovic playing excellent tennis, it still represents a sobering moment for Nadal. It shows the 14-time major champion how high he must climb to reach his opponent’s lofty standard.

Meanwhile, Djokovic continues to enjoy his reign atop the tennis world. This victory marked his sixth straight ATP World Tour title and the 60th at the tour level for his career. The world No. 1 is now tied with Andre Agassi for ninth on the all-time titles list.

This tournament was the final tune-up for the two stars heading into the first Grand Slam event of 2016, the Australian Open. Djokovic will attempt to retain his 2015 crown in Melbourne when the tournament kicks off Jan. 18.

This year also presents another chance for Djokovic to capture a calendar Grand Slam, something he just barely missed last year. The Serbian reached the final of every event in 2015, winning three — the Australian Open, Wimbledon and the U.S. Open. His only defeat came against Stan Wawrinka in the French Open final.

Nadal, the current world No. 5, heads into Melbourne hoping to win his first Grand Slam event since the 2014 French Open.

Saturday’s decisive loss to Djokovic will motivate the great champion, but Nadal and everyone else on tour knows that motivation alone will not solve the Djokovic equation. By taking the lead in the head-to-head series against Nadal, Djokovic does not have a losing record against any player he’s faced more than four times. Only Roger Federer (22-22) does not have a losing record in more than four matches against Djokovic.

The new tennis season began the way the previous one ended: Novak Djokovic towers over the rest of men’s tennis.