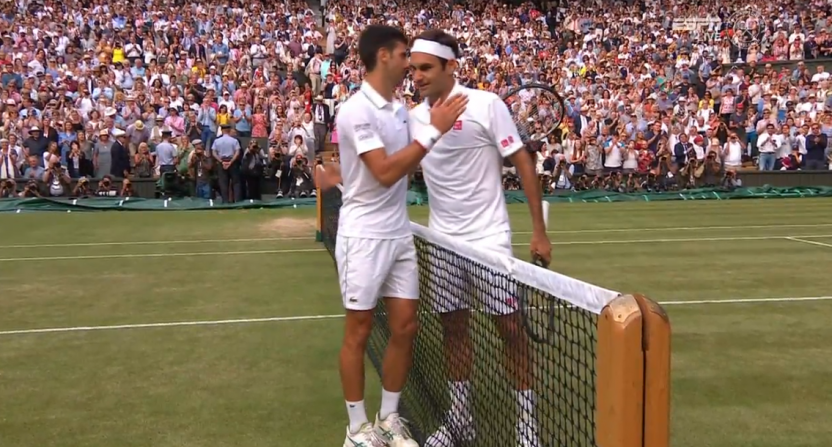 Yesterday, an aging legend lost a Wimbledon final. Today, Roger Federer looked for a time like he would actually end up leaving with his ninth Wimbledon victory. After coming back from a break in the fifth set against Novak Djokovic, Federer ended up with two championship points and an entire stadium behind him.

But he couldn’t convert, and the match ended up extending to 12-12 in the fifth. That triggered for the first time the new fifth set tiebreak rule, which was instituted for the first time this year at Wimbledon. The tiebreak seemed to be what Djokovic needed; once it arrived and he took a few early points, his win seemed inevitable.

And, indeed, that’s what happened:

It was still an incredible, valiant run from Federer, who at 37 may not have many more opportunities. (Although, seriously, it’s impossible to count him out at this point.) But for Djokovic, it’s a massive one; it’s his fifth Wimbledon, and his 16th major overall. He’s already had an astounding career, despite having to play against Federer and Nadal for essentially the entirety of his career.

Those three players have now combined to win 54 slams. We’re probably never going to see another era of tennis like this. Hopefully everyone has appreciated it.