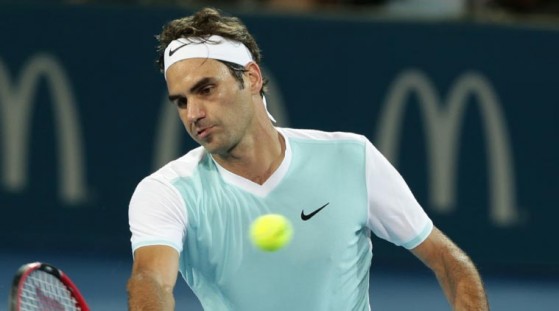 “I regret to announce that I have made the decision not to play in this year’s French Open,” Federer said. “I have been making steady progress with my overall fitness, but I am still not 100% and feel I might be taking an unnecessary risk by playing in this event before I am really ready. This decision was not easy to make, but I took it to ensure I could play the remainder of the season and help to extend the rest of my career.”

This will be the first Grand Slam event Federer has missed since 2000, ending a streak of 65 straight. Federer did say he looks forward to returning to the event in 2017, which is some good news to hear.

The news of Federer missing the French Open should have probably been somewhat expected. In early February the Swiss tennis star announced he had undergone surgery on his knee after tearing a meniscus at the Australian Open. The 34-year old missed the ABN AMRO Tennis Tournament and Dubai Duty Free Tennis championships as a result of the surgery and he has withdrawn from a few other events since. Now his hiatus will include one of the top stops on the tennis tour. The French Open is one of the four Grand Slam events in tennis, joining the Australian Open, Wimbledon and the US Open. Federer’s availability for the US Open and Wimbledon will be determined closer to those events.

Federer won the 2009 French Open with a victory over Robin Söderling of Sweden and has competed in the final four other times, each against rival Rafael Nadal of Spain (2006, 2007, 2008, 2011). Nadal will benefit from Federer’s absence. He’ll be moved up a spot in the tournament as the No. 4 seed. This will allow him to avoid Novak Djokovic, Andy Murray and Stan Wawrinka until the semifinals at the earliest.