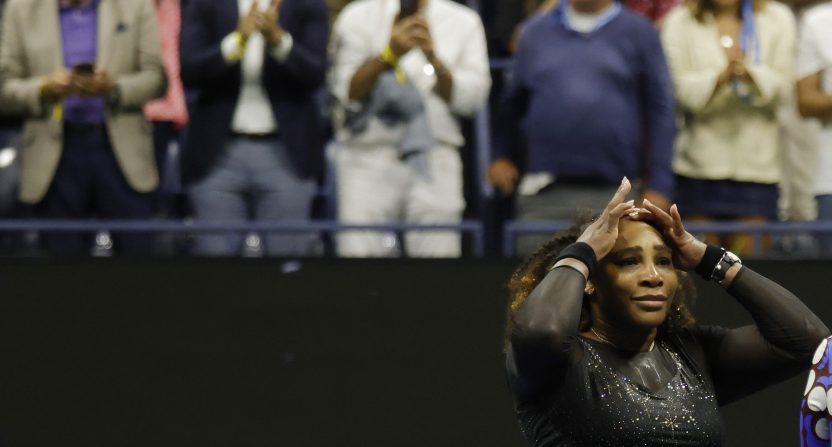 While the tennis world is sharing its admiration for 23-time Grand Slam winner Serena Williams as she prepares to end her illustrious career, 24-time Grand Slam champion Margaret Court seems to feel a bit bitter about it.

“Serena, I’ve admired her as a player,” the 80-year-old Court told the Daily Telegraph in an interview. “But I don’t think she has ever admired me.”

Court went on to say that her Christian beliefs make her persona non grata in the tennis world. The tennis legend, who is now a Pentecostal Christian pastor, infamously opposed same-sex marriage in Australia and has made many anti-LGBTQ statements.

“A lot of the press and television today, particularly in tennis, don’t want to mention my name,” she said. “The honor has not been there for what I did do. In my own nation, I have been given titles, but they would still rather not mention me.”

Court also pushed back on the notion that Williams’ accolades were more impressive, saying that Serena has played longer than she did.

“Serena has played seven years more than I did,” Court said. “I finished in my early 30s. People forget that I took two years out. I first retired … when I was 25, thinking I would never return to tennis.

“I got married, had a baby, but then had one of my best years, winning 24 out of 25 tournaments.”

Williams has also discussed motherhood as one of the primary reasons she wants to “evolve” away from tennis, though Court made sure to note that she accomplished a lot on the court after giving birth.

“I came back after two babies,” she said. “After having the first baby, I won three out of the four Slams.” She added that “Serena hasn’t won a Slam since” having a baby.

It’s not clear what Court has to gain with these comments, other than to drive the wedge between her and the tennis world even deeper. It’s unlikely anyone is going to respond positively, whether it’s Serena or the major tennis organizations.

Whatever fair gripes she may or may not have, Court just sounds bitter and angry about the way she’s seen, and none of that is Williams’ fault.