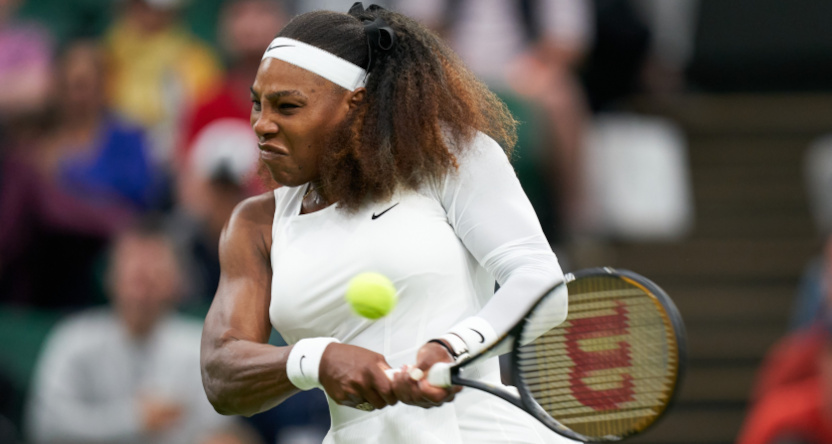 The last time that we saw 23-time Grand Slam winner Serena Williams play competitive tennis was nearly a year ago at Wimbledon, where she was forced to withdraw from the tournament due to a leg injury.

At the age of 40 years old, many questioned whether or not that would be the last time that we would ever see the legendary player compete. But it now appears that will not be the case, as Williams has announced that she will be competing at Wimbledon later this month, referencing that tournament’s location at the All England Lawn Tennis and Croquet Club in the SW19 area of London.

Serena Williams will make her return to tennis at Wimbledon after being out for nearly a year @HighlightHER pic.twitter.com/YpW8s5t5Go

The official Wimbledon Twitter account also confirmed Tuesday that Williams has received one of their wild card spots.

Our 7-time champion @serenawilliams will return to Wimbledon as a wild card this summer for her 21st appearance pic.twitter.com/7ddMAv7mOq

It has been quite some time since Williams (seen above at last year’s Wimbledon tournament) has won a Grand Slam title. Her last Grand Slam victory came at the Australian Open back in 2017.

This news of her return certainly has the attention of many around the sports world, and has many questioning whether she actually has a chance to win after a year away from the sport.

I am SO happy to hear @serenawilliams is coming back!!! Never want to see a great champion limp off a court in tears and never return!!!! Let’s go SW!!!! #comeback

Serena Williams has been officially granted a wildcard into women's singles draw at Wimbledon. The comeback is on.

Go @serenawilliams ! 🎉🎉My forbear was multiple Wimbledon champion – i think it was 9 or 10 times with singles doubles and mixed ! takes discipline & so much more! Congrats for the wild card Serena!!@Wimbledon #tennis https://t.co/rkbHvobr3j

Serena Williams confirms she is coming back on tour after one year to play Wimbledon. Fantastic news for her fans and tennis in general. pic.twitter.com/1UvS1LZ48l

If Serena were to miraculously win her upcoming tournament, it would be a record-breaking performance in the world of tennis. She would become the oldest player in either men’s or women’s tennis to win a Grand Slam title.

Regardless of how she does in the tournament, it will surely be a tremendous moment for tennis to see Williams back in action at Wimbledon. The tournament will begin on June 27.