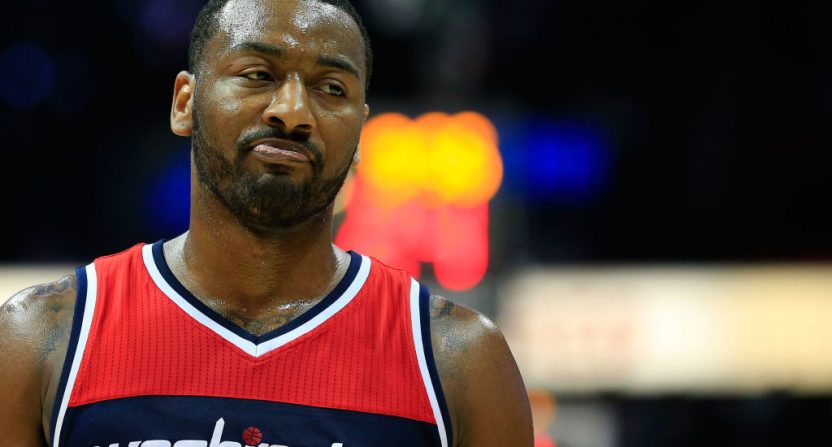 A brutal day to be a D.C. sports fan

Wednesday morning in afternoon in D.C. felt like this:

Today's cover: With Caps' Game 7, Wizards' crucial Game 5 and the Nats playing the Orioles, this could be D.C.’s biggest sports night ever. pic.twitter.com/13WGRGwcUl

update: it was not. sorry everyone pic.twitter.com/lwaoYSxrfX

There was a lot of hype in Washington D.C. outside of the world of politics for three reasons:

Wednesday night, a lot of depression:

For all the happiness around the sporting world in D.C. leading into the trio of big games in the capital, there was a lot of familiar sadness Wednesday night and Thursday morning.

Second Wednesday in May, 2015:
Caps season ends in game 7
Wiz, tied 2-2, drop game 5 on the road
Nats come from behind to win in 9th pic.twitter.com/LGbHByVvx5

There’s not much else to say about Wednesday night in D.C. unless we turn this into a political cheat sheet, but we won’t do that to you. 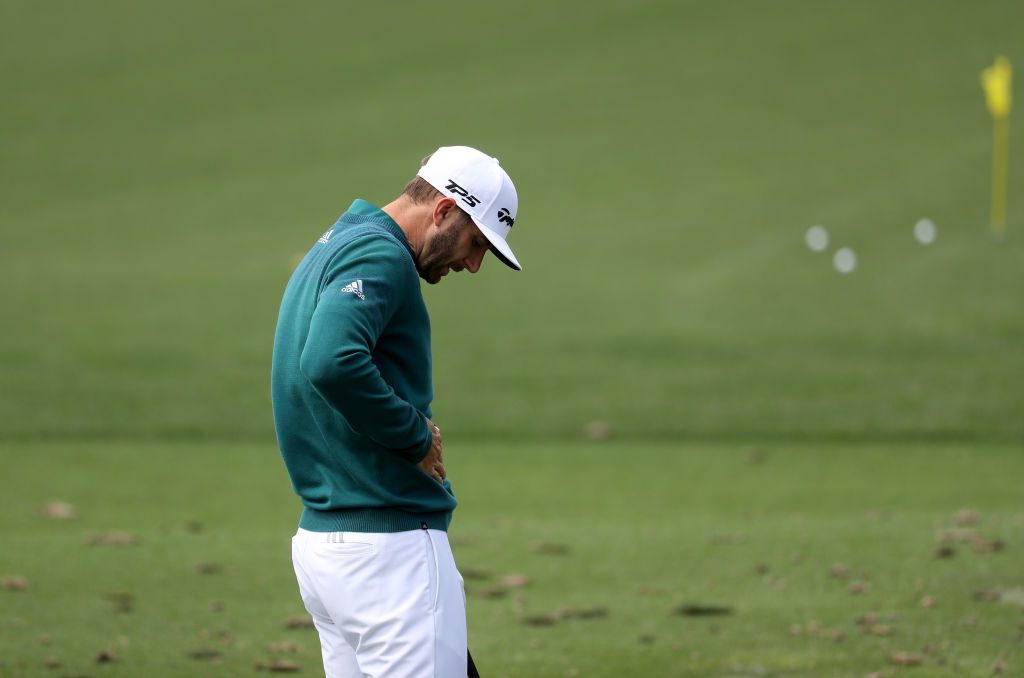 The golf equipment industry is a difficult game these days.

For a long time, companies thrived on rolling out one or two new models or product updates a year, trusting that golf’s demographic would be interested in and willing to shell out to upgrade.

Now, though, things are a bit different. Nike exited the club and ball business last year, freeing up their tour athletes (guys like Jason Day, Rory McIlroy, and the shell of Tiger Woods) to play other equipment if they preferred. Many of those players gravitated toward TaylorMade; all three of those names, for example, started using TaylorMade equipment. Yesterday, Rory McIlroy inked a deal to endorse TaylorMade products, playing a complete set of TaylorMade clubs and a ball.

That made today’s news that Adidas (TaylorMade’s parent company) was selling the brand and exiting the golf equipment business a bit surprising.

Another power player has exited the golf equipment business, with Adidas announcing Wednesday it has agreed to sell its golf brands TaylorMade, Adams Golf and Ashworth to private equity firm KPS Capital Partners for $425 million.

The brands’ sale price is evidence of the fall of the golf equipment market. In 2012, Adidas golf brought in $1.7 billion in revenue. Four years later, total revenue was slightly above $500 million.

FIFA recommended firing the top Ethics Committee members in charge of investigating… you guessed it! FIFA!

Welcome to the new FIFA, same as the old FIFA.

At least that’s what it appeared to be yesterday as FIFA recommended firing Hans-Joachim Eckert and Cornel Borbely, the two highest ranking chairmen of FIFA’s Ethics Committee and two people who had investigated and had taken down former President Sepp Blatter as well as many others within FIFA for various counts of corruption. The final vote to remove those two will take place Thursday.

Just think about this for a second. FIFA, and the president of FIFA, has the power to remove and appoint people in the Ethics Committee. Similar to President Donald Trump firing FBI Director James Comey, this power could easily be abused and set up for both president’s to abuse their power. While one is in sport and the other is in politics and both situations bring very different scenarios and consequences, they’re similar cases.

Eckert is convinced that his firing was a “political decision” and feared that the old FIFA would be back.

College football coaches are always on the go, and sometimes you need a quick pick-me-up in the form of an energy drink or two. Or in the case of LSU head coach Ed Orgeron, eight or 10.

Dang. That’s a lot of energy. Then again, Orgeron is known to pack plenty of energy in everything he does, which is one of the reasons why LSU decided to keep him on board as the football program’s head coach after serving as a player-favorite interim coach last season. But just how many energy drinks is Orgeron putting away on a regular basis? For that answer, we turn to the Dan Le Batard Show on ESPN Radio on Wednesday morning. 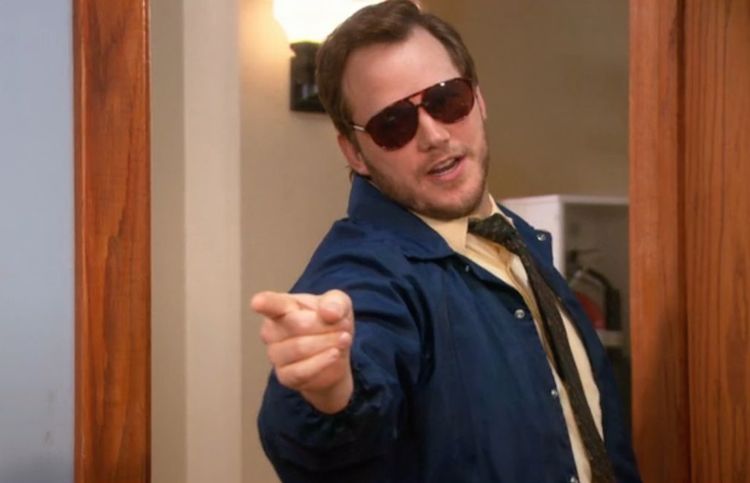 – Burt Macklin for FBI Director. This is a Parks and Rec joke, I promise no more politics.

– Three Illinois football players were arrested for robbery in a “stupid plan.”

A “stupid plan” is certainly what I would call this as three Illinois football players were arrested as part of a home invasion that didn’t go as planned.

In addition to the actual robbery being a stupid thing to do, their plan really fell apart as the person they were robbing recognized one of the players. The football players, Sophomore OL Darta Lee, Sophomore WR Zarrian Holcombe and Freshman DT Howard Watkins wore masks to hide their appearance but the victim recognized one of them when they spoke.

– Jim Boeheim is going to coach for however long he wants and damn it that’s a great thing.

Jim Boeheim's gonna be around for another five or six more years? #BoeheimForever (h/t Bdscott3) pic.twitter.com/0dlM5izDRf

– A Cal rugby player was paralyzed in National Championship game. During the title game victory against Arkansas State, sophomore Robert Paylor was injured in a collision that left him paralyzed in his lower body.

– A chef is recreating NBA players’ signature shoes with sushi.

– 7-Eleven made a new Twix donut that will probably be hard to digest one would think.

– Sabrina Parr has gotten herself involved in yet another controversy around the Cleveland Browns, and this time it involves Jabrill Peppers. Parr went on ESPN 850’s Real Big Show Wednesday morning and said Peppers is “on the lean and the molly” (“the lean,” as per Urban Dictionary, is a mix of promethazine with codeine, Sprite and Jolly Rancher candy, while “molly” is MDMA, or ecstasy) and “high all the time,” and also accused Browns’ veteran tackle Joe Thomas of being on drugs.

Awful Announcing later learned from multiple sources that ESPN 850 has parted ways with Parr in the wake of this incident.

– Gamestop gave an 11-year-old customer a heck of a deal on some meth.

According to the internet, 6 grams of Meth is worth 480 dollars. Odd the one time someone gets a deal at Gamestop, it's on drugs 😛

– Our own Sam Blazer wrote a wonderful tribute to Christopher “Big Black” Boykin.

– If you like Michelob and want one of 95 free cases of beer, root for Brooks Koepka to hit a hole in one during one of 10 PGA events this year.

Beginning tomorrow, sign up for A Round on Brooks by texting “ULTRA” to 55999 or by going to https://t.co/HAR0wIz0EG. https://t.co/8wVxl4pvmU

– Before playing in game 7 on Wednesday night, Connor McDavid took part in the most awkward photo ever.