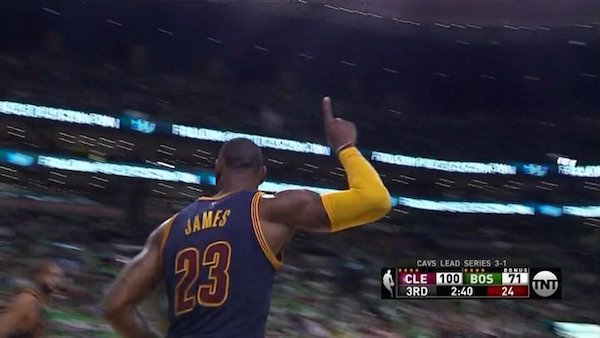 Remember last year when the Cleveland Cavaliers and the Pittsburgh Penguins captured their sports’ championships? Well after Thursday’s events, each team is only four more wins away from making that happen again this year.

This should please all of those people who hate parody in their favorite sport (insert SpongeBob meme here).

With that being said, let’s get to today’s Cheat Sheet.

The Cavs clobber the Celtics and, surprise, LeBron James is playing in the NBA Finals. It’s only the seventh straight year this has happened.

It was all Cavaliers as soon as the ball was basically tipped-off. The Celtics were clearly not prepared for a team they had just played four times in a row.

Up 3-1 in the series, the @cavs jump out to an early 14 to 5 advantage in Game 5.@NBAonTNT pic.twitter.com/PXcxAhhiNd

Basically when your 6-foot-1 guard is trying to defend LeBron James, it’s pretty much the same thing as waving the white flag.

After just one quarter, the Cavs had already set a team-playoff record for points in a quarter with 43.

The @cavs‘ 43 points in the 1Q of Game 5 was the most in #NBAPlayoffs franchise history. pic.twitter.com/RqDx2aTJXM

Even some dude named Deron Williams joined in on the Cavs scoring extravaganza Thursday night. The kid seems like he has a bright future in this league.

By the end of the first half, Cleveland had scored 75 points and the Celtics were ready to clean out their lockers. But unfortunately for Boston, they still had to come out for the second half and continue their beating from the Cavs. And continue it the Cavs did.

GET OUT OF THE WAY!

In the end, Cleveland proved to be too powerful for the Celtics, and the Cavs won by a final score of 135-102. With the victory, Cleveland won the playoff series four games to one and will move on to their third straight NBA Finals.

The Cavs will head to the west coast to face the Golden State Warriors in Game 1 of the finals next Thursday, June 1st. Hopefully people will watch.

It took a bit before anyone was able to get the puck in the net, but midway through the second period the Pittsburgh Penguins took an early 1-0 lead over the Ottawa Senators.

What a damn play by Sheary to spring the Kunitz goal pic.twitter.com/LeCpxO6hWM

However, the Senators only needed 20 more seconds before they scored their first goal to tie the game at one goal apiece.

With under 10 minutes left in the third period, a Justin Schultz goal on a power play gave the Penguins a 2-1 lead and the sweet aroma of victory was beginning to smell a little stronger.

But a Penguins celebration would have to wait a bit longer after Ottawa responded with a goal of their own to tie the game up at 2-2 and send it into overtime.

Dzingel ties it up for the Sens pic.twitter.com/GXFmF70KgP

After no goals in the first overtime period, the two teams came back out on the ice for a second overtime and Pittsburgh made sure there would not be a third happening on Thursday.

With the win, the Penguins will now head to their second straight Stanley Cup Final and face off against the Nashville Predators. Game 1 is in Pittsburgh on Monday. 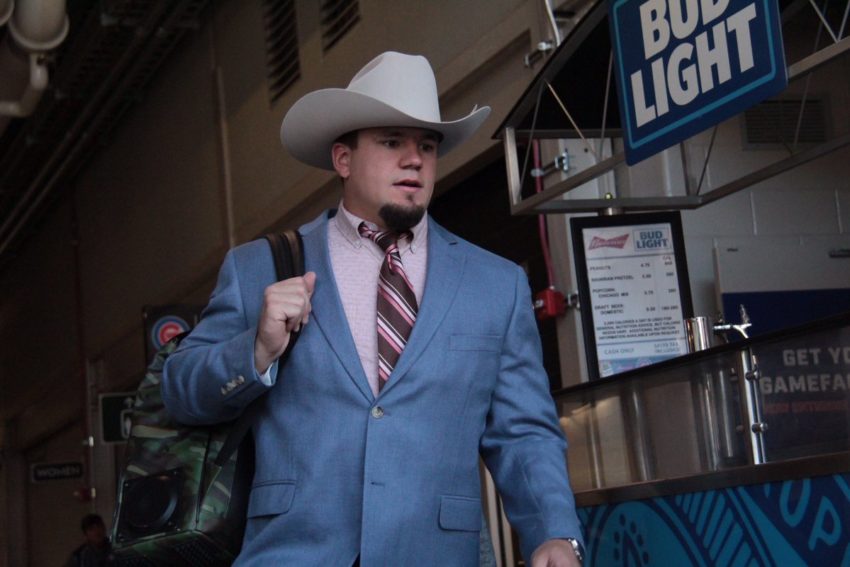 – After the Atlanta Falcons tried to get cute with the Tampa Bay Buccaneers on Twitter, the Bucs responded with some Hall of Fame trolling of their own.

– The Los Angeles Lakers have hired the same trainer that reportedly helped sculpt Kim Kardashian’s famous bottom. However, her plastic surgeon may have something to say about that…

The Lakers hired Kim Kardashian’s trainer which means Lakers players are going to have the biggest ?’s in the NBA. #LegDayEveryday

– Former New York Giants wide receiver Victor Cruz has signed a deal with the Chicago Bears. I’m not sure how well salsa and deep dish pizza taste together though.

Salsa dancing coming to the NFC North (if the Bears ever score a TD) https://t.co/2ziFs34NyN

– Hey you’re not going to believe this, but Richard Sherman is complaining about something again. It’s just about the quarterback and coach that led his team to the Super Bowl. Normal stuff.

In another timeline there is marriage counselor Pete Carroll, I know it pic.twitter.com/ly51QDxWes

– Actor/Comedian T.J. Miller has decided that the fourth season of Silicon Valley is going to go down as his last. Apparently the bartender from Deadpool is too cool to hang out with a bunch of nerds.

– Have you ever wanted to look like Leonardo DiCaprio from The Man in the Iron Mask but have the mask be made of bubbles instead? Well now you can!

I tried one of those bubble masks last night & I’m obsessed but I did learn not to put it near your nostrils or it will try to smother you. pic.twitter.com/iHE1LvUnal

– If a kid is ever trying to get their parents to buy them ice cream, accusing his or her teacher of a war crime should do the trick.

My daughter actually submitted this feedback at school. Not sure if I should ground her or buy her ice cream… pic.twitter.com/4v8Gjb9riv

– LeBron and the Penguins can have their silly trips to the finals, no one had a better day than the guy who set the Plinko record on The Price is Right.

A Price is Right contestant broke the Plinko record this morning!!

I don’t think I’ve ever been more happier for anyone in my whole life… pic.twitter.com/YSzmY9RGmn

– The upcoming season of Game of Thrones will reportedly only be six episodes long. So after the season premiere, the season will almost be halfway over. Start preparing now.

– Baseball can sometimes be a drag during the month or May (maybe because they still have 274 games left in the season), so that’s why the Chicago Cubs dressed like Anchorman characters for their road trip.

Ron burgundy theme trip to LA and San Diego. So in case anyone was wondering… yes Sex Panther is in play pic.twitter.com/iDyqzvzEaG