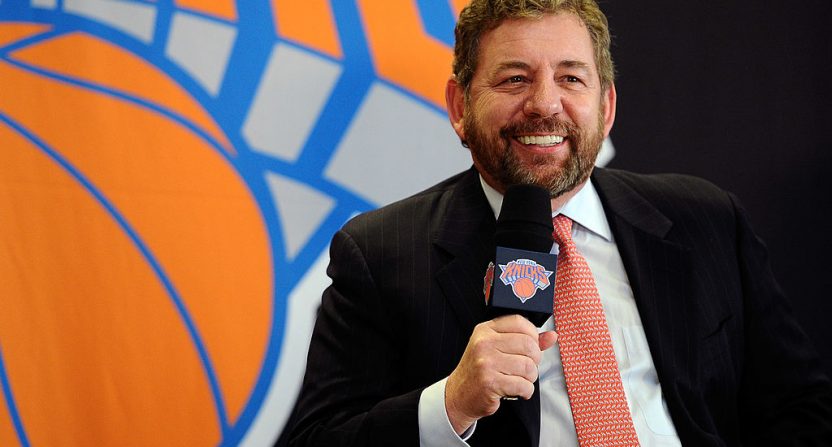 On a day in the United States and around the world where a handful of major political stories came out, the sports world was also busy with big news: Charles Oakley and the New York Knicks are near the end of their weird saga, the Toronto Raptors traded for Serge Ibaka, the NFL released a brilliant ad, a USOC scandal, and the Montreal Canadiens made a shocking move.

The Charles Oakley saga is (almost) over 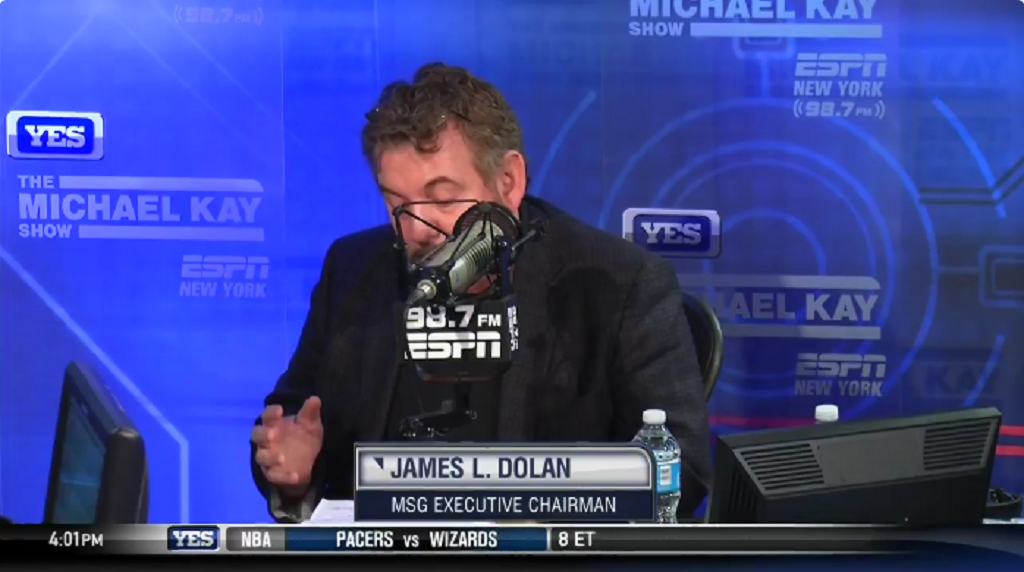 This Charles Oakley saga is ridiculous.

Thankfully, in this volatile world, the latter scandal is finally starting to dissipate. Dolan has decided after meeting with Michael Jordan and Adam Silver that he will allow Charles Oakley, one of the best players in the history of his New York Knicks, to come back to Madison Square Garden

Now Oakley is un-banned, but he still wants Dolan to apologize. That’s reasonable.

Serge Ibaka is moving from Orlando to Toronto

The Toronto Raptors might have gotten the final piece to their Eastern Conference Title puzzle in the form of power forward Serge Ibaka.

Toronto will send lower of its two first-round picks to Orlando in 2017, league sources tell @TheVertical. Toronto has the Clippers' pick.

Sources: Toronto is trading for Ibaka with intention of trying to re-sign him in free agency this summer. Masai Ujiri has long coveted him.

The 27-year-old is averaging 15.1 points per game, 6.8 rebounds and 1.6 blocks. While he’s not the dominant shot blocker he was with Oklahoma City in previous seasons, Ibaka’s still an excellent two-way player, capable of extending the floor. Sliding into an offense in desperate need of production at his position should give Ibaka plenty of chances to shine.

The kiss cam has led to many awkward and funny moments over the years, but the NFL partnered with creative agency R/GA and The Ad Council to feature the kiss cam in a more meaningful way in the newest installment of the “Love Has No Labels” campaign.

The ad starts with the videoboard at the Pro Bowl in Orlando focusing on a man and a woman before the man turns to his right to kiss his husband. From there, the video shows various loving relationships, romantic and not, human and mascot.

Here’s what the ad spot’s executive creative director Chris Northam had to say about it in the Wall Street Journal:

“We noticed that [the iconic kiss cam] was often focused on traditional notions of love. We thought, what if we could showcase a more modern take? … We hope it does cause conversation and, more than anything else, that the fans embrace this message and help spread this movement.”

USA Taekwondo failed to ban a coach believed to be abusing multiple girls because they feared a potential lawsuit. When presented with the information in search of additional help, the USOC failed to do any better until the taekwondo coach was convicted of his sexual abuse crimes. That’s simply not good enough.

The Washington Post shared an investigative report detailing the lack of action taken by the USOC in response to the sexual advances of taekwondo coach Marc Gitelman from 2010, and it is damning to put it briefly. Gitelman reportedly provided alcohol to minors and sexually abused young taekwondo athletes training for the Olympics in 2010, as told by one of his victims, Yasmin Brown. Brown was 16 at the time she was abused, as she tells in her story.

The issue was passed on to the USOC instead, and nothing got any better when such a simple solution was sitting in front of all involved.

But in the following months, the USOC did not intercede to protect the girls, documents show. While the organization entrusted by federal law to oversee Olympic sports in America stood idle, Gitelman continued to coach alongside Brown and other children for more than a year. In September 2015, Gitelman was convicted of sexually abusing Brown and one other girl. Two days later, USA Taekwondo banned him from coaching.

Julien is, and was, at the time of his firing in Boston, one of the league’s best coaches. A Stanley Cup Champion in 2010-11, Julien led the Bruins to 10 consecutive winning seasons before getting axed in 2016-17. The 56-year-old often brings out the best in his players, as his teams routinely play efficient and generate a plethora of shots. Julien coached the Habs for two-and-half seasons from 2002-2005. 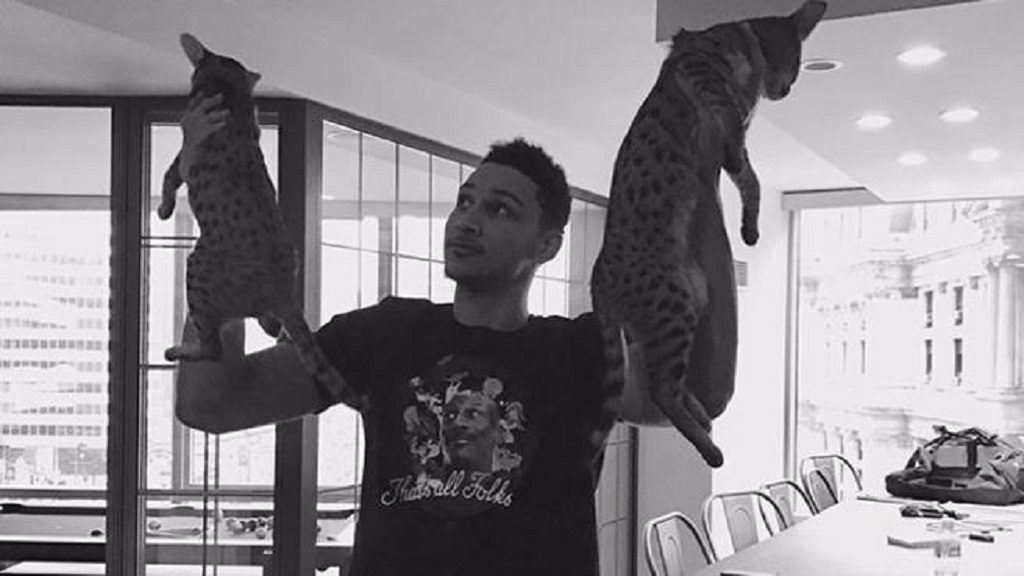 – So the NBA is starting to sell an interesting item: “raise the cat” shirts. Don’t believe me? Read this because the story is getting crazy and could involve a lawsuit.

– College football could start easing up on its crazy targeting penalties.

“We still want to the official to throw the flag there,” Halpin said. “But if replay says there’s a little bit of contact on the shoulder and it’s more because the player adjusted and it wasn’t a dangerous attempt by the player delivering the contact, then maybe that player deserves to stay in the game. It’s a reasonable thing to go with.”

– Have you always craved a croissant at a McDonald’s? Soon you’ll be able to fulfill that craving!

McDonald’s went the extra mile with this new effort by hiring French designer Patrick Norguet to lead the effort. These won’t be available just anywhere, however. Instead, you will have to seek out the one location that was given a complete French makeover recently in New York. The location is the first McCafe location, the next stage in the restaurant chain’s efforts to compete more with the likes of Starbucks and Panera Bread by branching out from the signature stops marked by the golden arches, burgers and fires.

– Speaking of fast food, have you ever wanted Burger King and Popeyes to combine and make a crazy Burger Popeyes King restaurant? Your dreams may soon be fulfilled!

– Have you ever wanted to get married at a Taco Bell? You soon may be able to!

– The NFL issued a warning, but no punishment, to the Seattle Seahawks for the Richard Sherman injury report controversy. Not everyone is happy about it either.

– A Kansas City Royals pitcher will have to sit out for eight weeks with a broken rib after he fell through a barn roof.

Brian Flynn fell through the roof of his barn in days before camp, Ned Yost said. Suffered broken rib and some other injuries. Out 8 weeks.

– ESPN recently canceled the Sports Reporters and Mike Lupica is not the reason why.

ESPN has issued this statement from President John Skipper denying that Lupica was the main reason for the cancellation of The Sports Reporters:

“The story suggesting that the decision I made about the future of The Sports Reporters had anything to do with Mike Lupica is completely inaccurate. Mike has been a constant throughout the show’s long history and played an important and constructive role in the difficult transition following the tragic death of his good friend and long-time host John Saunders.”

– NFL ratings were down at times this year and a study says legal sports betting could help increase them. That seems like a no-brainer right?

– Peter King called out Bleacher Report for an interesting reason.

– And finally, James Harden roasted Stephen A. Smith for a great reason.

In all seriousness, I had a great time shooting around with @stephenasmith. Good convo, good vibes.

An old video, but absolutely fascinating.