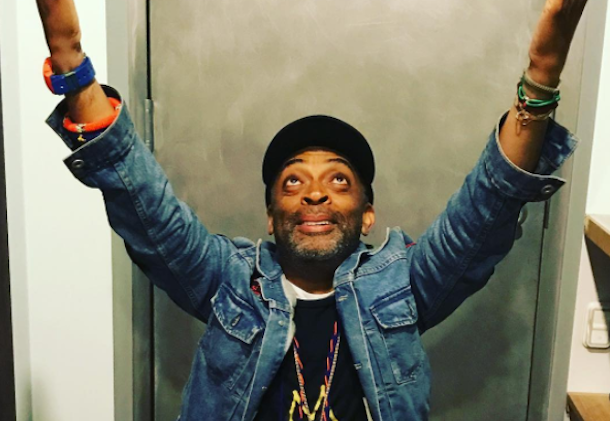 It did not take very long on Wednesday for major sports news to break. Phil Jackson leaving the Knicks seemed like it would be the biggest event of the day until a trade involving Chris Paul to the Rockets was announced. Oh, and the Cubs felt it was necessary to visit the White House for a second time after their most recent World Series win for some reason.

But with that being said, let’s get to today’s Cheat Sheet.

Word has been spreading around that the Clippers were going to blow up the core of their roster this summer and it was proven to be true on Wednesday after reports began to emerge of the team agreeing to a trade that would send Paul to the Rockets.

The news was a bit of a shock, but not when considering how the current landscape of the NBA is. Players are realizing they need to team up with other stars around the league in order to capture a championship.

Something that Paul will no longer be trying to do with the Clippers.

Other NBA players and sports figures took to social media on Wednesday to react to the news.

My brother off to a new journey! Best of luck @CP3!! H-Town y’all got a great one coming to your city. #BrotherHood??

When friends of mine are happy then I’m equally as happy for them. Congrats to my brother @CP3 on choosing his own direction. #Brotherhood

What’s going on NBA world lol? I finish a workout and CP a rocket ?

Gonna miss @CP3, been thru a lot of wars, battles, ups & downs together the last 5 years.. One of the best pg’s EVER. #brotherregardless

Cp3 to the rockets? That’s real

Paul also took some time on Wednesday to express thanks to the city of Los Angeles and Clippers fans.

So why did the Clippers actually decide to trade away one of their best players? Apparently Paul’s relationship with Los Angeles head coach Doc Rivers had a lot do with it.

Jackson will forever be remembered as one of the greatest head coaches in NBA history. His work in the front office however, is something he likely hopes that people opt to forget.

On Wednesday, the Knicks and Jackson agreed it was best that the two sides end their current relationship.

The Knicks have made it official. pic.twitter.com/khsutN7luY

Needless to say, a few Knicks fans were happy about the move (okay, maybe a lot more than a few).

With free agency set to start very soon, the Knicks now need to find someone to replace Phil. They reportedly already have someone in mind.

– So that Tim Tebow guy who used to play football (sort of) and now plays baseball (sort of) cranked a home run out of the park on Wednesday during his first game after recently getting “promoted” to the Florida Gulf Coast League.

Tebow with a 2-run HOMER in the second to give the Mets the lead! #STLMets pic.twitter.com/ie7S8Ycihy

– Tennessee Titans cornerback Logan Ryan gave his brother an amazing birthday present by paying off his $82,000 in student loans. Hey Logan, if you have any extra cash laying around, let me know.

Surprised my big bro and paid off his student loans for his 29th Bday.. #Family #FinallyFree https://t.co/K7cKRRj1ze pic.twitter.com/56fLEP8Zwa

– Chicago Cubs outfielder Albert Almora, Jr., conveniently had to stretch out his middle finger while standing next to President Trump during the team’s visit to the White House on Wednesday.

– Former NFL running back Clinton Portis apparently admitted to wanting to murder his financial advisor that caused him to lose millions of dollars. So there’s that.

Superb @SInow piece by @brianburnsed on how being victimized by fraud nearly led Clinton Portis to commit murder: https://t.co/2QWIiHjVVO pic.twitter.com/DgUOGn6LUx

– The Toronto Blue Jays “fan” that chucked a beer can onto the field during last year’s playoffs has been banned from attending any future MLB games. He’ll never look at a can of beer the same again.

– A Miami Dolphins fan recently got married while wearing a replica team helmet. Hopefully he at least knows Finkle is Einhorn.

You know you have found the one when she buys you a @MiamiDolphins helmet to wear at your wedding so you match your cake topper. pic.twitter.com/9iP7ZhVAhx

– The Portland Trail Blazers traded guard Tim Quarterman to the Houston Rockets for cash on Wednesday, and the Blazers’ Twitter account made the best of it.

“This trade is a blessing. I’m ready to grind, Rip City. I think I can make an immediate impact out on the floor.” — Cash Considerations pic.twitter.com/iRkC5vfwps

– After blaming his own pitchers for allowing opposing teams to steal bases, the Chicago Cubs said goodbye to catcher Miguel Montero on Wednesday.

In honor of Chris Paul getting traded to Houston…