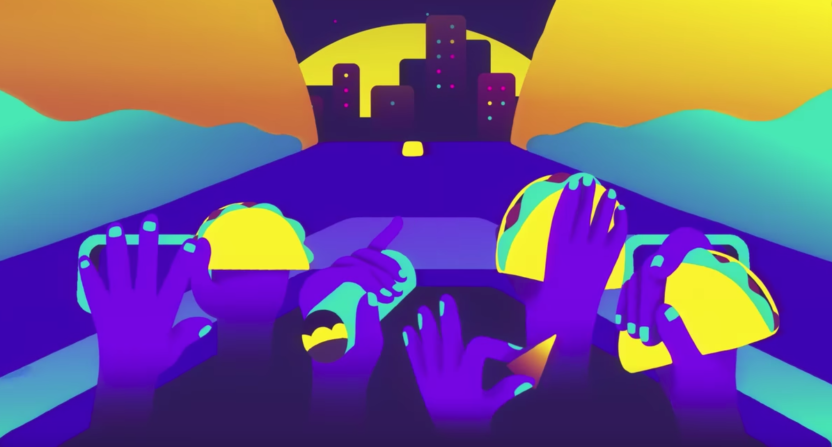 Tuesday came and went and it was a pretty slow day in the world of sports and pop culture outside of ‘Taco Mode,’ Charles Barkley speaking poorly of the Los Angeles Lakers, a rare triple play, the Dallas Cowboys being the Dallas Cowboys, and a troubling study by the New York Times. 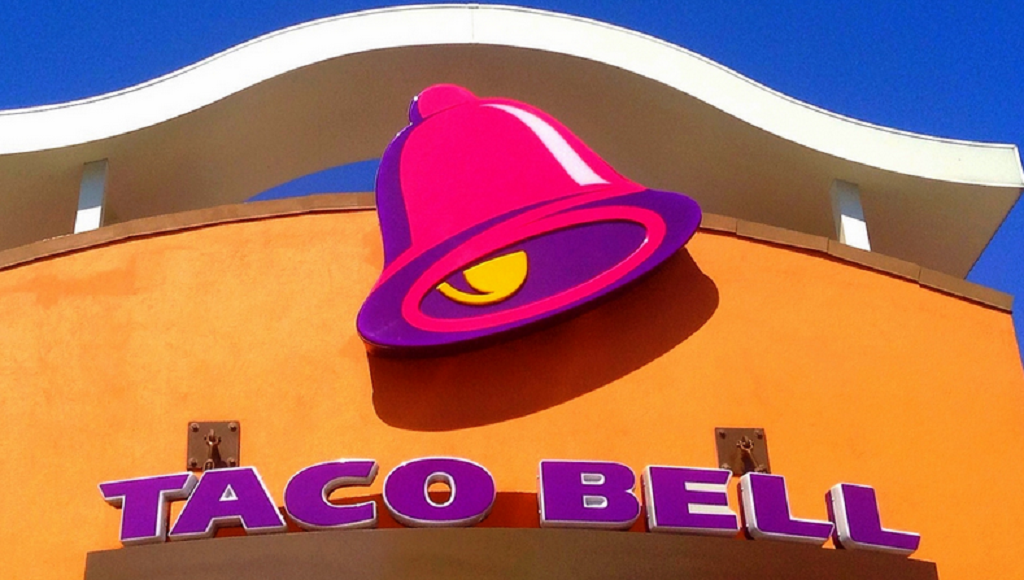 Say what you will about the edible options at Taco Bell, but the most notable purveyor of fast Mexican food is always on the lookout for another opportunity to promote their wares and make it easier for you to eat them at ungodly hours.

They’ve already started offering booze since they know you’ve been drinking anyway, and they’ve even made it possible for you to involve their tacos in your marriage ceremony. Their latest idea? “Taco Mode” ridesharing.

Tuesday, Taco Bell introduced a special option on the Lyft ridesharing app that allows passengers to add a Taco Bell “ride-thru” to their trip. Once you’re in “Taco Mode,” the Lyft map on your phone will change accordingly. The car icons become tacos in transit and, soon enough, “a taco-themed car will pick them up and take the passenger to their next destination: Taco Bell.” There will be approximately 15 Lyft vehicles set aside for such trips and each of which will be wrapped in taco and tortilla chip graphics.

There are plenty of Lonzo Ball haters out there, and it appears Charles Barkey is among them. When TMZ Sports asked Barkley about the Lakers’ playoff chances next season, he responded with a hard no.

Barkley: “The Sixers. Much better.”

TMZ: “Are the Lakers a playoff team?”

TMZ: “Not even with Lonzo?”

Lonzo’s outspoken father, LaVar Ball, already guaranteed a Lakers’ playoff berth in 2018. So someone will come out of this dead wrong by next spring. Barkley and LaVar have exchanged barbed words in the past with Barkley calling LaVar the most disliked person in sports and LaVar taking shots at Barkley’s parenting skills. 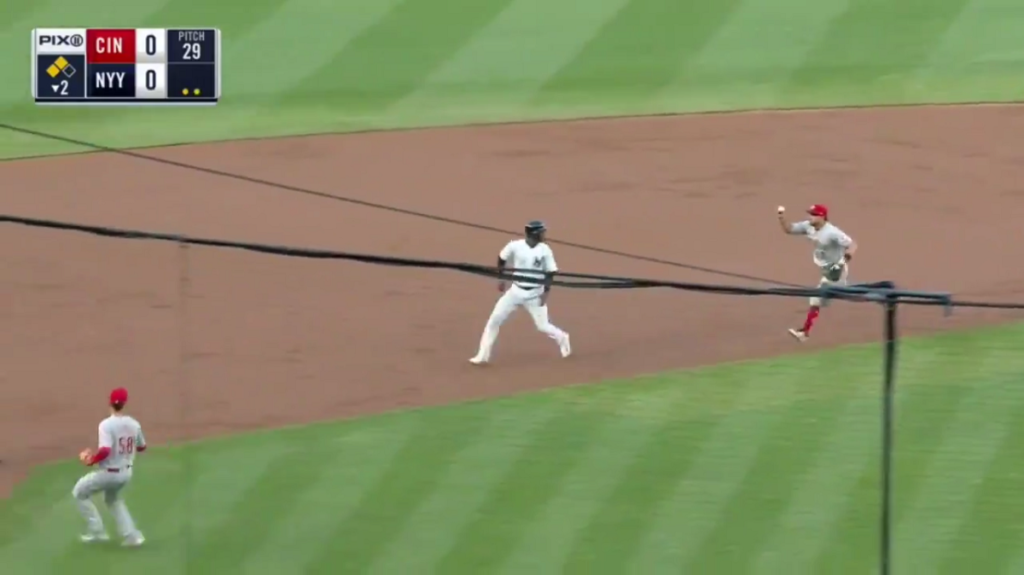 With the bases loaded, new Yankee (and former Red) Todd Frazier stepped to the plate and hit a sharp grounder to short. Then, this happened:

Just your typical run-scoring triple play for the #Yankees… pic.twitter.com/0Pyo78CuGq

In order for a run to score on a triple play, there obviously has to be a tag involved, and that’s exactly what we got here, with Didi Gregorious breaking back towards second when the ball was hit. That’s not entirely dumb; had it been caught, he’d have been doubled off, but then once the fielder stepped on second and threw to first, Gregorius had no incentive to run to third. And yet, he did, where he was caught in a rundown.

But how rare is this? Very. 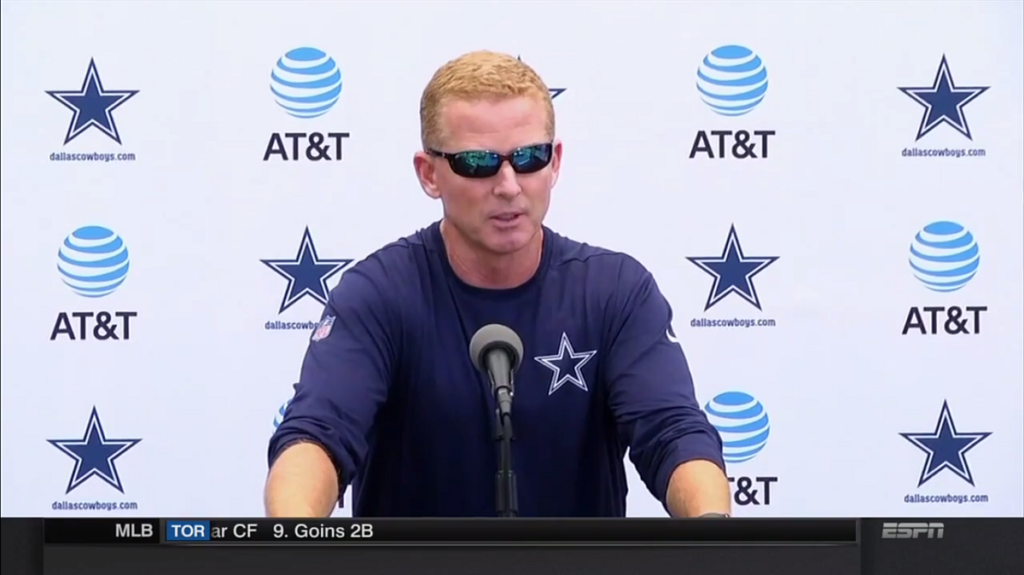 The Cowboys went ahead and officially released Lucky Whitehead today despite Whitehead having done beyond being a victim of mistaken identity. (Well, he also had his dog kidnapped and held for ransom, so there’s that, too.)

But considering Ezekiel Elliott is still being feted by owner/overlord Jerry Jones and head coach/lackey Jason Garrett, it’s somewhat obvious that Whitehead’s being released for committing the ultimate NFL offense: repeatedly having your name in the headlines while not being an elite player, whether or not you’ve done anything wrong. There’s nothing NFL people hate more than the proverbial “distraction”, whether or not it actually qualifies as one.

The research on head injuries in football continues to yield alarming results. On Tuesday, the Journal of American Medical Association published a new report revealing the findings of an extensive research project conducted by neuropathologist Dr. Ann McKee. After examining 202 brains of deceased football players, more than half were revealed to have been diagnosed with CTE. The number of brains examined from former NFL players was even more alarming.

Out of 202 brains examined, 111 belonged to former NFL players. Of those 111, a total of 110 showed signs of CTE. That is a number that should raise even more caution flags around the NFL as the league continues to research and improve the overall safety found in the game to reduce the number of concussions and blows to the head.

From the New York Times;

In addition to the 111 brains from those who played in the N.F.L., researchers also examined brains from the Canadian Football League, semi-professional players, college players and high school players. Of the 202 brains studied, 87 percent were found to have C.T.E. The study found that the high school players had mild cases, while college and professional players showed more severe effects. But even those with mild cases exhibited cognitive, mood and behavioral symptoms. 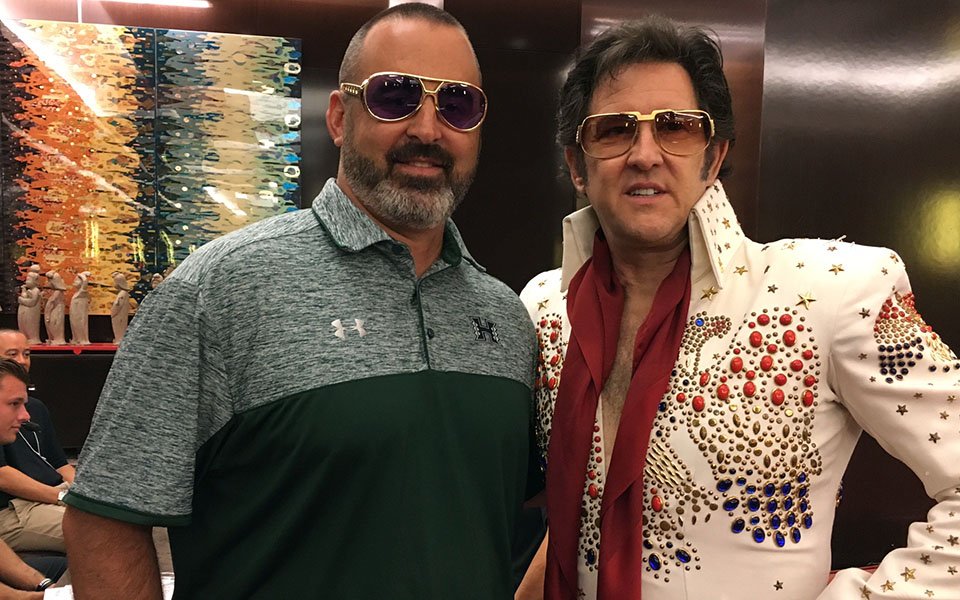 Rolovich originally planned to rent a monkey to keep on his shoulder during media day … but cost $2,000 and he couldn't get the permit.

– The Comeback staff looked back at the second episode of Game of Thrones’ seventh season and previewed what they think will happen in episode three.

– A child was left miserable after his father tried and failed to catch a foul ball.

this poor dad did *everything* he could to catch this foul ball to no avail pic.twitter.com/JCdakK7JNb

– Eduardo Nunez hugged his San Francisco Giants teammates mid-game and then got traded to the Boston Red Sox.

– Jim Harbaugh is making sure his University of Michigan football team will see London, will see France next spring.

finally, a guide on who not to date https://t.co/5DDr9WsNCR

As a verified twitter user I hope I speak for all of us when I say this is some insufferable shit https://t.co/JOZTJoVpvM

“The Simpsons” is a cultural juggernaut that has left an indelible mark on the world. “Futurama” is a critically acclaimed follow-up that spanned two networks and 140 episodes.

So when Matt Groening, the man who created both animated hits, comes to you with a new animated TV show idea, you say yes. Netflix was wise enough to do so, picking up Groening’s new animated show, “Disenchantment.” Sadly I don’t think it’ll be a simply mashed up version of “The Simpsons” and “Futurama.”

– Our own Harrison Hamm tried to make sense of the blockbuster Dom Dwyer Sporting KC to Orlando City SC trade.

– Michael Vick is spending his summer as a… coaching intern with the Kansas City Chiefs.

Michael Vick is one of Andy Reid's coaching interns.

More on this later. pic.twitter.com/cTlpQBGYvo

He also went on Adam Schefter’s podcast last month and expressed his interest in coaching:

“I would love to coach in the National Football League one day. At some point, I’d definitely love to help work with young quarterbacks and develop them and still compete, you know, with the team and with the coaches.

“It’s another way to chase a championship. You know I’m not done. I’m not done by any means. You know I didn’t get the championship when I was playing, so, hey, maybe I’d get lucky one year, maybe fortunate enough to join the staff that may be good enough.”

– Daniel Craig will continue to serve as James Bond for at least one more film.