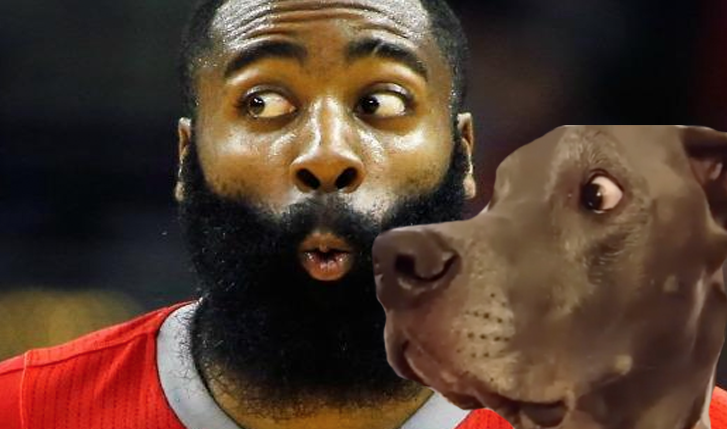 NBA players continue to be paid, and Giancarlo Stanton has competition in the Home Run Derby

Many will call this week a relatively slow one for sports news because we have reached the all-star break in Major League Baseball. But we still have NBA free agency, the Home Run Derby, All-Star Game, and the ESPYs to help fill the void this week and give us something to talk about. Let’s get your week off on the right foot with your Monday morning edition of The Cheat Sheet.

James Harden closer to being rich enough to buy Target 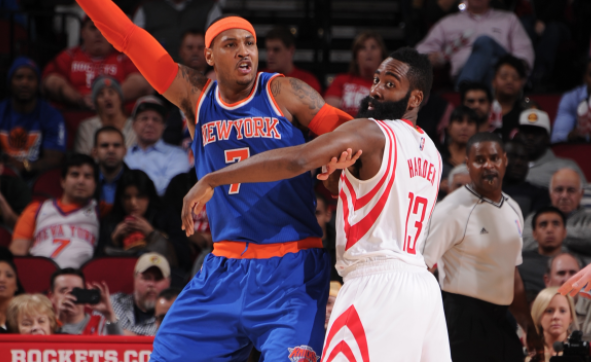 The Houston Rockets had quite a week. After acquiring Chris Paul, the Rockets locked down James Harden to a four-year deal. It just so happens to be the largest contract extension in NBA history, ringing up at an impressive $228 million for four years. So it looks as though the Rockets are going all in on trying to create their own super team of sorts. So, what is the next piece of the puzzle? The NBA rumor mill is suggesting the Rockets could be in play for acquiring Carmelo Anthony, thus rescuing Anthony from the perennial that is the New York Knicks.

Still patiently waiting for a alert saying Carmelo Anthony will be joining the Houston Rockets pic.twitter.com/ne3wfeOmnu

The Knicks are finalizing a deal that will send Carmelo Anthony to the Rockets, League Sources tell @TheVertical Details soon.

The pressure is already building on Houston to strike gold with the addition of Paul and the new contract to Harden (plus whatever else is coming), as one Houston sportswriter is already suggesting a ring is a must.

In the meantime, Harden can go on quite a few shopping sprees at his nearest Target (as if he couldn’t before)…

The Home Run Derby is tonight

Baseball’s all-star fun got underway yesterday with the futures game and celebrity softball game and continues tonight with the celebrity softball game and the home run derby. With the all-star game in Miami, local favorite Giancarlo Stanton feels like the favorite to take home the crown for the second straight season. There has been just one back-to-back winner since Ken Griffey Jr. took the 1998 and 1999 derby title, with Yoenis Cespedes winning in 2013 and 2014. Stanton just had a two-homer day on Sunday to get warmed up.

Of course, he’ll have some stuff competition in the bracket-style tournament.

The @TMobile #HRDerby bracket is out.

Get ready for some POWER. pic.twitter.com/RQJ64bX70w

Also, if you are like me, you may feel old when you see this…

I can not describe in words what I'm feeling when I see my son playing in the #FuturesGame. Thanks God for the blessings!@MLB @MiLB pic.twitter.com/K4CAy3nE09

– In NBA Summer League action, Stephen Jackson posterized a couple of Blazers, Lonzo Ball recorded a triple-double, and Markelle Fultz needed help getting to the locker room. And to add fuel to the fire between the Sixers and Lakers as if it’s the 1980s all over again, Joel Embiid was fined $10,000 for mouthing off about LaVar Ball on Twitter. LaVar previously took aim Embiid’s intellect.

– Team USA lost to Canada in the U19 semifinals over the weekend. It’s the first loss for the U19 Americans since 2011.

– The next time you are making a late-night run to McDonald’s for some loaded bacon and cheese fries, there may be a reason why you may hear some classical music playing.

– It’s football season north of the border, but you still are generally not allowed to lay hands on the officials. Former Florida Gator Will Hill III received an early exit from a game for breaking that rule…

This is #Ticats LB Will Hill's confrontation with the official. The #CFL will be reviewing, no doubt. #Riders pic.twitter.com/l9jYf3H0lT

– The Houston Astros recorded their 60th win of the season on Sunday with a 19-1 drubbing of the Toronto Blue Jays. To put that in perspective, the Astros won 70 games in the entire 2014 season, and failed to reach 60 wins the three seasons prior to that (2011-2013). I guess they trusted their process.

– Reds pitcher Brandon Finnegan tore his labrum while jumping from a boat.

– Every now and then you get someone flashing the jumbotron at a ballgame, and sometimes it might just be grandma.

– I was not invited to Alex Ovechkin’s wedding, but it sure looked like a grand old time.

– I’m not a huge soccer guy, but yesterday marked the 11th anniversary of one of my personal favorite moments in soccer history, the Zidane headbutt in the 2006 World Cup Final…

– And Wayne Rooney is heading to Everton after 13 years with Manchester United.

Tweets you may have missed

– I’m heading to the beach next month. Because I try to plan ahead, I am making a checklist of items to bring. This photo has inspired me to add the fold-out couch to the list…

– When all you want to do is play games to escape real-life struggles, only to get mad about the real-world problems in an online environment…

– Stephen A. Smith sometimes struggles with using Twitter. Can somebody teach him how to add a video to a tweet?

If you watched Spider-Man: Homecoming this weekend, then feel free to watch this to catch up on the easter eggs you may have seen or missed. If you haven’t watched the movie yet, give this video a pass and come back later.