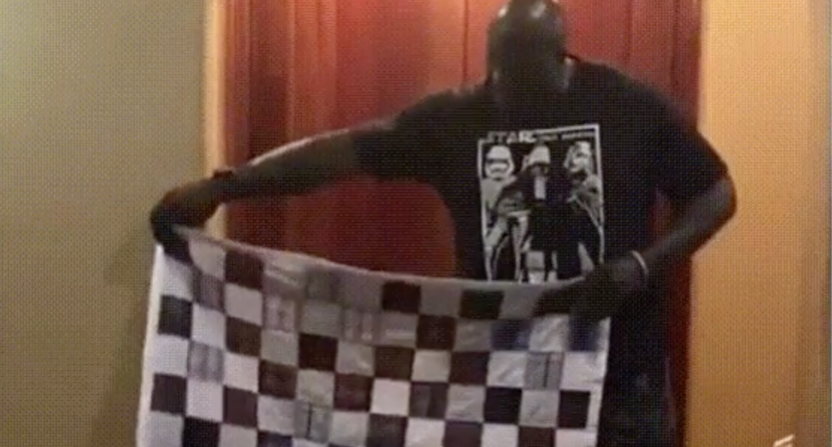 Start your week off right, by racing a shark on TV and catching up on all the trailers you missed

We’re starting your week off on the right note by making sure you are all caught up on the latest trailers to come out of Comic Con in San Diego and making sure you know how Michael Phelps did in his race against sharks. We’ll throw in some sports nuggets as well, starting things off across the pond in your Monday morning edition of The Cheat Sheet.

Jordan Spieth continues to take the golf world by storm with another major championship. This weekend, Spieth claimed a victory in The British Open on the strength of a solid back-nine. Spieth got the weekend off to a solid start, but seemed to hit a speed bump on the way to his latest major victory, which brought back some horrible flashbacks for sure. Thr 13th hole took 30 minutes to play, because it included a massive search party to find Spieth’s ball.

"This is absolutely a dream come true." –@JordanSpiethpic.twitter.com/Gj3lToXZLf

So yeah, it’s been a good run for Spieth. But let’s not jump right into the Jack Nicklaus conversation just yet.

Jordan Spieth just did a victory lap, and one fan got a little too excited… pic.twitter.com/XUAOdfAG3Y

Of course, perhaps the most memorable moment for some may have come off the course entirely.

That moment you remember Jordan Spieth is 23 years old pic.twitter.com/s7cOynYBf7

Now, Spieth is looking to attempt a rare feat in the world of golf, a grand slam.

A Jordan Spieth win next month at the PGA Championship would make him the 6th player to win the Career Grand Slam (and the youngest).

He’s also in some good company…

The Dodgers are looking more and more like the team to beat in the National League, but Dodgers fans had reason to be alarmed Sunday afternoon. Clayton Kershaw was taken out of the game after just two innings with right low back tightness, according to the team’s official update. Here’s the moment that gave Dodgers fans a panic attack…

We should expect to hear more about Kershaw’s status at some point today.

Roberts said Kershaw will get tests done, should know more tomorrow. Doesn't want to speculate but said it is a DL situation.

Dodgers fans right now as they await word on why Clayton Kershaw was removed from today's game after only two innings. pic.twitter.com/2H95QESWtz

Fortunately for the Dodgers, the bullpen managed to put in seven good innings of work and the Dodgers celebrated a walk-off victory against the Braves (after blowing a three-run lead in the top of the ninth).

The table is set.

Do your thing, Logan. #WALKOFF pic.twitter.com/NGFafg1Pp1

Cavs offseason continues to be a summer’s best drama

If you didn’t already know the Cavaliers were a franchise in disarray this summer, then you haven’t been paying attention. If you have been paying attention, the latest rumors swirling around about Kyrie Irving should come as no surprise. Oh, it seems like things are getting hot in Cleveland, and Betty White isn’t here for the comic relief either.

The weekend buzz suggested there may be some jealousy factor for Irving that could lead to him wanting to get out of LeBron James’ shadow and some others around the league. Irving may have the desire to be the lead guy on a team, rather than a tremendous sidekick. He may have even asked to be traded before the NBA Draft to the Chicago Bulls. This is notable because at the time of the draft there were rumors some players on the Cavs were reaching out to now former Bull Jimmy Butler and suggesting he stay away from Cleveland. Could Irving have been the one relaying such a message with the hope of joining Butler in Chicago? Hmmm…

.@wojespn discusses why Kyrie's declaration of independence isn't a betrayal of LeBron James, but an honoring of him.https://t.co/ltvZgeORJc

I mean, if after three Finals, Kyrie Irving is jealous of John Wall and Damian Lillard, I'm not sure what the Cavs are supposed to do.

Behind the scenes footage of LeBron James and Kyrie Irving. ?

Irving was on the other end of the flat earth while we were sinking our teeth into all of this.

Why do you think @KyrieIrving is in Taipei? #JonesCup2017 pic.twitter.com/eRvFGAXxBQ

Shark Week got underway Sunday on Discovery Channel, and this year they kicked it all off with a fun matchup between various sharks and the world’s best swimmer, Michael Phelps. The special was promoted as pitting Phelps against a shark, but obviously, they couldn’t do that. So instead they digitally imposed sharks they tracked for this event against Phelps. They even gave Phelps a fin at the bottom of his feet later on to give him a chance. But before they got to the grand finale, there was the instruction session informing Phelps what a shark is…

In the end, I must admit, Phelps came a lot closer to beating the digitally imposed Great White shark than I anticipated. Never doubt Phelps.

Anyway, on to the next grand experiment… 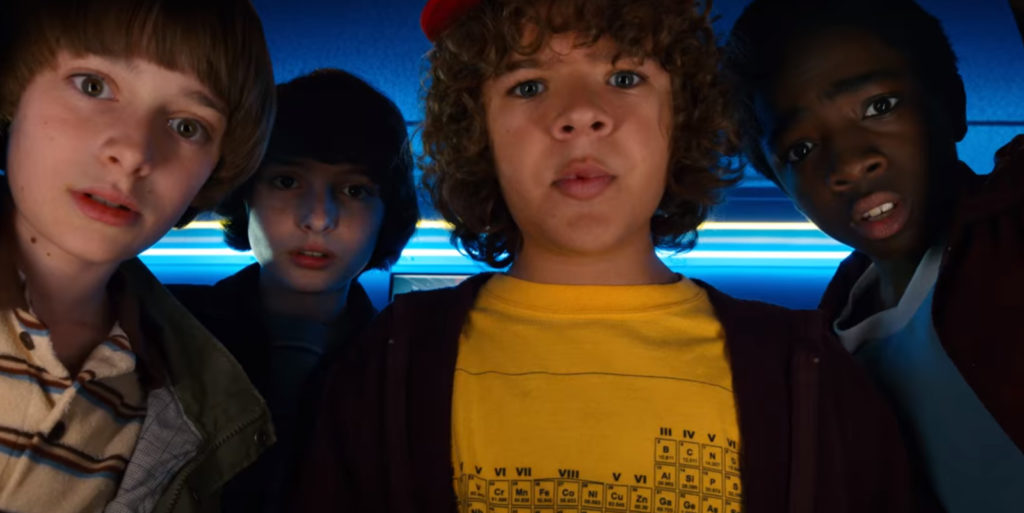 – Forget about Conor McGregor vs. Floyd Mayweather, because McGregor has a new rival in Golden State Warriors instigator Draymond Green hashed things out on Instagram.

– The United States men moved on to the Gold Cup Final following a 2-0 victory over Costa Rica.

– Aaron Judge and Bryce Harper were out there crushing homers so badly that even Statcast couldn’t keep up with them.

Got the official @Statcast on that last Aaron Judge home run. pic.twitter.com/wvXQpIXxg7

– The Philadelphia Phillies have been riding some positive momentum after the all-star break, but plays like this are why they are still the worst team in baseball…

Scuse me, you seem to have lost something

– Here’s a childish prank anyone can pull…