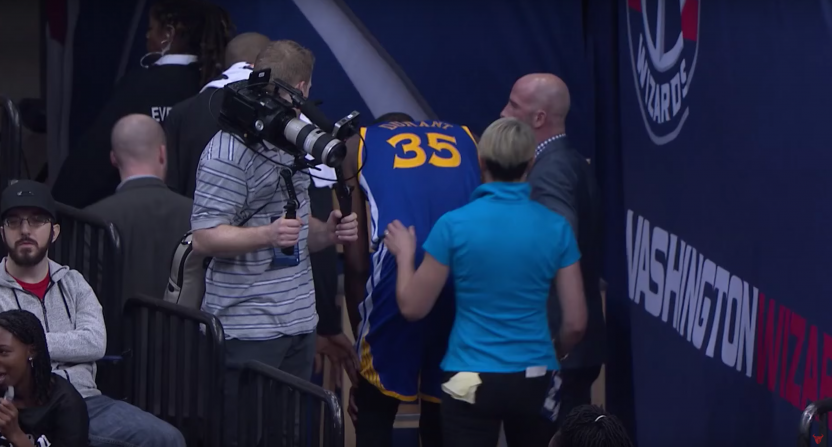 Well happy March, everybody! This is the best time of year if you’re a college basketball fan, but we’ve also got plenty more to get through as the biggest story from Tuesday night was Kevin Durant leaving the Warriors game after hyperextending his knee.

And so we begin the Wednesday Cheat Sheet.

Kevin Durant injures his knee, and the Warriors lose 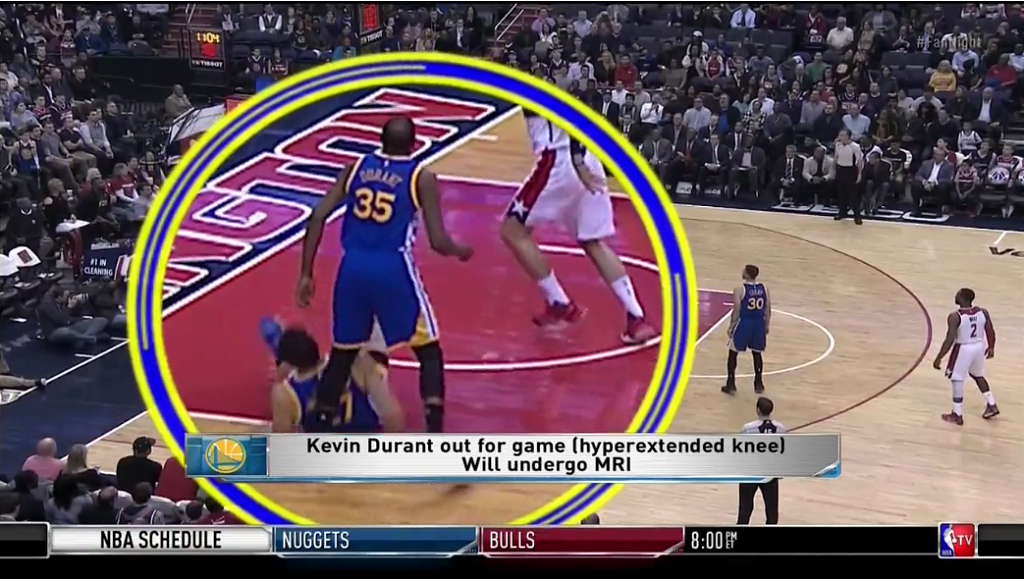 The Warriors lost to the Wizards on Tuesday, but the bigger worry is that Kevin Durant hyperextended his left knee and had an MRI after leaving in the first quarter. The injury occurred just a few minutes into the game when Warriors center Zaza Pachulia hit the court after a boxout and accidentally slid into Durant’s leg.

We’ll find out the MRI results on Wednesday, but the Warriors appear to be preparing for the worst. Because Durant went for the MRI prior to the game’s conclusion, his teammates have not seen him since he limped off the court, but they have been texting him.

Beyond a team tragedy, Warriors locker room was most morose regular season room I've walked into. They're praying for good Durant news.

Somber Warriors locker room tonight, and not because of the loss. It's going to be a long wait to find out the results of Durant's MRI.

Very somber scene in the Warriors' locker room. Some players were texting Durant words of support.

Golden State is already planning to sign veteran Matt Barnes to replace Durant for the time being, according to ESPN’s Marc Stein.

ESPN sources tell @ChrisBHaynes and me that Golden State plans to sign veteran swingman Matt Barnes in the wake of the Kevin Durant injury.

Meanwhile, the Warriors’ Western Conference lead on the Spurs is down to four games, and a prolonged absence for Durant could leave the door open for San Antonio.

Update: A Woj bomb was dropped in the middle of the night, saying the fear is Durant will be out months, not weeks.

No. 17 Duke gets another marquee win 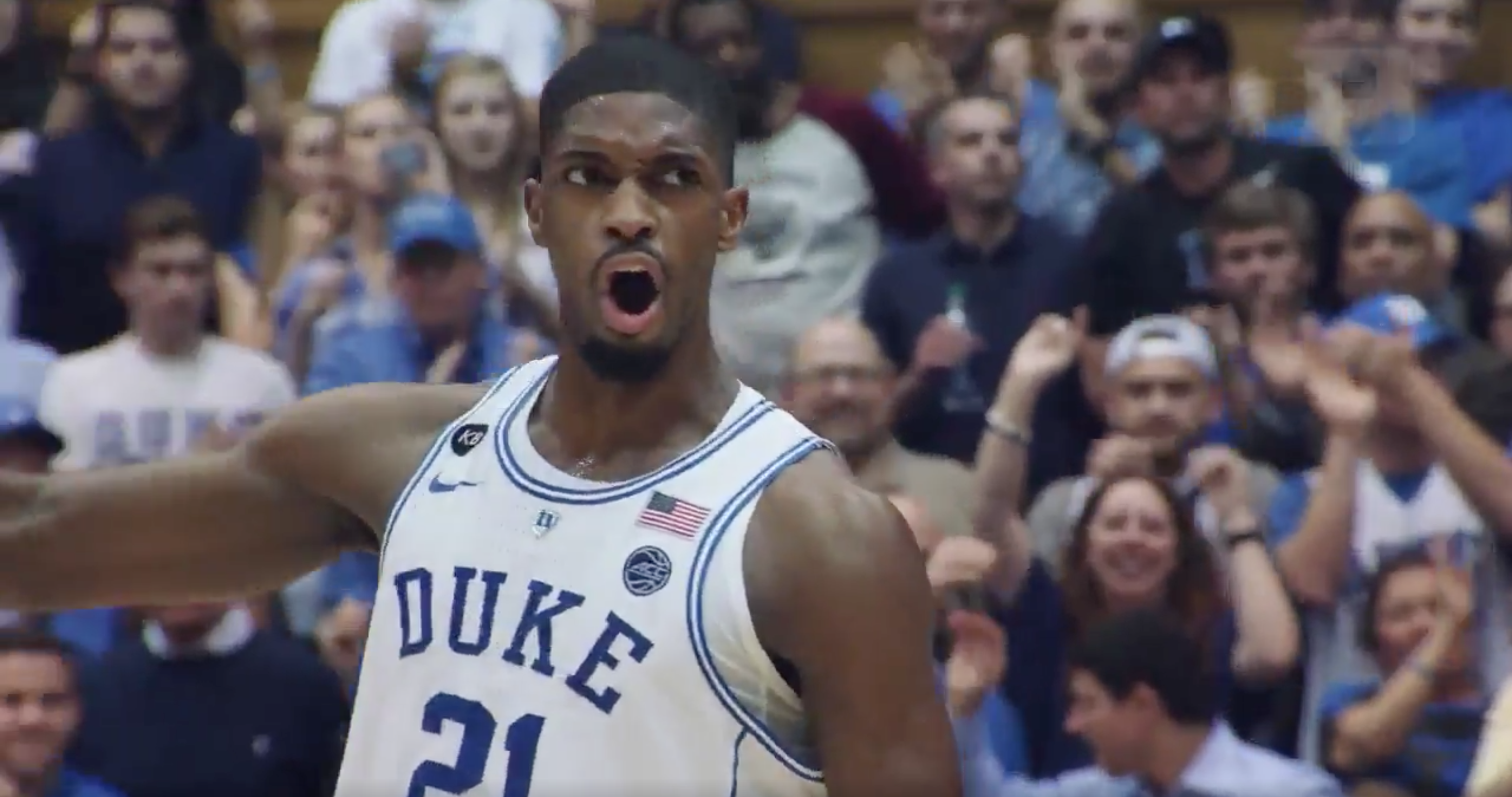 Just one month ago, No. 17 Duke lacked a quality win in the ACC. Now the Blue Devils have four after knocking off No. 15 Florida State 75-70 at Cameron Indoor.

Duke has gone 8-2 in its last 10 games to pull within half a game of second place in the conference, and Coach K’s club is looking like the national title contender everyone envisioned in the preseason.

Johnathan Isaac vs. Jayson Tatum was the main matchup to look for going into Tuesday’s game, but Frank Jackson and Amile Jefferson stole the show for Duke.  Jackson dropped a career-high 22 points while Jefferson surpassed 1,000 career points and had a double-double with 14 points, 11 rebounds and 4 blocks.

That’s quite a sendoff for Jefferson on senior night after spending five years at Duke. 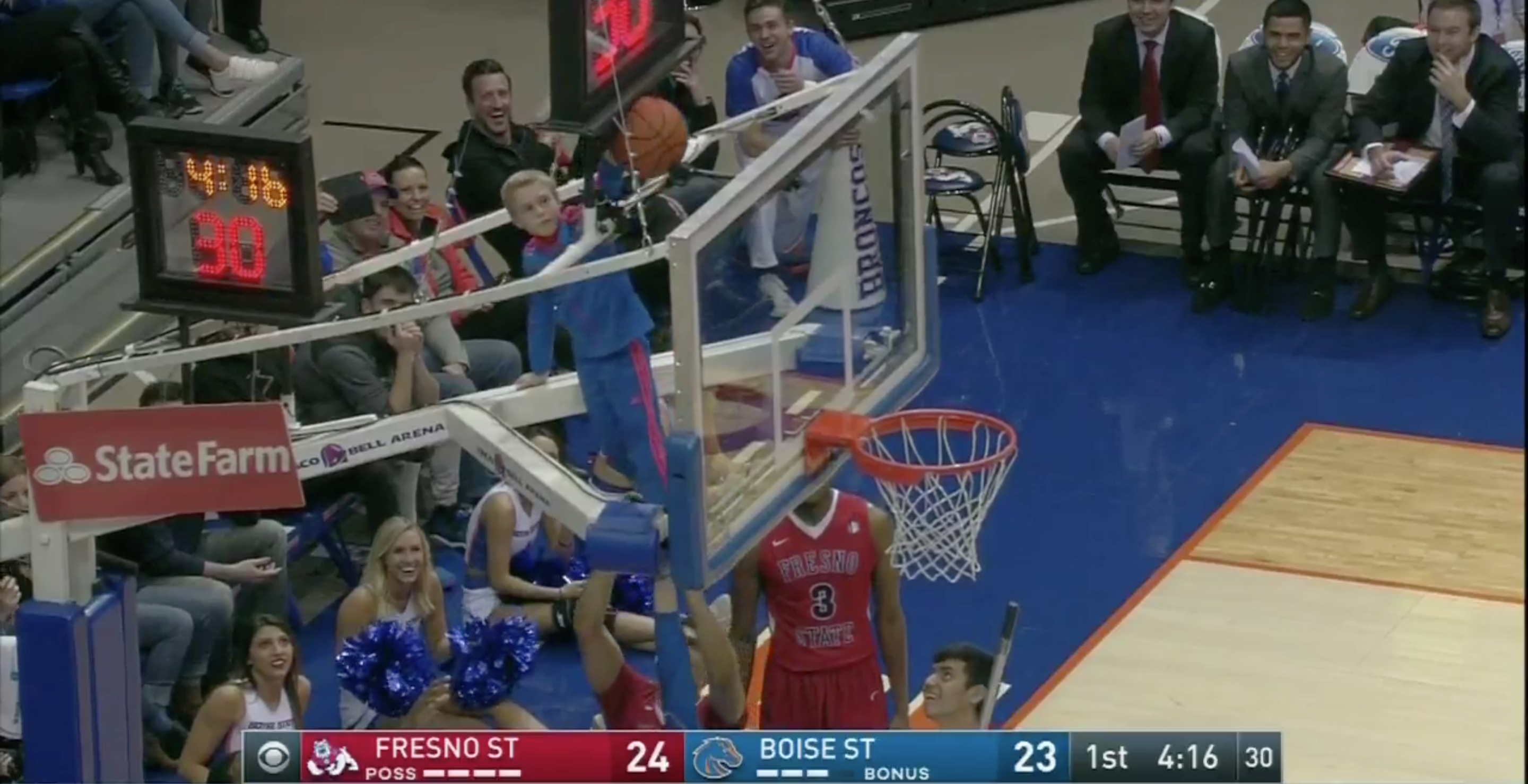 Boise State lost to Fresno State, but it wasn’t all bad for Broncos fans. At least they got to witness this child climb on top of the basket dislodge a ball that was stuck underneath the shot clock after several players made attempts to get the ball down.

The kid was amped as he returned to his courtside seat with the crowd chanting “M-V-P” and the mascot running over to hug him.

A ton going on across the bubble 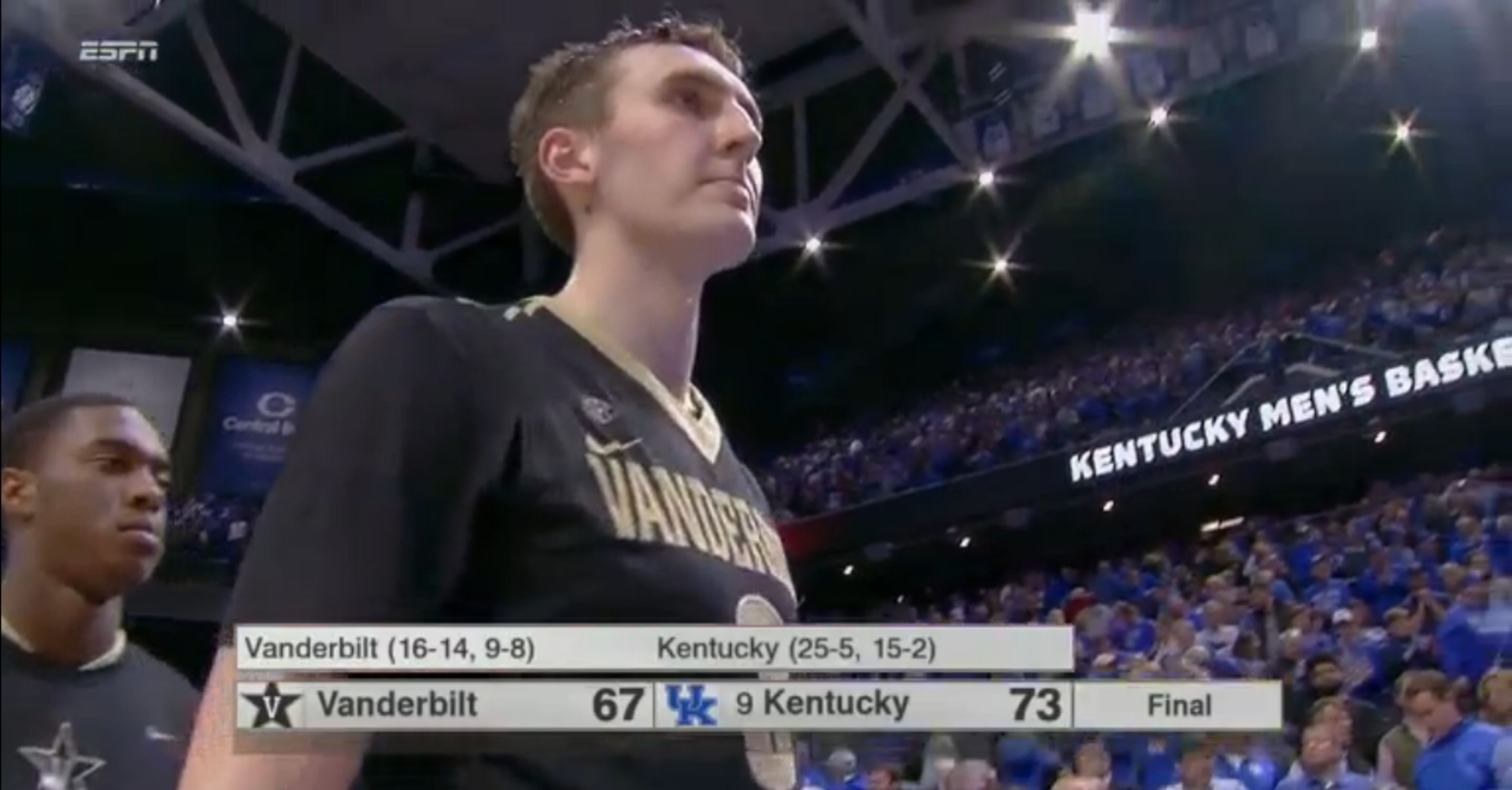 Vanderbilt, the first team out in Tuesday’s bracket projections, lost out on a huge opportunity, blowing a 13-point lead at Kentucky and losing 73-67. The Commodores likely needed one of these last two games against UK and Florida, and that puts the pressure on for Saturday’s game against the Gators.

With the win, Kentucky clinched at least a share of its third straight SEC title and fifth under John Calipari.

Now some good news for a bubble team. Seton Hall took advantage of some brutal late-game execution by Georgetown to squeak away with a 62-59 win. The Pirates aren’t totally safe yet, but their fans should feel pretty good with no more opportunities for bad losses remaining in the regular season.

On the other side, Georgetown has lost four straight games and six of its last seven to fall to 14-16 overall and 5-12 in the Big East, and now they have to finish the season by playing No. 2 Villanova. There’s no question the Hoyas must win the Big East Tournament to avoid missing the NCAA Tournament for a second straight year. With Tuesday’s defeat, the Hoyas clinched the No. 9 seed for next week’s conference tourney.

Two more bubble teams stayed alive as Providence handled DePaul and Georgia Tech beat Pitt. Neither team helped their cause too much, but losses Tuesday would have killed each of them.

Meanwhile, consider Pitt’s bubble officially popped as they fall to 15-15 and 4-13 in the ACC.

Indiana’s bubble is also getting closer to popping as the Hoosiers fell at Purdue on Tuesday. Biggie Swanigan had another double-double for the Boilermakers (his 24th of the season) with 21 points and 10 rebounds.

—Coyotes center Alexander Burmistrov suffered a scary injury and was then taken off the ice and hospitalized. The good news is he was released later in the night and posted a selfie to his Snapchat saying, “I’m good.”

—You’ll want to read Alex Putterman’s take on why baseball player’s tend to not speak out on social and political issues.

—The Jets are cutting Darrelle Revis but insisted the decision was a football move. That’s possible as Revis struggled last season and reportedly does not want to play football anymore, but there’s also speculation that assault charges brought against him in mid-February could have played a role as well.

—Amar’e Stoudemire (yes, he still plays — just not in America) said that having a gay teammate would make him uncomfortable and then added, “There’s always truth in a joke.”

—Reports say ESPN is trying to snag Katie Nolan away from FS1.

—Authorities are saying a fire in Missouri that significantly damaged a building was started by a pet rabbit.

—I finally saw Jordan Peele’s new horror film Get Out last night, and I have to agree with our Ian Casselberry that the movie has some terrific social commentary.

—Are we gonna need Shaq’s mom to step in and tell Steven Adams to apologize to the rim?

What was that, Steven Adams?

…is way smarter than this human.