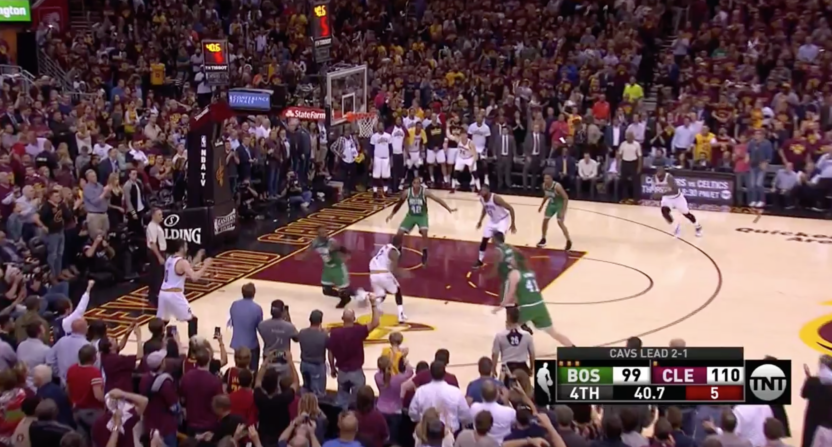 The NBA and NHL playoffs are getting to the good parts and even if the NBA postseason in particular has been a bit of a bummer, it’s still fun when both leagues have huge games on the same night.

In the NBA, Kyrie Irving stepped up bigtime as the Cavaliers beat the Celtics to go up 3-1 in their Eastern Conference Finals series. In the NHL, a third-period goal from Mike Hoffman gave the Senators a 2-1 win, evening their series against the Penguins at 3 games apiece.

We’ve got all that, a full night of baseball and more, right here in The Cheat Sheet. 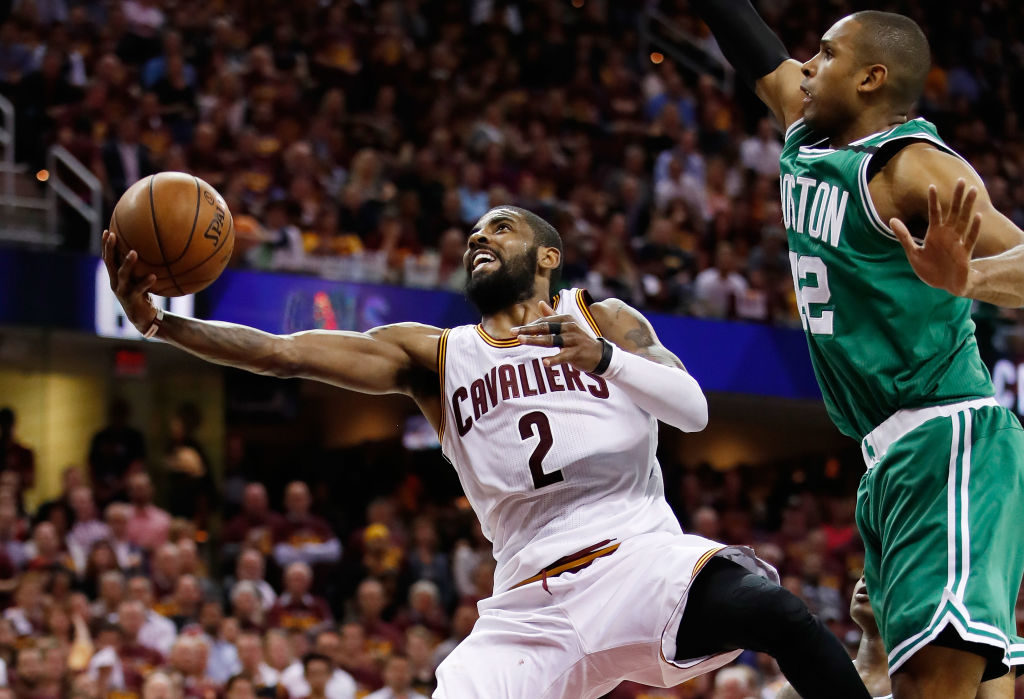 At one point in Game 4 of the Eastern Conference Finals on Wednesday, the Celtics led the Cavaliers 49-33, and it appeared Boston might be headed for a 2-2 series tie.

Then Kyrie Irving channeled all his super-scoring mojo and carried Cleveland to a 112-99 victory that put his team a game away from the NBA Finals.

When the dust settled, Kyrie had 42 points on 15-of-22 shooting. His outburst featured many highlights, but none were more impressive than this drive, complete with a behind-the-back fake.

Meanwhile LeBron James, fresh off an uncharacteristically poor performance in Game 3, had a nice game as well, with 34 points on 15-of-27 shooting, plus five rebounds and six assists. There were three other Cavs on the floor besides LeBron and Kyrie, but sometimes it seemed like there didn’t have to be.

LeBron James and Kyrie Irving outscored the Celtics, 60-50 after the Celtics took their 16-point lead

The Celtics once again played hard without leading scorer Isaiah Thomas, as seven Boston players scored at least 8 points, but in the end they didn’t have enough fire power.

Game 5 in Boston will tip off at 8:30 p.m. ET on Thursday, as the Cavs try to reach the NBA Finals for the third straight year.

Pesky Senators prevail over Penguins to force a Game 7

In a series that has had more dramatic back-and-forth swings than most hockey fans ever anticipated, the Senators and Penguins are headed for a seventh game.

Just two days after losing 7-0 in Pittsburgh, Ottawa bounced back Tuesday with a 2-1 victory at home in Game 6.

THE @SENATORS FORCE GAME 7!
WE WILL SEE YOU THURSDAY!#StanleyCup pic.twitter.com/igoY09Ygkq

The Penguins actually led this one 1-0 after a second-period goal from Evgeni Malkin, but the Senators tied the score on a Bobby Ryan power-play score later that period. They then took the lead 94 seconds into the third period on a slap-shot from Mike Hoffman.

This series has lurched back and forth, with Ottawa taking a 2-1 lead with a 5-1 victory in Game 3, then Pittsburgh responding with two straight wins, including the blowout in Game 5. Tuesday’s Game 6 evened things up.

So do the Senators have a shot in Game 7 back in Pittsburgh (8 p.m. ET on Thursday), with a berth in the Stanley Cup Final on the line? Well, history isn’t on their side.

Senators: 0-5 in Game 7 all-time, tied with Coyotes for the most Game 7 losses without a win in NHL playoff history

But The King had a solid response to a question about the missed dunk.

LeBron: 'I've missed a couple dunks in my career. I think I've made more than I've missed though.' pic.twitter.com/nJujubeXIN

– Baseball happened too on Tuesday night. Kyle Schwarber did this:

– Bryce Harper did this:

– And Clayton Kershaw blew a lead in the ninth inning when a runner scored from second base on his wild pitch.

Tying the game in the 9th when you score from SECOND on a wild pitch.

– Joc Pederson had himself a bit of a rough night. After a touching moment pregame with his brother, the outfielder’s second collision of the evening knocked him out of the Dodgers’ game against the Cardinals.

– The Yankees played “God Save the Queen,” in a nice moment of recognition for the victims of Monday night’s terrorist attack in Manchester, England.

– One of the real contracts from 1920 that sent Babe Ruth to the Yankees is up for sale. And it sure ain’t cheap.

– After needlessly cracking down on touchdown celebrations for years, the NFL is finally reversing itself and loosening up its rules.

'Locker room's easier to get along with now'

– Is Chris Bosh headed for an NBA return?