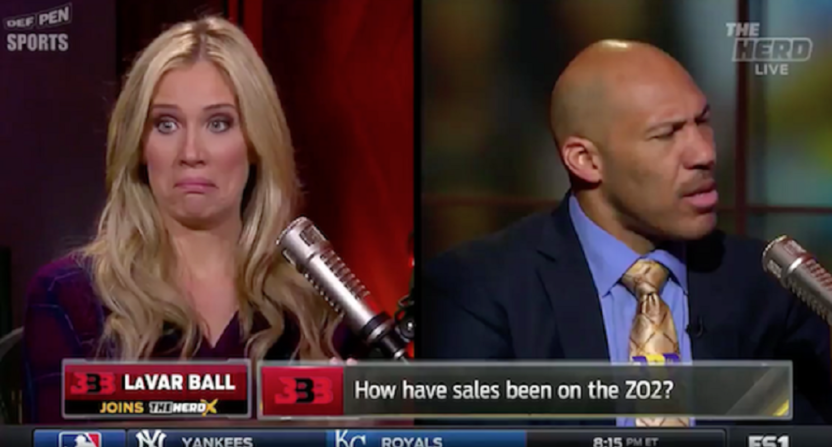 This is a disclaimer for those who are about to scroll down. If you find yourself wanting to rip your eyes out and shove pencils in your ears after listening to LaVar Ball speak, just know that it is a completely normal reaction.

With that being said, let’s get to today’s Cheat Sheet.

Unfortunately, LaVar Ball continues to have networks bring him on television and on the radio to make up more preposterous predictions than your local fortune teller. But the networks who are losing money to everyone getting rid of cable (cough, cough, ESPN) are in desperate need of people to watch their content, no matter if it is good or bad.

Well for FS1 and Colin Cowherd’s The Herd, Ball was just plain embarrassing.

So for the quick rundown. Ball is clearly afraid to look Kristine Leahy in the eye when talking to her. He has not intention to market his “brand” towards women, which is fine, that’s his choice. But then he goes and throws a cheap shot at Jason Whitlock? Yes there are plenty of people are plenty of people who are not the biggest fans of Whitlock, but even they can agree that Ball’s comments were a little uncalled for.

Leahy later tried to stand up for herself in the interview, but a bully like Ball does only what a bully knows to do.

As you can see she is highly upset with Lavar Ball even before the interview pic.twitter.com/nvooOGATCf

After the interview, and also after taking about 59 showers, Leahy gave her response to the day’s events later on FS1’s Speak For Yourself.

Here is my response to what happened today with LaVar Ball. pic.twitter.com/kPb83onpES

Okay so sports networks, can we be done with signing these deals with the devil and having Ball on your shows? Isn’t Tim Tebow free right now or something? 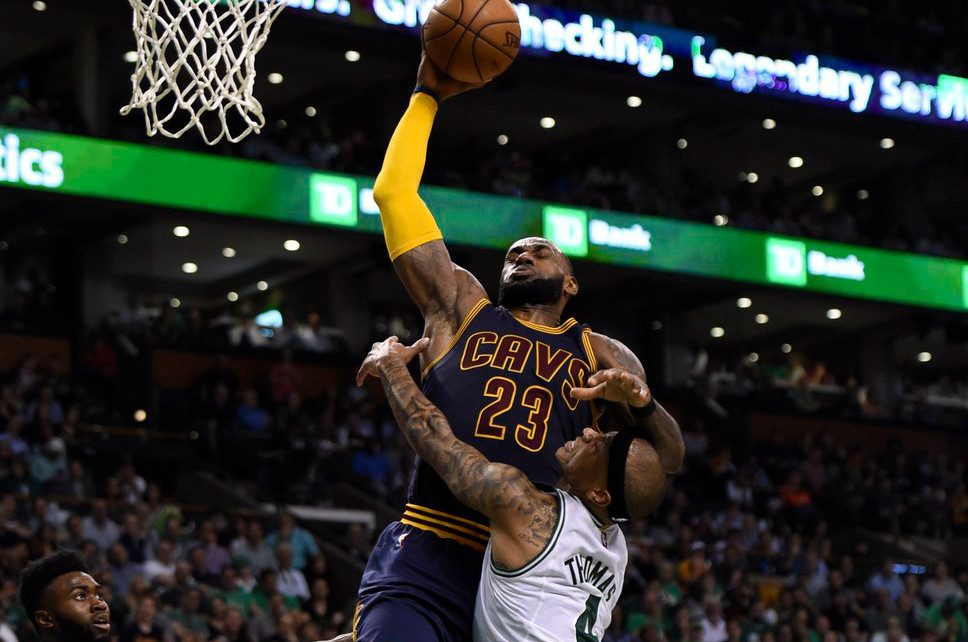 Before the game even began, LeBron could smell the fear reeking from the Celtics’ armpits. Either that or someone farted.

LeBron just did what any normal 32-year-old professional basketball player would do and straight up dominated his opponent. All. Night. Long.

What do you do when LeBron James is running full-speed straight at you? No really, what do you do?

.@KingJames off to a ? start in Game 1! #NBAPlayoffs pic.twitter.com/tfG4PVm2En

Celtics forward Kelly Olynyk tried to defend him but LeBron just treated him more like he was Kelly Kapowski.

LeBron turned his back on Kelly Olynyk while he defended him ? pic.twitter.com/OTckrxwmWg

At the end of the night, LeBron finished with a team high 38 points and didn’t even look like he broke a sweat. His performance led the Cavaliers to an easy 117-104 win over the Celtics to take a 1-0 series lead in the Eastern Conference Finals.

LeBron is up to 37 points. @cavs are closing in on a Game 1 win on @NBAonTNT. pic.twitter.com/kkCRhiQBQF

After the game LeBron said he, “didn’t feel that great.” Oh, okay then good luck in the rest of the series, Boston, when he starts to feel better.

The Senators and Penguins played, well the Senators played and the Penguins pretty much just skated around all night

In Game 3 of the Eastern Conference finals, the Ottawa Senators barely allowed their fans to get comfortable in their seats before scoring their first goal and taking an early 1-0 lead.

48 seconds in and the @Senators take a 1-0 lead! #StanleyCup pic.twitter.com/gZwQtNizzj

Then the Senators scored another goal.

The Sens already scored another goal. But this is their 3-0 goal. pic.twitter.com/GKxQkZ6b97

Zack Smith pours it on, makes it 4-0 Senators…Fleury pulled in favor of Murray pic.twitter.com/ZVLXdIo9BC

As for Pittsburgh, they could not get anything going on offense whatsoever. Their shots probably would not have made it inside LaVar Ball’s mouth.

Ottawa added another goal in the second period and eventually won the game 5-1 to take a 2-1 series lead.

Kyle Turris sticks with it, makes it 5-0 Sens pic.twitter.com/SsP73XZsPq

Oh, what’s that? The Senators just scored again? What a surprise. 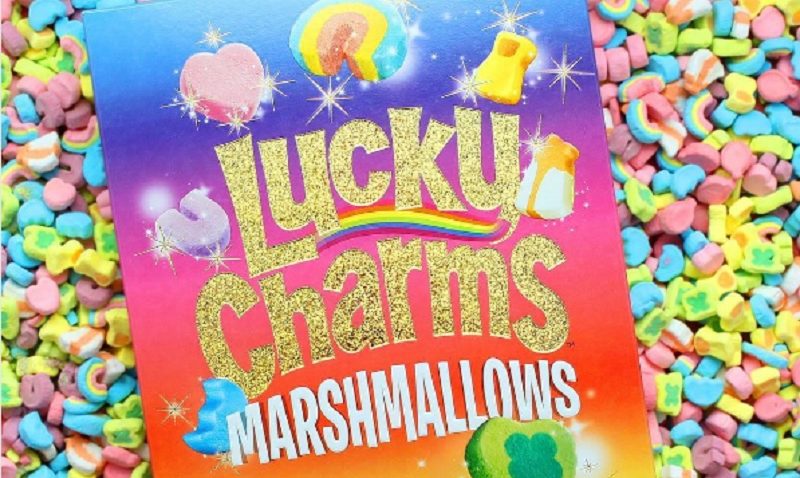 – Los Angeles Dodgers pitcher Clayton Kershaw won his seventh game of the season after throwing scoreless innings to help his team easily defeat the San Francisco Giants 6-1. He was not even phased when each team’s benches cleared during the middle of the game.

Dodgers and Giants had benches clear, so Clayton Kershaw did the one thing he knows how to do – he went to the mound so he could pitch. pic.twitter.com/sLWGZMB4ou

– Charlotte Hornets guard Kemba Walker had a successful minor procedure on his knee and is expected to recover within the next six weeks. Just in time to prepare for another Hornets season that won’t end with a playoff appearance.

– A couple in Pittsburgh, Pennsylvania reportedly named their newborn son Kessel Ryan in honor of Penguins forward Phil Kessel. Sources cannot confirm or deny if Roethlisberger was among the final name choices for the young man.

– For all you Star Trek nerds out there, CBS released the first trailer for their upcoming series Star Trek: Discovery on Wednesday. The show is scheduled to air in the Fall of 2017.

– The Philadelphia Eagles should have an improved offensive backfield in 2017 after the team announced the signing of free-agent running back LeGarrette Blount on Wednesday. However, the last time Blount signed with a team not named the New England Patriots he lasted a total of 11 games before he was back taking handoffs from Tom Brady.

– Speaking of Tom Brady, the Patriots never officially announced that the quarterback suffered a concussion during the 2016 season, but that’s not what his wife said on Wednesday…

– After nine seasons, Bobby Moynihan will no longer be a weekly member of the Saturday Night Live cast. His final episode is expected to air on May 20th.

– Lucky Charms will be giving away 10,000 boxes of marshmallow-only cereal later this year. In other news, it’s about to get a whole lot busier at your local dentist’s office.

– Former President George W. Bush continues to have fun outside of the White House, this time photobombing an innocent reporter during Wednesday’s Texas Rangers’ game.

George W Bush is just out here to watch a ballgame and shout “hey.” pic.twitter.com/prfC4DGybt

– They say everything is bigger in Texas. That seems to be true for there local idiots too.

– Five Guys is apparently the best burger joint in America now. Seems like sports are not the only thing with an East Coast bias. Also, how does one get to participate in this sort of research?

The Harris Poll released their annual EquiTrend Study which listed the top 10 rankings in the burger category as follows. Do you agree? pic.twitter.com/Tk4cCXO18N

– Some guy in Wales has supposedly created the world’s hottest pepper. It is even supposed to be so hot that it could cause someone to go into shock and kill them. That’s great dude, why don’t you eat it and let everyone know if you survive.

The new hottest pepper on Earth is terrifying. ?

Please enjoy the latest installment of great moments from Family Guy mixed in with sports.

Upon closer examination, that Kawhi injury may be worse then we thought. #kawhileonard #Spurs #familyguy pic.twitter.com/VbtI3J66Zz