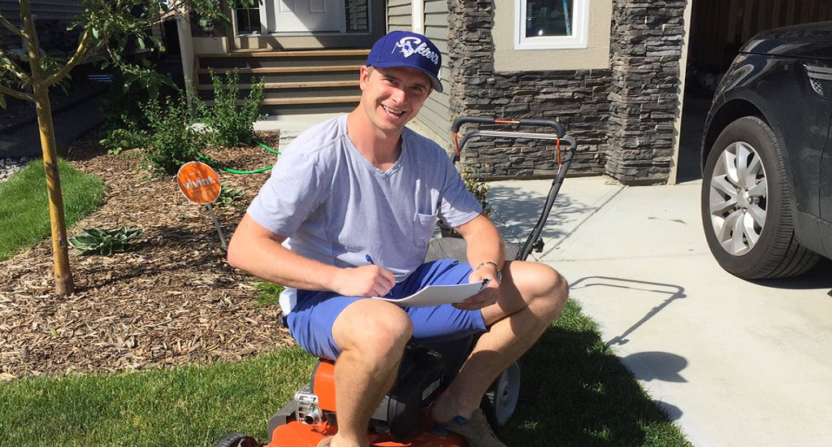 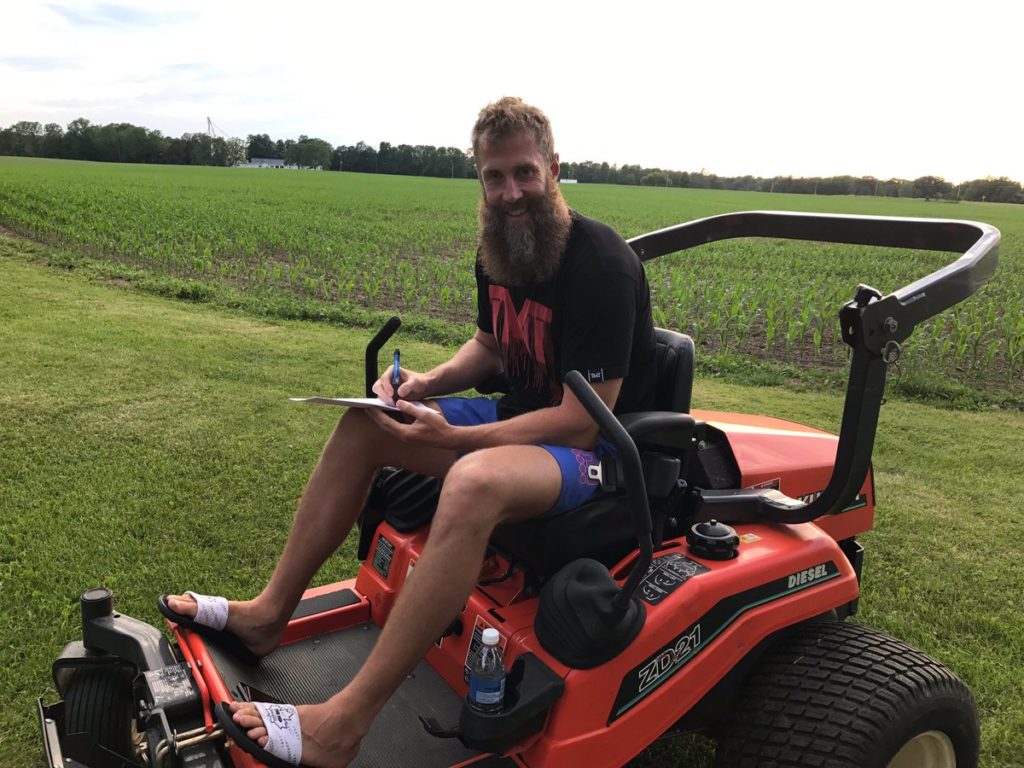 Joe Thornton made headlines earlier this month when he signed a new one-year, $8 million contract to remain with the San Jose Sharks. Though it was noteworthy that the 38-year-old decided to stay in San Jose for a 13th season, the real story was that he signed his contract while out on his tractor mowing his yard.

You don’t see too many athletes signing contracts while they’re out mowing. Thornton marches to the beat of his own drum (if you need proof, consider his appearance in ESPN’s Body Issue), so his signing photo seems rather fitting.

However, it’s still ripe for mocking.

Defenseman Mark Pysyk signed a new three-year deal with the Florida Panthers and he tried his best Thornton impression to announce the news.

Very excited to be back with @FlaPanthers for 3 more years! Still got some work to do to get a real ride on mower. #jumbojoe #legend pic.twitter.com/gPfaCd0RYN

Maybe you can get some fertilizer on that grass now to. #burnspots

NBA players are signing big money deals too, but not on lawn mowers

We’re not saying that Kelly Olynyk’s performance in the final seven minutes of Game 6 between the Boston Celtics and Washington Wizards is the only reason he just signed a $50 million-plus contract with the Miami Heat. But, we’re not not saying it either.

Thanks for everything Kelly O – we'll always have the Kelly Game.https://t.co/DNnjYDyFWh

Thank you @KellyOlynyk for wrecking other teams while in Boston. Good luck … we'll always have Game 7! (h/t @JoshCanu) pic.twitter.com/R3AXB3Q0cq

As a Canadian, Olynyk also brings to Miami two very distinctly northern attributes. Number one, he’s extremely pasty and is probably going to have to slather on the sunscreen. At least he can afford plenty of it now. Number two, he is always going to be compared to other Canadians. Case in point…

The San Antonio Spurs were a Kawhi Leonard injury away from at least putting a scare into the Golden State Warriors in the Western Conference Finals. Already at the top of the 2018 odds list for “Teams Not Named The Warriors or Cavaliers,” the Spurs have fit a valuable piece into their ever-evolving roster puzzle by signing free agent Rudy Gay to a two-year, $17 million deal on Thursday.

And these other people signed too:

Free agent James Johnson has agreed to the framework of a four-year deal to stay with the Miami Heat, league sources tell ESPN. 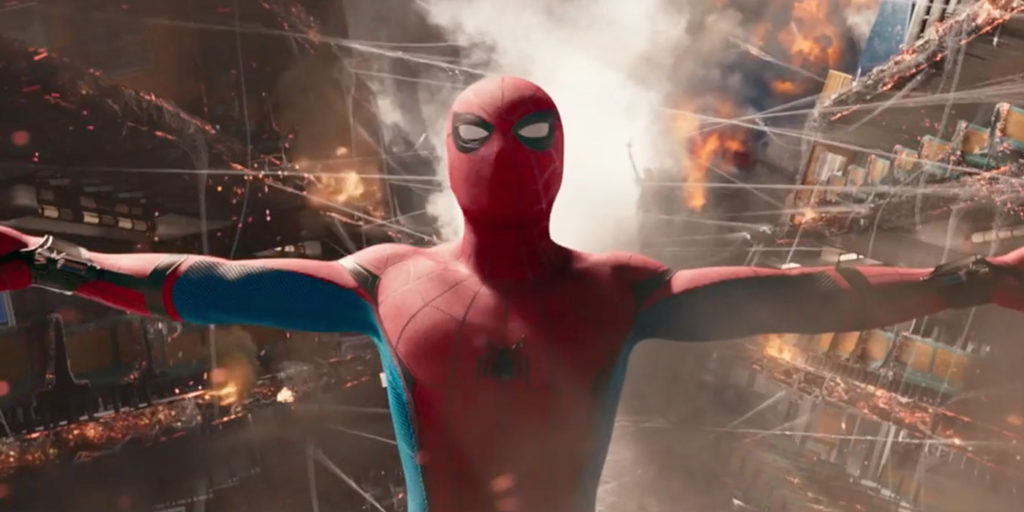 Spider-Man and Marvel Studios were bound to form a perfect union, and Spider-Man: Homecoming comes very close to that. The presumption has been that no one knows Spider-Man and what makes him special better than the company which created the character and has been publishing his adventures for more than 50 years.

Though Andrew Garfield made a good Peter Parker and Spider-Man — especially in his romance with Gwen Stacy (Emma Stone) — the two films directed by Marc Webb tried too hard to tack on an “untold story” to a character who already had a well-established origin and plenty of comic book mythology to draw from. Additionally, Sony clumsily tried to use the Spider-Man franchise to create a cinematic universe, which never developed. Maybe those movies are judged a bit too harshly in the face of Marvel’s reboot, but the criticisms are valid.

Three college football players from Michigan State recently removed from the football program after being charged for sexual misconduct and assault have now also been booted from the university.

Wide receiver Donnie Corley, defensive end Josh King, and defensive back Demetric Vance were charged in June for their connection to an alleged sexual assault that took place in January at an off-campus apartment. All three were charged with third-degree criminal assault, and King faces an additional first-degree criminal sexual conduct charge. King could face a life sentence in prison, while the others face up to 15 years behind bars. The three players were new additions to the football program in the Spartans’ Class of 2017 recruiting class. Michigan State head coach Mark Dantonio removed the three players from the football program, at which time the university opened a Title IX investigation, per policy.

Tom Brady is writing a book 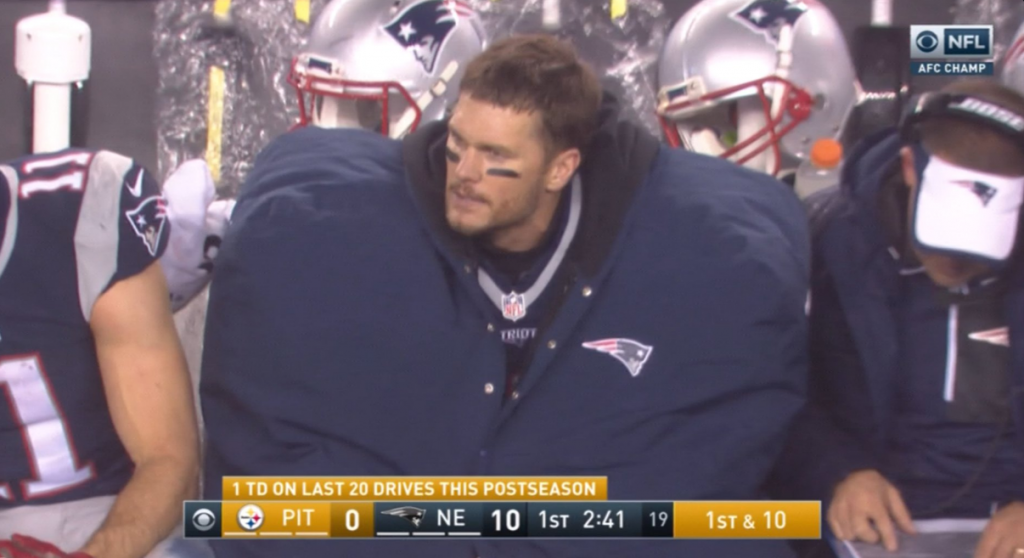 Publisher Simon & Schuster announced today the new book authored by Brady is scheduled to be hitting bookshelves this September. It will be the first book written by Brady and is being described by the publisher as being an “athlete’s bible” that reviews Brady’s way of life to be the star and winner he is.

Oversized, heavily illustrated, revealing yet deeply practical, The TB12 Method is an “athlete’s bible” that reveals Brady’s methods and approaches to sustained peak performance for people of all ages. In it, Brady tells the backstory that led to the revolutionary approach to his training and exercise regimen, one that decreases the risk of injury while extending peak performance. Brady offers the principles behind pliability, which is at the heart of a new paradigm shift and movement toward a more natural, healthier way of exercising, training, and living—and one that challenges some commonly held assumptions around health and wellness. Filled with lessons learned from Brady’s own peak performance training, and step-by-step action steps to help readers develop and maintain their own peak performance, The TB12 Method also advocates for more effective approaches to strength training, hydration, nutrition, supplementation, cognitive fitness, recovery, and other lifestyle choices that dramatically decrease the risk of injury while amplifying and extending performance, as well as quality of life.

Simon & Schuster announces it will publish a Tom Brady book about his training & nutrition called "The TB12 Method."

Got an advanced copy of Tom Brady's book, "The TB12 Method." Every page just says BILL BELICHICK though. pic.twitter.com/mvA9VQ0geh

When you hear Tom Brady has a book coming out. pic.twitter.com/XCqGQ1z0lI 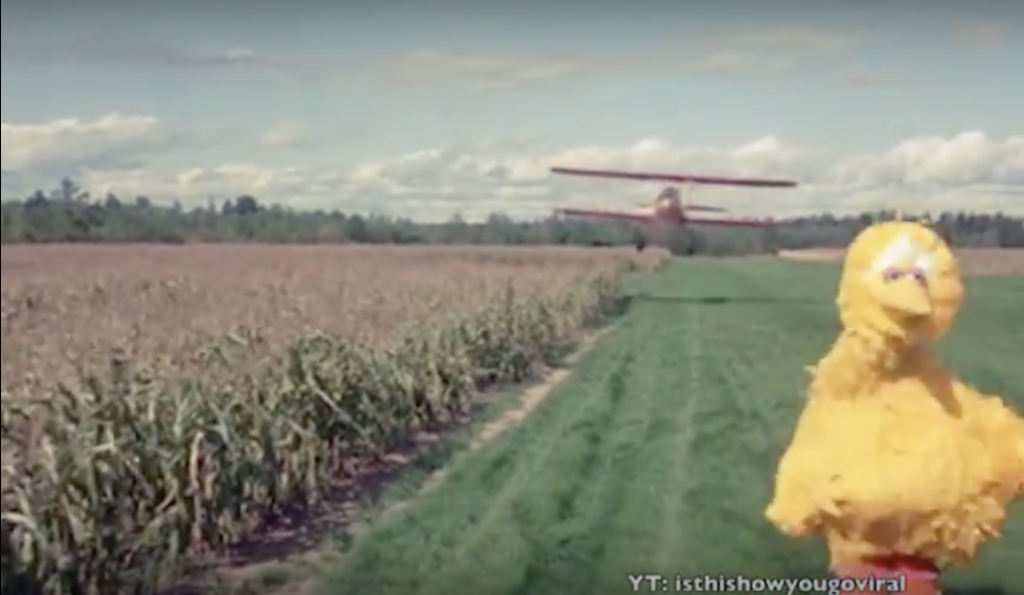 – Sabotage by The Beastie Boys is one of the all-time classics of the 1990s, but you have never seen it portrayed quite like this. Splicing together clips of various Sesame Street characters, hard-working video editor Adam Schleichkorn has recreated the classic Sabotage music video as faithfully as possible in the most epic of ways. Schleichkorn has done this before with mashups of such songs like R. Kelly’s Ignition and Naughty By Nature’s Hip Hop Hooray featuring Muppets characters.

– Our Top 50 College Countdown continued on Thursday with Ole Miss.

This is why you start at the bottom, train, and learn from a pro @DeAngeloRB pic.twitter.com/ViP219sJMg

– China now has a solar farm shaped like a panda.

– Alexandre Lacazette could be the perfect signing for Arsenal.

? We're delighted to have @LacazetteAlex here – and we're sure you are too

Leave your messages for our new striker using #LacaNewSigning ? pic.twitter.com/9d2kAqq8mU

Lacazette scored 35 goals last season in 42 appearances. His compatriot, Giroud scored 17 in 41 games for the Gunners. While not as talented in the air as Giroud may be as well as playing in Ligue 1 instead of the Premier League, Lacazette is still an all-around better striker.

You can never be too safe when it comes to bombs, so when construction crews uncovered an object that looked like a bomb in New York City, the best course of action was to call out the bomb squad. When the bomb squad arrived on the scene, they went to work to determine just how dangerous the unearthed object was.

It turns out, it wasn’t too dangerous at all, because it was an innocent time capsule that was buried in the 1980s.

Don't worry about it. pic.twitter.com/DN3AA39fJC

– Bored with tennis, Bernard Tomic is dropped by racket sponsor after Wimbledon meltdown.

A statement on Head’s official website read: “We were extremely disappointed with the statements made at Wimbledon by one of our sponsored athletes, Bernard Tomic.

“His opinions in no way reflect our own attitude for tennis, our passion, professionalism and respect for the game. Therefore, we have decided to discontinue our collaboration with Bernard Tomic.”

– Marcus Mariota says about what you would expect when asked about his contract status.

“I can’t think about next season or the season after that,” Mariota said during an interview in Hawaii. “I’ve got to focus on our first game and continue to be the best guy that I can be for the team. If all those things happen and things go right and that contract is up, and you know, I’d love to be in Nashville and I think the Titans are such a great organization, that it would be a lot of fun to play for them for a long time.”

– Geostorm trailer asks if Gerard Butler can save us from hail so big it’ll crush a bus.

One of the best cold opens.

So many vending machines.