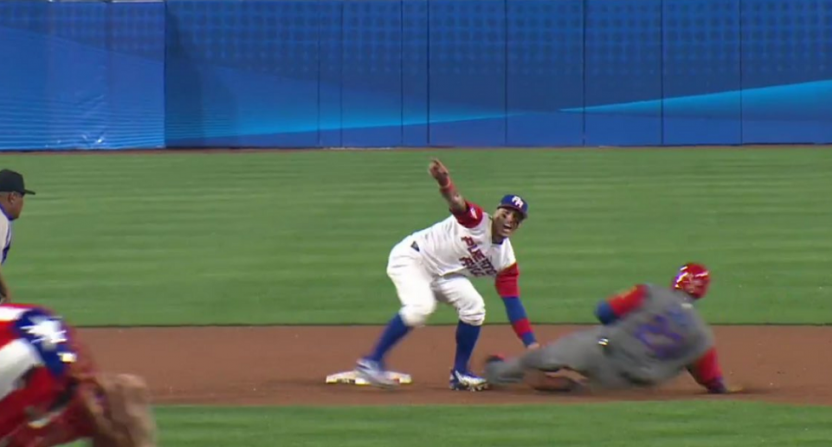 The First Four gave us two (sort of) NCAA Tournament game on Tuesday night, Javy Baez made another incredible (and hilarious) tag, and a dude jumped off a subway train and races it to the next stop. We’ll get to all that and much more here at the Wednesday Cheat Sheet. Giddy up, it’s go time…

Mount St. Mary’s and Kansas State were victorious to (sort of) start the NCAA Tournament

But, we know that Mount St. Mary’s (for the right to get slaughtered by Villanova!) is in that field of 64, after they beat New Orleans by one point in a 16-16 game:

The main story after this game was actually about a New Orleans player choking a teammate:

The other game on Tuesday night involved 11-seeds Kansas State and Wake Forest, two teams actually capable of winning a tournament game or two. The Wildcats will get that opportunity as they came away with a 95-88 win. Quite a high-scoring game:

Kansas State will face the 6-seeded Cincinnati Bearcats in the (real) first round.

Pool 2 of the World Baseball Classic got started last night in San Diego, with Puerto Rico taking down the Dominican Republic 3-1.

But the most incredible play from the game came on Molina throwing Nelson Cruz out at second — who was trying to steal for some reason — and Javy Baez celebrating a tag before even making it. And he did it without even looking at Cruz! This is amazing:

Javy was literally celebrating before the tag happened. Never even looked at the runner pic.twitter.com/Y2MhzOHoRa

Javy celebrating as he puts the tag down. ??? pic.twitter.com/jKSzvJT3ih

Baez has shown over the last couple of years that his ability to tag is a special, valuable skill. We had never even considered tagging a skill before he came along. Here  are some more insane tags he’s had: 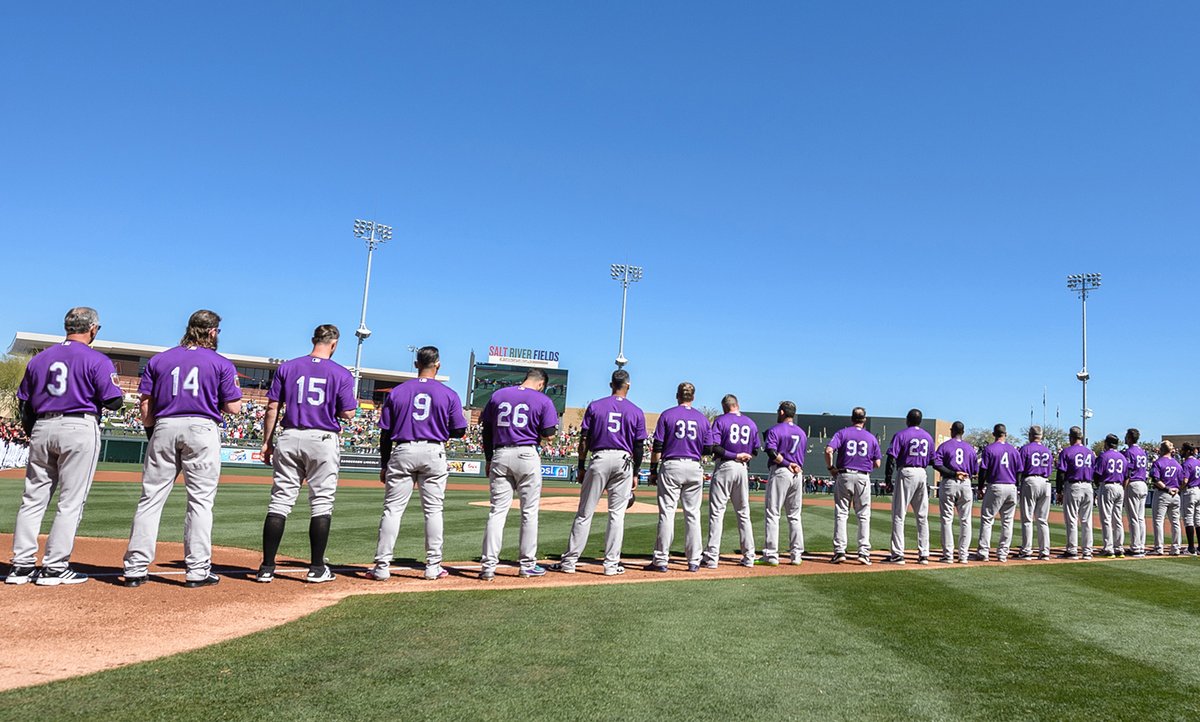 – This is awful: former Bears star linebacker Lance Briggs says he has symptoms of CTE.

And Percy Harvin is retiring for a second time. The former star wide receiver and kick returner has had issues with migraines for the last several years.

– The Rays reportedly agreed to a six-year extension — worth more than $50 million — with center fielder Kevin Kiermaier. His offensive numbers won’t blow you away, but he’s as valuable as anybody in baseball defensively, and has been worth four+ wins on average over the last three years.

– I intended to have a simple post on Rajon Rondo’s comments about Fred Hoiberg and the Bulls’ front office, and it basically turned into a rant about the Bulls’ shitty front office.

– The Warriors keep struggling with Kevin Durant gone and barely pulled out a win in the final minutes at home vs the Sixers.

It was Steph Curry’s 29th birthday, and he got this neat cake that includes a Pi symbol for Pi Day:

Blessed to see another year. So many things to be thankful for! Keep growing, keep pushing, living life….Appreciate everyone who reached out today. #29 #morelife

– But back to the Warriors struggles- Alex Putterman writes how the Cavs-Warriors rematch isn’t so inevitable after all. Both teams are dealing injuries to star players, the Spurs, Celtics, and Wizards are looking more dangerous by the day, etc. Now, I’d still bet we have this series, but there’s at least some doubt there now. A couple of months ago I would’ve been surprised to see anything but a rematch.

– Alex Putterman also writes that, while the UConn women’s hoops team are the top seed (as usual) in the NCAA Tournament, they’re not invincible.

– Jim Harbaugh (allegedly) to recruit: “I don’t give a shit about your grades.”

– The Colorado Rockies  — like the people that gave Steph Curry his cake — did a good job with Pi Day.

– A Game of Thrones spinoff may very well be happening, but it would have new showrunners.

– Bam Margera is back on a skateboard:

– Here’s the table read for Jason Segel’s dracula song in Forgetting Sarah Marshall, because why not?

I can’t tell you much about this video, aside from that it’s a guy getting off one subway stop to run to its next stop. It’s pretty great: