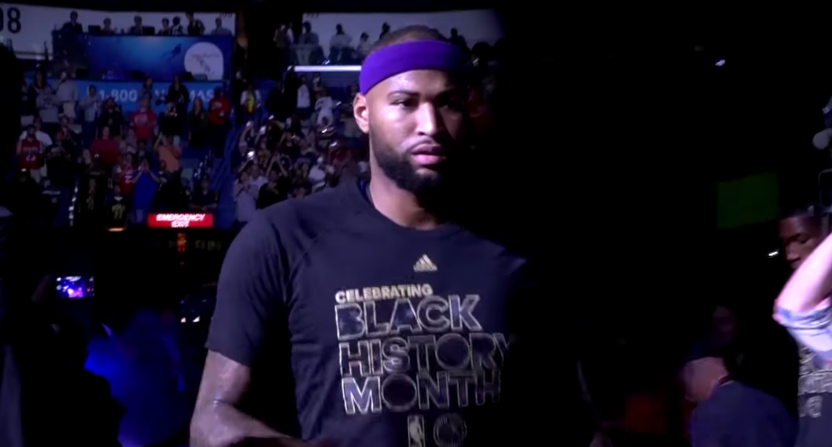 DeMarcus Cousins played well in his Pelicans debut, but that was nowhere near enough for New Orleans. Draymond Green’s antics ruled the first half of Warriors-Clippers; then the Dubs offense took over. And what the heck is going on with once-Big-Ten-favorite Wisconsin?

With that, here is Friday’s Cheat Sheet.

DeMarcus Cousins’ debut with the Pelicans didn’t go so great 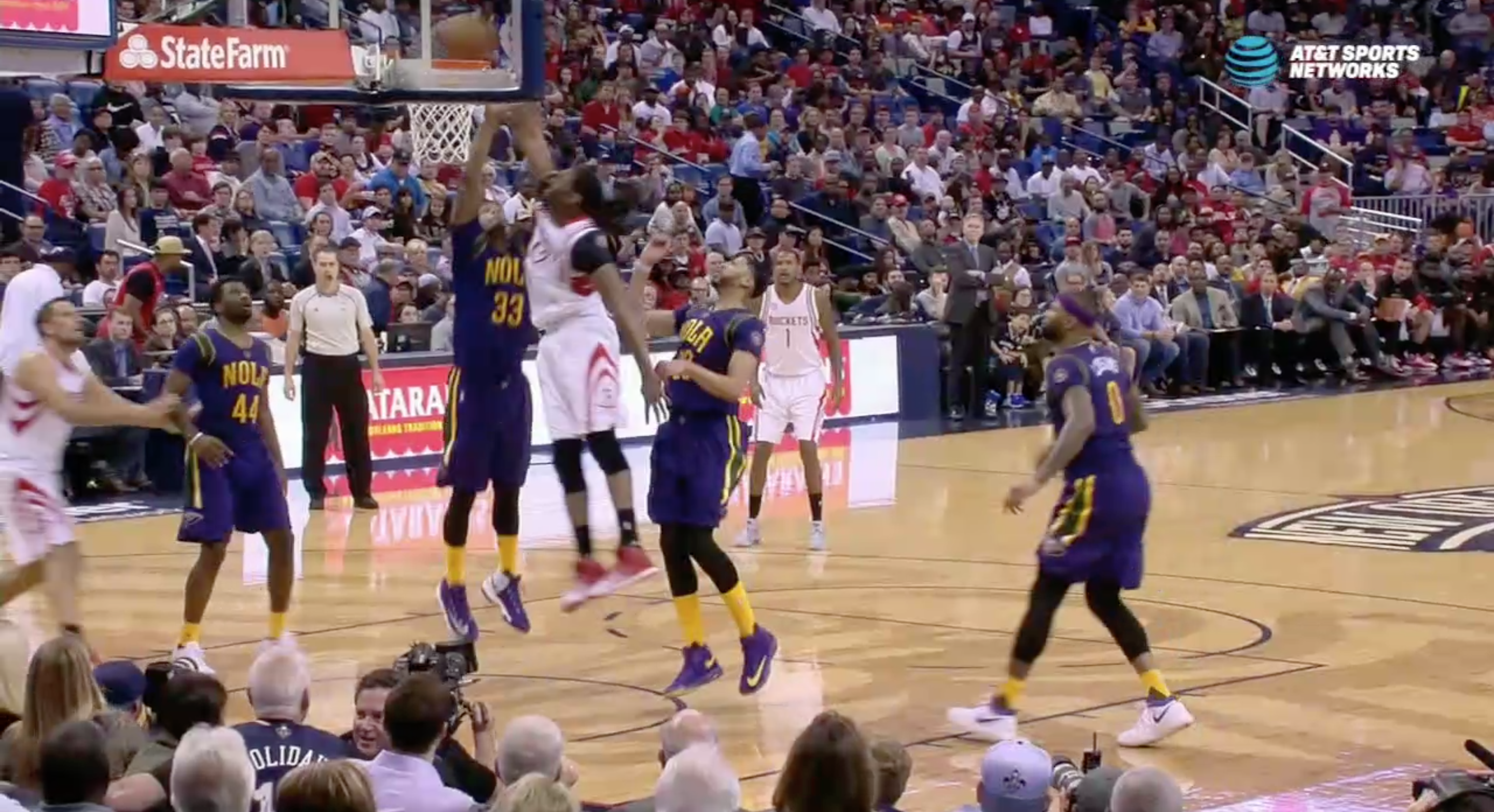 Well, individually Cousins actually played great, posting 27 points, 14 rebounds, 5 assists, 5 steals and 4 blocks in his first game after the trade. But the Pelicans lost 129-99 at home to the Rockets.

New Orleans held James Harden in check with 13 points on 3-of-9 shooting, although the MVP favorite dished out 14 assists. Lou Williams went off in his Rockets debut for 27 points on 7-of-11 three-point shooting, and Eric Gordon added 19 off the bench.

To make matters worse, Omri Casspi, who New Orleans also acquired in the Cousins deal, broke his thumb and will miss four to six weeks.

The Pelicans were fortunate to not fall further out of the playoffs as the Kings upset the Nuggets in their first game without Boogie, keeping the gap at 2.5 games.

Draymond kicked and trashed talk, then the Warriors scored 50 points in the 3rd quarter to beat the Clippers 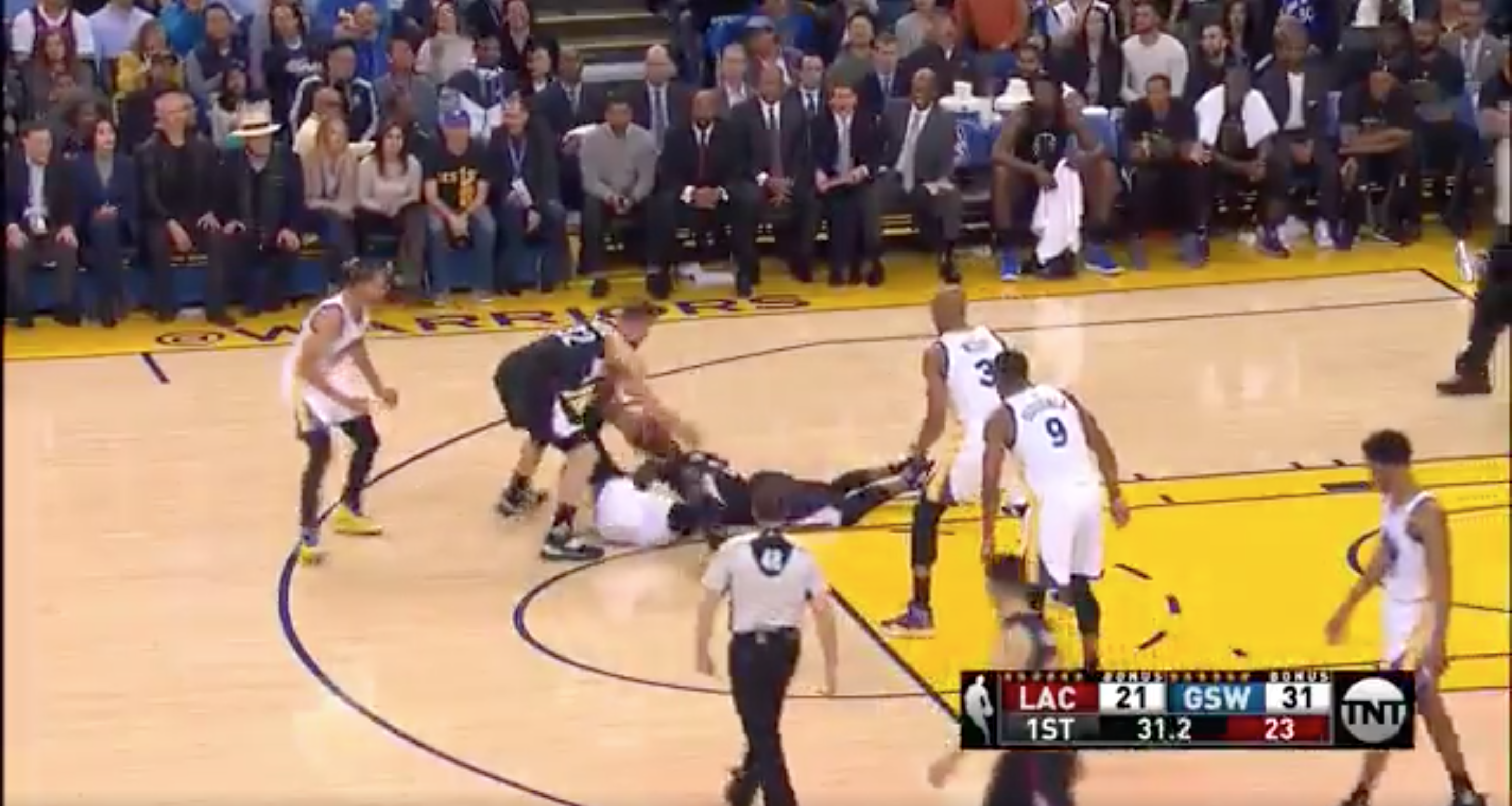 Draymond Green had another rough game with 7 points, 6 rebounds, 4 assists and 6 turnovers. He also trash talked Paul Piece and nearly kicked Blake Griffin in the head.

Here’s video of that Draymond Green technical via @gifdsports. Yells at Kerr at 46-second mark. pic.twitter.com/UBpDunFq04

Green made all the mid-game headlines and tweets, but in the end his teammates stole the show with a 50-point third quarter to turn a 12-point halftime deficit into a 12-point lead entering the fourth. Six teams failed to score that many points in an entire half that night, including the Warriors in the first half of their 123-113 win.

Steph Curry went bananas with 35 points, 7 rebounds, 5 assists and 4 steals. The reigning MVP also made a ridiculous buzzer-beater from well beyond the arc to end Golden State’s dominant third quarter.

All that had the Warriors dancing aplenty.

Okay, so not everything in the third quarter was a thing of beauty.

Is Wisconsin in free fall?

No. 16 Wisconsin has lost of three out of its last four ever since the Selection Committee threw some shade at the Big Ten by leaving the Badgers out of their top-16 reveal.  Last night, Wisconsin lost by 83-73 at Ohio State after trailing by 20 late in the second half.

Granted Wisconsin beat No. 23 Maryland handily two games ago, it also lost at home to a struggling Northwestern squad and Michigan, another bubble team.

The Badgers have plenty of top-100 RPI wins, but who really cares about wins over Illinois (No. 56), Nebraska (No. 72) and Penn State (No. 81)? The Minnesota and Maryland wins are still looking good, but Wisconsin now has three sub-40 losses, all in the last 12 days, to balance those out.

There’s not too much to worry about with Wisconsin. The Badgers are ranked No. 19 on Kenpom.com and should be favored in their final three regular season games. But they’ve lost any real hope at a top-four seed in the NCAA Tournament now, and that greatly diminishes their chances of making a deep March run.

At least the Badgers got this highlight post move and dunk out of Khalil Iverson.

Patrick Kane had a hat trick

The Blackhawks beat the Coyotes 6-3, and it was the third career hat trick for Kane. Chicago has now won eight of its last nine games to close within three points of first-place Minnesota in the Western Conference.

—Here are our winners and losers of this year’s NBA trade deadline.

—And the Cavs won that game 119-104 thanks to sequences like this block –> putback slam by Tristan Thompson.

—And LeBron had two monster blocks.

—A Venezuelan skier didn’t even finish his race at the Lahti 2017 winter sports event in Finland, but give him a break — it was his first time seeing snow.

—Ty Lawson is a clock-milking genius.

Savvy move, @TyLawson3. That’s how you milk the clock pic.twitter.com/4oIg0lUdIl

—Fox Sports 1 is trying to find a new role for Katie Nolan as Garbage Time will not return in its current form.

—A new spin on “the dog ate my homework.”

—The Sacramento radio host that criticized the DeMarcus Cousins trade has been pulled off the air for his comments, according to a report.

—Charles Barkley cursed on live TV and then got poo emoji’d.

—The original cuts of Star Wars could soon be available again.

This dog has way better balance than the DeMarcus Cousins trade.