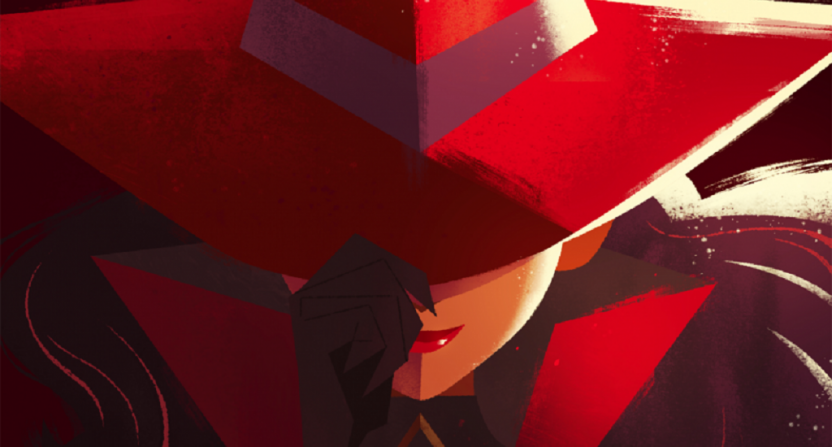 Tuesday’s theme seemed to evolve around the unexpected, as the Chicago Bulls are now up two games to none over the East’s top-seeded Boston Celtics, Pittsburgh Pirates outfielder Starling Marte tested positive for PEDs and is going to become best friends with his couch over the next few months, and the new number one contender for the WWE Championship is who?

Jimmy Butler led the Bulls in scoring with 22 points, but it was Rondo’s performance on the court that lead Chicago to a 111-97 win on Tuesday night. The Bulls’ point guard finished the night with 11 points, nine rebounds, 14 assists, and a number of crazy plays including this beauty of a full court pass that had Chicago Bears fans jealous of a player who can throw a ball with such accuracy:

RONDO WITH THE TOUCHDOWN PASS TO BUTLER! #BullsNation pic.twitter.com/dbe5rQErsa

The Celtics just had no answer when it came to stopping their former point guard from making plays on the court Tuesday night.

Rondo played so well on Tuesday that even Shaq noticed (and he thinks the world is flat…).

How did the Chicago point guard have himself such an impressive night? Well it might have had something to do with the pants he wore heading into the arena.

The Pittsburgh Pirates will be without their star outfielder after the league announced on Tuesday that he had tested positive for Nandrolone, a substance that players who swing a wooden bat for a living are not allowed to take.

Of course, the Pirates released a statement regarding Marte’s suspension and completely threw him under the team’s bus since obviously no one in Pittsburgh’s clubhouse had any idea how this had happened (right, sure).

Marte also released his own statement in which he blamed his positive test on “neglect and lack of knowledge.”

The Pirates are currently 6-8 and losing Marte is certainly not going to help their chances this season in a tough NL Central division that features the reigning World Series champs.

Oh and that substance that he claimed to not have enough “knowledge” (insert Chris Farley GIF here) about? Its profile on Steroid.com comes up as the fourth link when searched on Google.

So maybe learn how to use Google, Starling? You’ve got plenty of spare time now, so it shouldn’t be too hard to fit into your schedule. 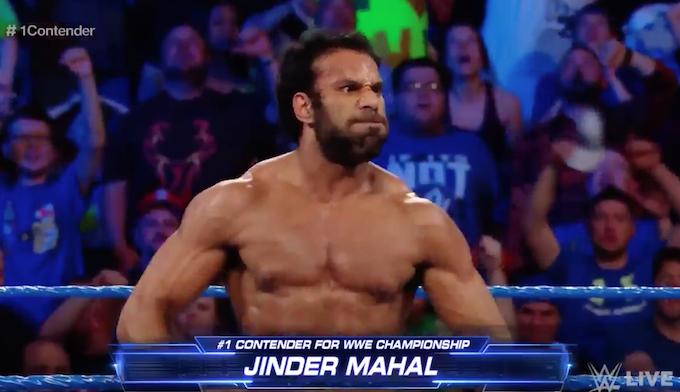 On Tuesday night’s edition of Smackdown Live, a six-pack challenge match resulted in a new number one contender being named for the WWE Championship. In a bit of an upset, Jinder Mahal came out of the match as the victor and will challenge Randy Orton sometime in the future.

There’s no more HINDERING @JinderMahal anymore, as he has become the NEW #1Contender to the #WWEChampionship! #SDLive pic.twitter.com/ygHaDfxkM0

On a show that features a roster of superstars that includes AJ Styles, John Cena, Kevin Owens, Shinsuke Nakamura among others, the WWE went with Mahal as the new challenger for the company’s top title. Before Tuesday, Mahal’s claim to fame was getting bulldozed over by New England Patriots tight end Rob Gronkowski at WrestleMania a few weeks ago.

Rob Gronkowski just made an appearance at #Wrestlemania ??? pic.twitter.com/gBcZOiT7rV

Does the WWE actually have any plans for this guy? Or are they just using him as a placeholder until someone else comes back? Either way, it’s still nice to see some new faces get some actual TV time instead of the same jabronis that everyone is used to. 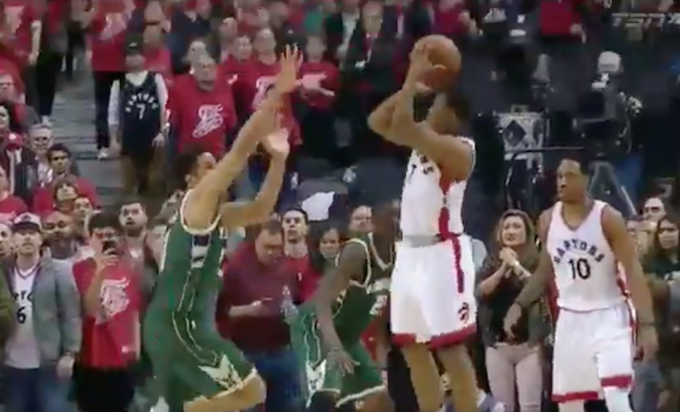 After dropping Game 1 last Saturday, the Toronto Raptors defeated the Milwaukee Bucks on Tuesday 106-100 and tied up their playoff series 1-1.

DeMar DeRozan led the Raptors with 23 points and Toronto’s Kyle Lowry pitched in with 22 points. Lowry’s bucket with nine seconds left sealed the win for the Raptors on Tuesday night.

That was not the only play Toronto’s point guard made against the Bucks’ defense.

It’s safe to say the #Raptors are glad to have Kyle Lowry back…#WeTheNorth pic.twitter.com/RFUQP7OMLd

Lowry explained after the game that the play that resulted in his last second shot was actually drawn up to go to DeRozan.

Milwaukee did its best to stay in the game, but in the end the Raptors just proved to be too much. Not even Giannis Antetokounmpo’s Mr. Fantastic-like arms could lead the Bucks to a win on Tuesday.

The Greek Freak spikes up the ball and cleans it up for ✌️ #FearTheDeer pic.twitter.com/cmwBJFgfK2

– The New York Rangers won a home playoff game for the first time in six tries, defeating the Montreal Canadiens 2-1 to tie up their first-round series at 2-2.

– The Columbus Blue Jackets avoided a series sweep and beat the Pittsburgh Penguins 5-4 on Tuesday while their fans fought in the concession stands.

– The San Jose Sharks remembered how to score goals on Tuesday and put whopping seven of them on the board on their way to a straight up 7-0 rout over the Edmonton Oilers to tie their playoff matchup at two games apiece. Perhaps the Oilers struggles had something to do with them practicing in the dark prior to Tuesday night’s game?

The San Jose Sharks made the Edmonton Oilers practice in the dark and with no nets before Game 4 today ?: pic.twitter.com/ZUmm0AjqNV

– Chris Paul scored 21 points and 10 assists to lead the Los Angeles Clippers to a series-tying 99-91 win over the Utah Jazz.

– Grayson Allen is returning for his senior season at Duke instead of entering the 2017 NBA Draft. Duke’s opponents should think about wearing shin guards next season.

Grayson Allen returning for his senior season. Looking forward to more of this pic.twitter.com/M2OnRl63Ir

– Major League Baseball reportedly loves to hire white dudes, and in other news, water is wet.

– The full NFL regular season schedule will be released on Thursday night at 8 p.m. eastern and talking heads will make bogus 2017 predictions for hours afterwards.

– The Vegas Golden Knights will announce their roster at the NHL awards on June 21 but unfortunately, their name will remain the same.

– Hey it’s Charles Barkley, and he is trying to defend his senile comments about Celtics guard Isaiah Thomas. You keep doing you Charles and then maybe one day you’ll actually get fired.

Charles Barkley fires back at  people saying he “crossed the line” by saying he felt uncomfortable about Isaiah Thomas playing on Sunday pic.twitter.com/p2hNPDyu7y

– The first episode of the final “Pretty Little Liars” season aired on Tuesday as husbands and boyfriends rejoiced!

– Netflix is coming out with a Carmen Sansdiego show featuring “Jane The Virgin” star Gina Rodriguez. Maybe this will workout and be good but it cannot get better than the original game show right?

– Former “Making The Band” stars-turned-music group, O-Town, decided to release some new music on Tuesday. Not sure yet if any of their music will create anymore “Liquid Dreams”.

– Korn has a new bass player and he’s 12 years old. No big deal. His dad is in Metallica so he was literally born with a guitar in his arms.

We’ve all seen dogs skateboard before, but this dog in particular proved that he does not need the help from any silly humans to shred on his board.

Forget the NBA and NHL playoffs, your sports highlight of the day is this extremely good dog skateboarding at the park.