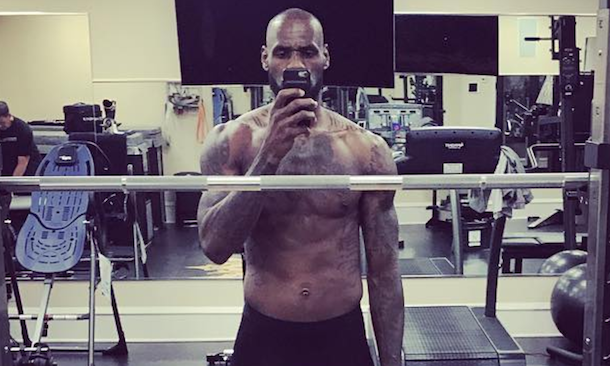 Thursday was a bit sad as it pretty much officially marked the end of this year’s NBA season. The Warriors celebrated their title win with the city of Oakland and dismissed any notion of their squad being known as a “super team”. Other notable events from Thursday included home runs being cranked and birdies being sunk. Oh, and more man romper nonsense.

But with that being said, let’s get to today’s Cheat Sheet.

Rickie Fowler’s career day has him leading by one stroke after the first day of the 2017 U.S. Open

On the first day of this year’s U.S. Open at Erin Hills in Wisconsin, 28-year-old Rickie Fowler’s seven-under, 65 has him atop the leaderboard and on track to capture the first major PGA tournament win of his career.

Here’s some context for @RickieFowler‘s first round performance today.

Lots of love for @RickieFowler on No. 9, and deservedly so.

Fowler will have to keep up with his high level of play for the next three days if he’s going to get the victory, as a total of 16 players are within four shots of the lead heading into Friday’s second round.

Round 1 leaderboard at the U.S. Open

Despite the high number of players shooting under par on Thursday, a handful of the PGA’s top players did not experience the same fate.

Jordan Spieth sits tied for 61st after his round of 1-over 73 while Rory McIlroy lies tied for 143rd after shooting 6-over 78. #SSGolf

The top news of the day actually had nothing to do with any of the players on the course, as a blimp randomly crashed near Erin Hills. But it probably won’t be the only thing to crash and burn during this year’s tournament.

Just got to the #USOpen and the blimp caught fire and crashed. People parachuted out. pic.twitter.com/1lDi3VkXCu

First responders on scene after blimp crashes at the U.S. Open in Wisconsin (images via WTMJ chopper) https://t.co/Q7IIdyY2ST pic.twitter.com/MiFF7PJPoR

For the second time in the last three seasons, the Golden State Warriors are the champions of the NBA. And with every championship comes a victory parade. More than one million people were said to be in attendance in Oakland on Thursday to help their city’s favorite team celebrate their achievement.

Wait, what’s that on Draymond’s shirt?

Draymond so disrespectful to cavs by wearing that “Quickie” shirt #warriorsparade pic.twitter.com/DUxVyT6juL

Despite the disrespect, Green claimed his shirt was all in good fun.

Draymond Green: “I can’t forget the Ultimate Warrior shirt from LeBron. The 3-1 tombstone cookies. I was waiting on this moment. I’m petty.” pic.twitter.com/IDF7Ww9HgH

Draymond also had a message for everyone claiming that the Warriors needed a “super team” to beat LeBron and the Cavs. 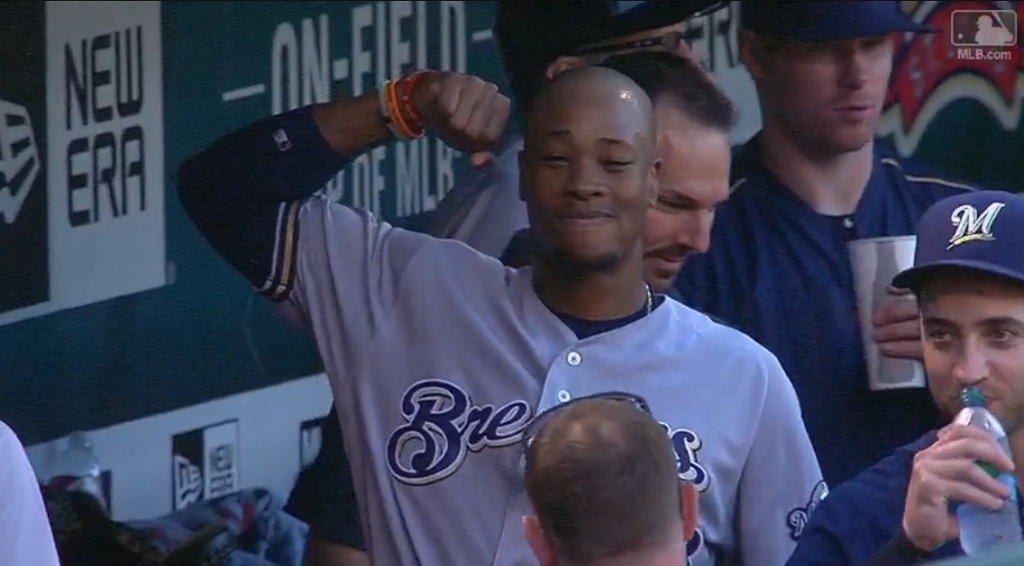 – The Louisville (pronounced with a silent S) men’s basketball program and their head coach Rick Pitino have been handed a pretty severe punishment following the NCAA’s investigation into the school’s negligence of escorts being used to recruit players. Looks like Rick isn’t as slick as hair leads many to believe.

Penalties include 5-game head coach suspension and vacation of records in which student-athletes competed while ineligible from 2010-14.

– In a stadium that has seen its fair share of bombs hit into the stands, Milwaukee Brewers outfielder Keon Broxton launched the longest home run ever recorded at Busch Stadium III on Thursday. Also, when did baseball stadiums begin adding a suffix to the end of their name like they are a washed up NFL quarterback?

– NBA offseason moves have already begun and it was revealed on Thursday that Jerry West is taking his talents back to Los Angeles to work for the Clippers. Looks like Chris Paul is finally going to have some competition at point guard next season.

BREAKING: Jerry West is leaving the Warriors to join the Clippers, per @McCallum12 https://t.co/E0y6cNje56

– Pittsburgh Penguins star Sidney Crosby revealed that he received a text from former NFL quarterback Peyton Manning after the Penguins’ most recent Stanley Cup victory. You saw it here first, but don’t be surprised if Crosby ends up as the next spokesperson for Papa Johns.

Crosby said Peyton Manning texted him after the win. “I thought that was pretty cool. Didn’t realize he followed hockey that much” -MC

– As pro sports teams begin to flock to Las Vegas, baseball legend Pete Rose’s latest attempt to gain Hall of Fame eligibility has been denied. Perhaps he will get in one day, but that day doesn’t seem like it’s coming anytime soon.

– Following the actor’s recent passing, the city of Los Angeles saluted Adam West on Thursday night the only way possible. By lighting up the bat signal.

– A man romper featuring the face of Kim Jong Un can now be purchased. Haven’t heard if the rumor of it immediately bursting into flames once removed from the packaging is true or not though.

I did it! I found the worst thing on the internet. A combination of so much awful. pic.twitter.com/XvgiFf81xq

– LeBron James has finally given up his attempt at a hairline and completely shaved his head bald. Can’t wait for people to claim that Michael Jordan is still better because he went bald first.

– Netflix has released the trailer for their new documentary that covers everything from Hulk Hogan’s sex tape trial to the current President of the U.S. trying to get away with lying about everything. Not many movies can provide an audience with that good of a combination.

Since Thursday was the GIF’s 30th birthday, let’s honor it one of the greatest GIFs to ever grace the human species with its existence.