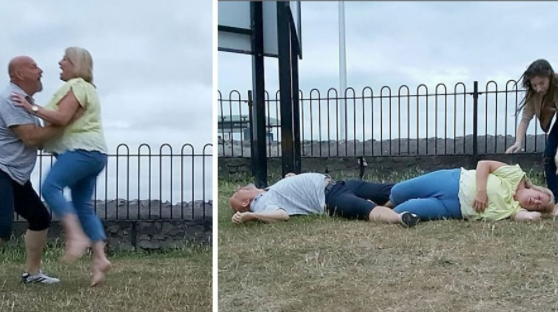 Remember when it seemed as though Roger Federer had hit a wall and was destined to hit the backslide of his professional tennis career? Yeah, me neither. The dude can still ball on the court like few are capable of today. On Sunday, Federer capped another memorable run. And for that, he receives the top honor of being the lead story in our Monday morning edition of The Cheat Sheet.

Roger Federer dominates his way to another Wimbledon title 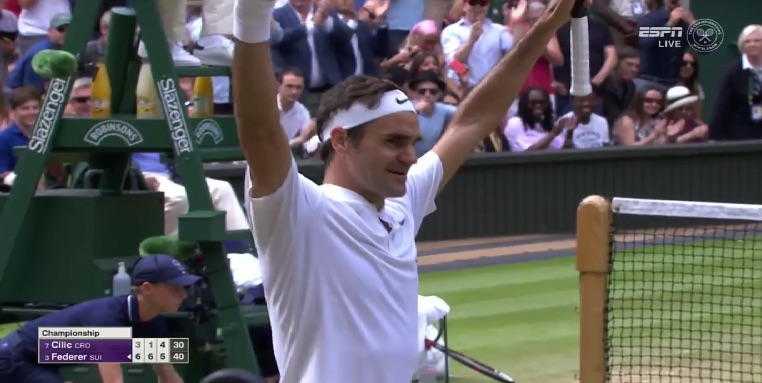 Call him the ageless wonder, because Roger Federer continues to thrive as he continues to age. Federer captured his eighth Wimbledon title on Sunday by putting aside Marin Cilic in three straight sets, and the emotions of his latest feat caught the best of him afterward as the reality settled in. Federer did not lose a single set during the entire Wimbledon tournament, which is amazing. Here’s the winning point, which was fittingly an ace.

Roger Federer… The one and only WimbleDON! ??? pic.twitter.com/0UoQWDdeSl

This was Federer’s 19th career Grand Slam title, and he is now tied with Pete Sampras and William Renshaw for the most Wimbledon titles. Later, Federer posed with another GOAT candidate, Tom Brady.

And as expected, Federer received top billing in the British papers. 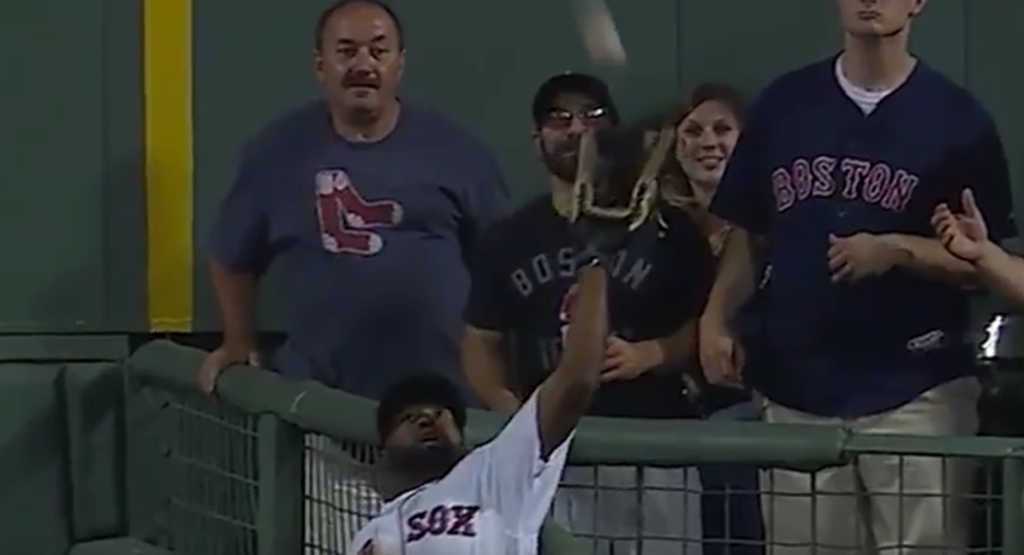 A day after playing 16 innings of baseball, the Boston Red Sox and New York Yankees played a day-night double header on Sunday. One of the highlights of the Sunday action took place at night when Jackie Bradley Jr. got some air underneath him to snag a would-be-homer by rising Yankees sensation and Home Run Derby champion Aaron Judge. It was so nice, we’ll watch it twice.

In a bit of a funny twist, earlier in the day the Yankees hit a home run that traveled an estimated 295 feet off the bat of Didi Gregorius…

#Yankees had a HR earlier today that was estimated at 295 ft, and they just got one at 411 ft robbed. So it goes.

The Yankees and Red Sox split the double header, with each team winning a 3-0 game.

– The Miami Hurricanes may very well be a team worth paying attention to in the ACC (after Florida State and Clemson, and maybe Louisville). If Richt can write up plays the way he does the proper way to eat a standard sandwich, then Miami should make plans to play in the College Football Playoff.

– As the Colorado Rockies were routing the New York Mets, Charlie Blackmon hit an inside-the-park-home run. Notice the lack of hustle by Curtis Granderson on the play though (although it looked as though the ball hit above the line on the fence).

Charlie Blackmon with his 21st home run of the year, a 2-run INSIDE THE PARK HOME RUN #Rockies

– An Astros minor leaguer hit an inside-the-park homer as well, although in much more hilarious fashion.

– In the majors, it was Logan Morrison with the bat flip of the weekend.

– A court in Brazil has dropped charges against American swimmer Ryan Lochte from the 2016 summer Olympics fiasco.

– Some football players got in trouble this weekend. There was Denver Broncos wide receiver Cody Latimer slapping a strip club bouncer and Houston Texans rookie running back D’ONta Foreman getting busted for possession of a weapon and marijuana. That’s a great way to begin your NFL career, I say.

– On Sunday, the world said goodbye to Oscar-winning actor Martin Landau (perhaps best known for his roles in Ed Wood, North by Northwest and the Mission: Impossible TV series in the 1960s), George Romero (the father of the modern zombie and writer and director of Night of the Living Dead), and longtime sports announcer Bob Wolff.

Sad news to report. The sportscaster Bob Wolff has died at 96. https://t.co/P00qXKpmVI

– In travel news, a plane was forced to land because somebody ripped a nasty one that made everyone sick, and Delta is feuding with Ann Coulter.

– And if you wanted another good example of a brand taking it to some troll on Twitter, give some props to Square…

Kill me for saying this, but I think the #brand won this exchange pic.twitter.com/KpHUFdWWhX

– Marshawn Lynch threw out the first pitch at an A’s game. The A’s also shipped Sean Doolittle and Ryan Madson to the Washington Nationals.

– I would say I am a fan of the new UCLA football uniforms from Under Armour, although I wish the Bruins would use the old number font.

– So the next Dr. Who will be played by a woman, Jodie Whittaker, and you will never guess that some men online are not happy about such a decision.

– Have to admit, dude has a point here…

"Anyone know why these two should not be joined in marriage?"

ME: *from back* THEY'RE DOING A CASH BAR

– Floyd Mayweather and Connor McGregor went on a worldwide PR tour last week to promote their upcoming fight, but as the week went on it became pretty clear the two were starting to run out of material…

– People still want to reenact a signature scene from Dirty Dancing, and people still end up hurting themselves trying to do so.

– This dude just upset the No. 4 Super Smash Bros. player in the world in the blink of an eye to win the EVO 2017 Smash Bros. tournament.

The folks competing at this tournament event are no joke. Just don’t get stuck on the wrong end of a killer combo like this guy did…

Shut down EVO, we have our 2017 EVO moment pic.twitter.com/qXrKHBtsZL

Are you kidding me, @screenrant? Are you even trying? pic.twitter.com/J3jFgGfZJs

– Elsewhere in the gaming community, this 22-year old gamer got fired by the Dutch soccer team that hired him because he was a tool online.

– In case you missed this one recently…

Star Wars, but all of the light saber sounds are Owen Wilson saying "wow" pic.twitter.com/t5Yll0AV4h

We mentioned Tom Brady earlier in today’s cheat sheet. Here’s a video of one of his earliest television interviews that surfaced over the weekend. In it, we see a high school-aged Brady interviewed, and my goodness his interviewing style does not appear to have aged a bit.