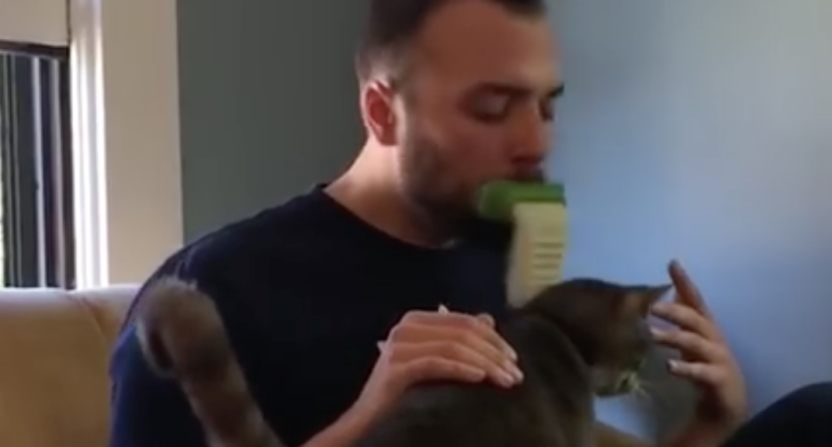 From an incredible golf shot to continued dominance by a rookie and a handful of ceremonial first pitches made by NBA Draft prospects, our cheat sheet is loaded for you this morning as we get a brand new week underway.

Jordan Spieth forces playoff, then wins it at Travelers Championship

Jordan Spieth outlasted Daniel Berger on a playoff hole to take home the Travelers Championship on Sunday. He did so with a -12 and forced a playoff courtesy of a shot from the bunker. That’s something to celebrate. The win was a reason to celebrate enough, but it also calms the nerves for some who may have been concerned about Spieth’s recent run. This was his second win of 2017.

Wouldn't be surprised if @JordanSpieth just holed this bunker shot

Live look at Jordan Spieth after that bunker shot. pic.twitter.com/Fj9OzjLE2o

Some have already started to draw parallels to Tiger Woods.

He and Tiger Woods are the only golfers since 1983 with double-digit wins before their 24th birthdays. pic.twitter.com/AZFZz7ILMn

Cody Bellinger is the Master of His Domain

As the baseball season starts to approach the midway point of the year, it sure looks as though the Los Angels Dodgers have the leading candidate for National League rookie of the year with Cody Bellinger. And in a sign of the times, Bellinger showed and confessed to being ignorant about who exactly Jerry Seinfeld is.

Here’s what the rookie did Sunday that has everyone engaged. As the Dodgers won their 10th straight game with a 12-6 victory over Colorado, Bellinger hit two home runs to bring his season total up to 24. He went 3-for-5 with 4 RBI and two runs scored. He now has six multi-home run games this season, which may or may not be more than the Phillies have as a team. I’m not entirely sure.

Naturally, the world is having a field day with the Seinfeld references in celebrating his hot streak.

Serenity now!@Cody_Bellinger crushes a two-run home run and the #Dodgers now trail by only a run! #LetsGoDodgers pic.twitter.com/wFzGCZn51v

Insanity later!!@Cody_Bellinger with a no-doubter! His two-run homer gives the #Dodgers an 11-6 lead! #LetsGoDodgers pic.twitter.com/1ASWA7AX6i

I wonder if Kramer promised a kid in the hospital Bellinger would hit two home runs.

You can’t be serious, John McEnroe, about Serena Williams!

Serena Williams has been a flat-out dominant tennis player on the women’s circuit for years, but where would she rank if on the men’s circuit? Tennis legend and analyst John McEnroe doesn’t think she’d rank very high among the men. In an interview with NPR, McEnroe suggested Williams would be somewhere around 700 in the rankings.

I don’t know. I might wager a few bucks to suggest she might be a bit higher than 700. Anyway, the opinion sure caused some reaction on Twitter dot com.

I think John McEnroe doesn't see that his comment about @serenawilliams effectively implies that only men can be "greatest athletes." @NPR

Serena Williams could have defeated John McEnroe. She's been on top for decades, unlike McEnroe.

Umm…on @NPRWeekend John McEnroe says Serena Williams would be "like 700th" in the world if rated with male players. pic.twitter.com/lwe4oXYg4i

In other tennis news, Patra Kvitova made the final in her second WTA tournament since she was stabbed.

– It looks like the Mavs will bring back Dirk Nowitzki for one more season. Meanwhile, it seems Mark Cuban took a hard stand on employees leaking NBA Draft picks.

– Klay Thompson had a horrible dunk attempt in China.

– Bulls fans are taking to an online fundraising effort to buy a billboard calling for the firing of just about everybody in the team’s front office.

– Top draft pick Markelle Fultz is excited to be playing in Philadelphia because Chick-fil-A is in the region. Just wait until he finds out about Wawa. When the Phillies return home, we’ll also probably get to see if the newest Sixer can toss a better first pitch than Josh Jackson…

Lonzo Ball with the 1st pitch to Kenley Jansen.

Said it was the 1st time he threw a baseball since 7th grade.

This pitch was a big ball! pic.twitter.com/48ISNzE9VL

– Ichiro is now officially the oldest man to play center field since 1900.

– Tim Tebow is moving up to triple-A in the Mets’ farm system. He’s hitting .222, but leads the minors in heart.

– Scott Van Pelt broke down when Dodgers rookie Cody Bellinger had no clue who Jerry Seinfeld is.

– LSU running back Derrius Guice is going to be one of the top running backs in the nation this fall, and he’s squatting 650 pounds this summer. Watch out.

– ESPN’s body issue is coming soon, and it will include hockey stars Joe Thornton and Brent Burns.

– Team USA will have some new faces as they begin competing in the CONCACAF Gold Cup. And the Russians are under investigation by FIFA for alleged doping in 2014. That’s so Russia.

– And in MLS, we had a red card taken back after an opponent showed some good sportsmanship and was honest about a situation a ref misread.

– I tend to trust my GPS to get me from Point A to Point B without much of a problem, but this is another example of why sometimes we need to not blindly trust the latest technological advances.

– A dude in California has visited Disneyland 2,000 straight days and is probably already a few days closer to 3,000 by the time you read this.

– A town in Kentucky elected a dog to be mayor. I mean, why not?

As a dog owner, I tend to think cat people can be weird. With that in mind, I’m not even sure where to start with this ridiculous item. And yes, it’s real.