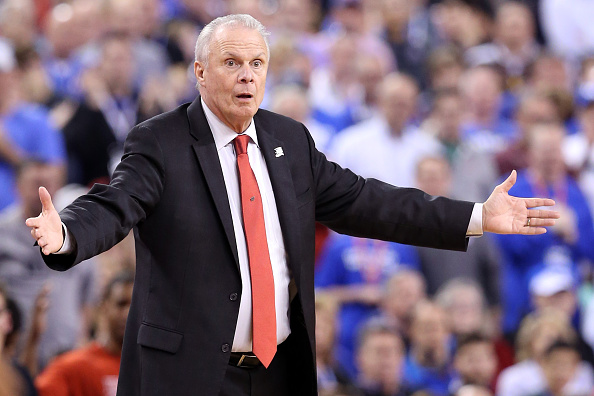 Today’s Cheat Sheet is all about retirements, reinstatements, streaks and awakenings. Get caught up in time to start your day.

“After months of conversation with Barry Alvarez and his administrative staff, as well as my wife, Kelly, I have decided that now is the right time to step down from the head coaching position here at Wisconsin,” Ryan said. “This was a decision months in the making. I brought this up to Barry back in April. He advised me to take some time to think it over and I appreciated that. But in recent weeks, I have come to the conclusion that now is the right time for me to retire and for Greg Gard to have the opportunity to coach the team for the remainder of the season. I discussed this with Barry and I appreciate him giving me the space to make this decision.”

Ryan, who turns 68 on Sunday, had 364 wins in 14+ seasons with the Badgers, and led the team to the NCAA Tournament 14 times, with two Final Four berths. Just last season, Ryan led Wisconsin to the National Championship Game (in which they lost to Duke) and a school-record 36 wins.

To summarize: Bo Ryan has been one hell of a coach and that was as clear as ever just this past March.

Twitter was of course filled with reactions to Ryan’s retirement.

Bo Ryan was simply the GOAT to ever coach @ WISCONSIN! Thanks 4 all the special moments in Badger country. — Dick Vitale (@DickieV) December 16, 2015

Came home to the shocking but unsurprising news that Bo Ryan is retiring at the end of the semester. Don’t think we’ll see another like him. — Seth Davis (@SethDavisHoops) December 16, 2015

Bo Ryan won 71% of his BigTen conference games. That’s the best of any BigTen coach ever — Mike Hall (@BTNMikeHall) December 16, 2015

And one more incredible factoid:

By retiring now, Bo Ryan assures himself this ridiculous feat: He never finished worse than fourth in the Big Ten. Ever. — Matt Norlander (@MattNorlander) December 16, 2015

Pete Rose is just never going to get it

I’m honestly sick of even talking about this story anymore because it’s been the same story for over 25 years now: Pete Rose is a delusional, tone deaf man living in his own fantasy world and is never going to get it.

Had Rose shown some remorse about his decision making and clearly learned from his mistakes, there’s a chance commissioner Rob Manfred would’ve reinstated him. An example of learning from mistakes would’ve been, you know, no longer gambling, and especially no longer betting on baseball. Rose admitted to Manfred that he still does those things.

On Tuesday, Rose held a press conference (in Las Vegas, of course) in response to his lifetime ban being upheld.

Rule No. 1 about responding to a ban that’s in place because of betting on baseball: DON’T TELL EVERYONE YOU’RE STILL BETTING ON BASEBALL.

But, again, Rose just doesn’t get it, and tried to reason with the media as to why it’s okay that he’s still betting on the sport.

Rose was asked Tuesday if it’s true that he’s still betting on baseball.

‘Yes,” he answered. “Unlike 30 years ago when I was out of control as a gambler, I look at myself today … I don’t live in Las Vegas because I gamble. I live in Las Vegas because that’s where my job (signing autographs) is. I’m a recreational gambler now. If I want to go home and watch something on TV and make a small bet on it … I don’t bet every day. I’m not a casino guy. I don’t play blackjack. I don’t do roulette. I don’t do dice. I don’t do all that kind of stuff.

“I occasionally like to go bet on horses because I used to be a horse owner and I’ve got a lot of respect for influential people in that industry. But everything I do is legal. No more behind the scenes stuff that got me in trouble. … I tried to be as honest as I could with the commissioner, and I think he respected that.”

But why continue gambling? “A lot of people don’t understand this, but …. I worked hard my whole life,” Rose said. “I’m 74 years old and that’s the way I get my enjoyment. I’m not a stock market guy. If I want to bet on a football game and go home and watch it, that’s my night of enjoyment.

Pete Rose on not being reinstated: “To be honest with you, I should be the commissioner of baseball” — CBS Sports MLB (@CBSSportsMLB) December 15, 2015

More Pete Rose: “If the Big Red Machine ever took steroids, we would have never lost a game.” — CBS Sports MLB (@CBSSportsMLB) December 15, 2015 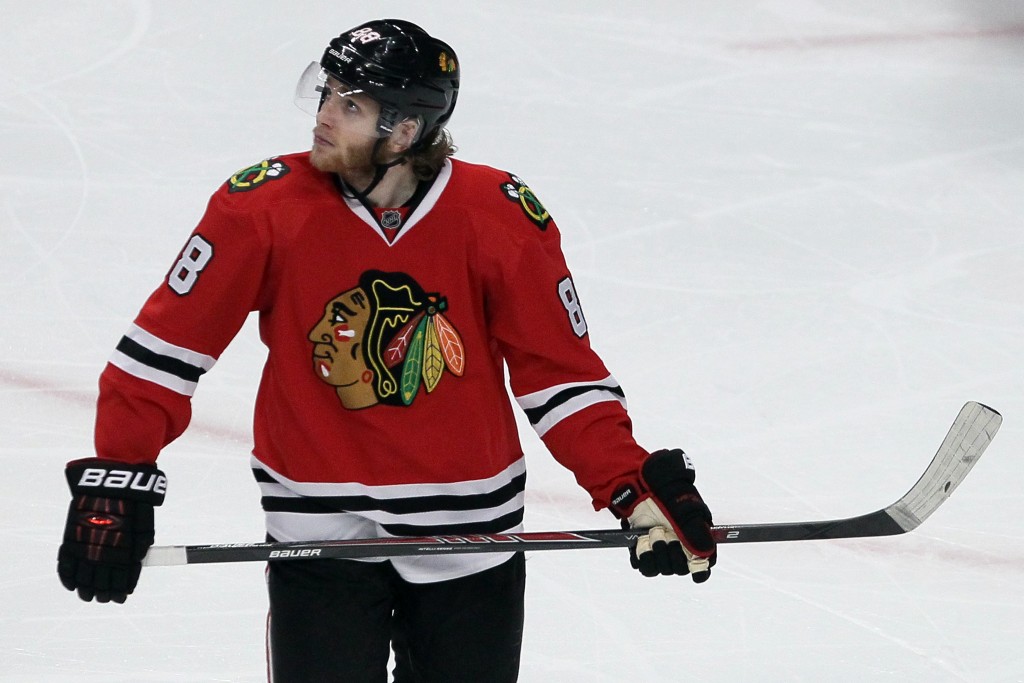 It was an incredible run for Patrick Kane, but the Chicago Blackhawks’ forward had his point streak end at 26 games with the team’s 3-0 loss to the Colorado Avalanche on Tuesday night.

The streak was the longest single-season streak since Mats Sundin’s in 30-game streak in 1992-93. If you want to be reminded of just how amazing Wayne Gretzky was, he had four (!!!) point streaks of at least 26 games:

Patrick Kane: 26 straight games with a point; 1 of 7 players in expansion era with a streak that long (Gretzky had 4), via @EliasSports — ESPN Stats & Info (@ESPNStatsInfo) December 15, 2015 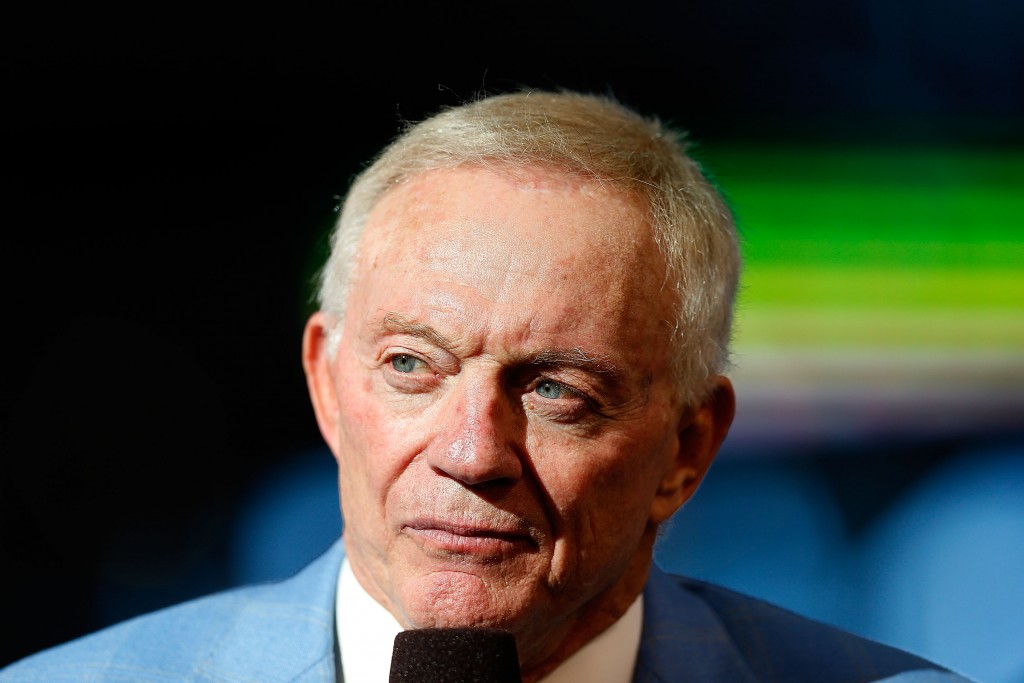 There are three weeks remaining in the NFL regular season, and the Dallas Cowboys are 4-9, with all three other NFC East teams at 6-7. They’re 1-5 in Matt Cassel’s starts, and have scored at least 20 points in just two of those games.

But don’t tell any of this to Jerrah.

Appearing on Dallas’ 105.3 The Fan on Tuesday, Jerry Jones said the Cowboys will go “balls out” to keep wide receiver Dez Bryant on the field, even though it’s assumed that Bryant is playing at far less than 100% after dealing with injuries for much of the year, and after catching just one pass for nine yards in the team’s Week 14 blowout loss in Green Bay.

This is all while Tony Romo still hasn’t placed on Injured Reserve even after breaking his collarbone for a second time this season. Just let it go, Jerry, and focus on the health of your stars for next year.

If you look around on the Internet much today, you’re going to see a crap ton of Star Wars: The Force Awakens reviews. I can tell you that late Tuesday night (reviews were not allowed to be published until midnight ET, I believe) I saw several go flying by on my Twitter feed.

So, if you want to find those reviews, a quick Google search will turn up plenty of them.

If you’re worried about potential spoilers, I found a spoiler-free review for you from Mashable’s Chris Taylor.

But sorry, I’m going to spoil Taylor’s review for you: He really liked the movie.

What you want to know is the answers to some pretty basic questions. Does it feel like a Star Wars movie? Is it better than Empire Strikes Back, widely regarded as the best of the six-film cycle? Is J.J. Abrams about to cause divisions in fandom the way George Lucas did with the prequels? Will you laugh, will you cry, will you cheer, will you get chills?

In the wake of Monday’s world premiere, from which I’ve just returned, my answers are yes, possibly, no, yes, yes and yes. The film is good; time will tell if it’s great.

More importantly, it is an easy film to love, and an easy film to watch even if you haven’t seen a Star Wars flick in 30 years. The magic is back, and even if you’re not a fan, you’re likely to leave the theater with your eyes a-twinkle.

And then we have this awesome video featuring Jimmy Fallon, The Roots, and the Force Awakens cast singing the Star Wars theme A cappella style:

– Peyton Manning is back at Broncos practice, but Brock Osweiler is the starter. For at least one more week, anyway.

– I’m going to file this one under “Things I never thought I’d type”: The Charlotte Hornets look like very real contenders in the Eastern Conference.

–Ranking the best dunks so far of the NBA season.

– In the soccer world, Alessandria shocked Serie A Genoa to become the first third-tier club to reach the Italian Cup quarterfinals in over 30 years.

– Netflix announced the season 4 release date (March 4th) of House of Cards with a teaser during the GOP debates.

– If you’re still alive in the fantasy football playoffs, you may want to check out the top-10 matchups to exploit.