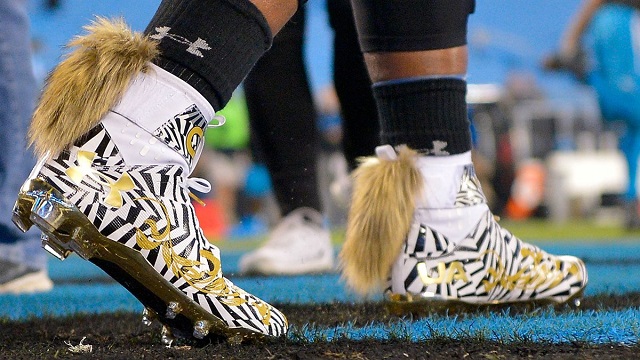 Thursday was oddly a busy day in the world of sports with an NFL game proceeded by Fox Tails, a massive donation from LeBron James, the USMNT talking to replacements for Jurgen Klinsmann, Justin Verlander going off, and the MLB announcing the 2016 AL and NL MVPs.

See, Cam Newton sometimes has a normal sense of style! Well, that wasn’t the case before the Carolina Panthers faced off against the New Orleans Saints on Thursday Night Football.

Cam's cleats need to be sent to 1984 and placed on the feet of The Rock 'n' Roll Express. pic.twitter.com/ppyeNJ75oh

In case you’re wondering, yes those are gold fox tails attached to the back of Cam Newton’s white, black, and gold zebra cleats.

LeBron James continues to be an amazing person

LeBron James isn’t well liked by some NBA fans who have witnessed King James jump from Cleveland to Miami and back to Cleveland in pursuit of a ring. Regardless of what fans may think of his on the court antics, it’s hard to deny he’s an incredible person off the court.

Anyway, a new Muhammad Ali exhibit will soon be unveiled at the new Smithsonian National Museum of African American History and Culture, and will be titled “Muhammad Ali: A Force for Change.”

As a result, LeBron decided to donate $2.5 million to the exhibit.

“When it was presented to me later in the summer, I wanted to make sure I got Lonnie’s blessing,” James said. “Once I got her blessing, I told the museum it was a go. Full throttle. Let’s get it going.”

And James went full throttle with that reported $2.5 million donation.

“I am overwhelmed by the incredible generosity LeBron James has shown,” Lonnie Ali said in a statement. “This exhibit will enable children visiting the Smithsonian to learn more about Muhammad’s work outside of the ring, particularly his humanitarian work and stance on social justice for all people. … I know that if Muhammad was alive today he would be honored.” 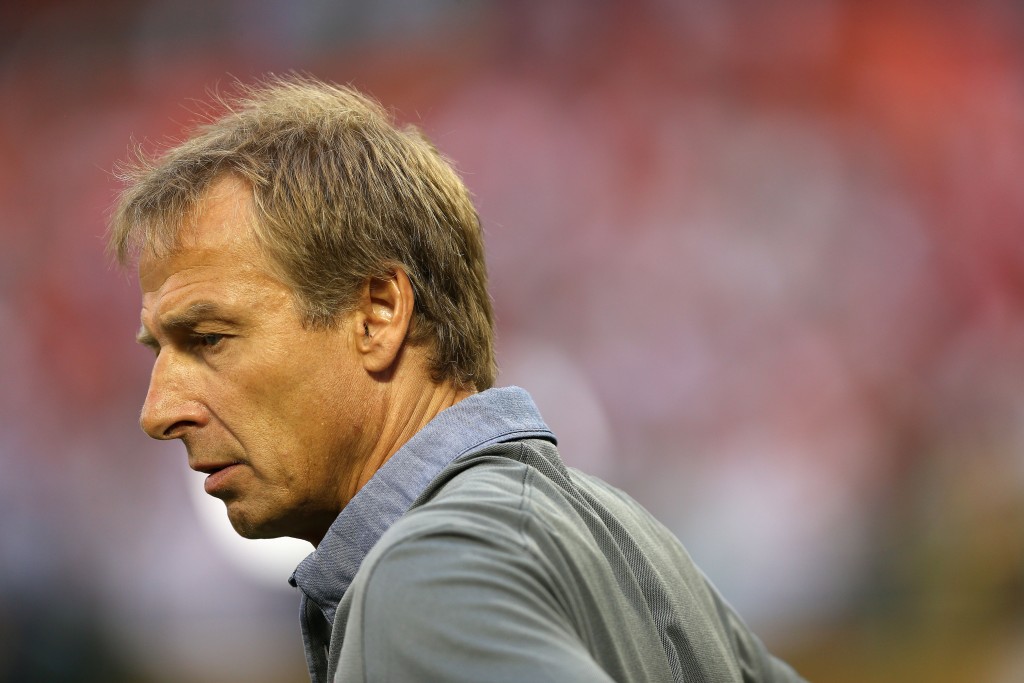 Well, they aren’t starting now. Instead, the U.S. Soccer Federation has been working on a potential replacement for Jurgen Klinsmann for nearly a year now.

The Arena Goff is referring to is Bruce Arena, the Head Coach of the Los Angeles Galaxy who previously was the USMNT Head Coach from 1998-2006.

The 65-year-old led the United States to the quarterfinals of the 2002 World Cup in South Korea and Japan, which was the team’s best finish since the inaugural World Cup in 1930. Arena led the U.S. back to the World Cup in 2006 in Germany, but was fired after the team failed to advance to the knockout round.

Another potential replacement for Klinsmann is Sporting Kansas City head coach Peter Vermes. No changes have been made yet however, and there’s no sign they will be made immediately either. 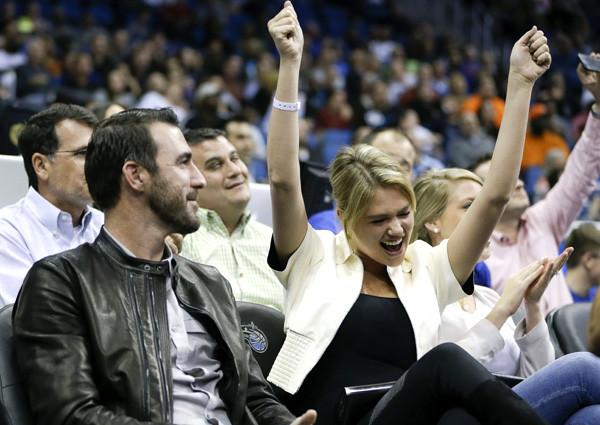 We’ve all seen the tweets by now, but if you haven’t here you go!

Hey @MLB I thought I was the only person allowed to fuck @JustinVerlander ?! What 2 writers didn't have him on their ballot?

He had the majority of 1st place votes and 2 writers didn't have him on their ballots?!! can you pick more out of touch people to vote?@MLB

Sorry Rick but you didn't get any 1st place votes? you didn't win. #ByeFelicia @MLB keep up with the times and fire those writers

Those tweets of course came after Verlander lost out on the 2016 AL Cy Young to Rick Porcello despite taking him more first place votes.

Anyway, on Thursday a reporter picked the wrong battle against Upton and her fiancé in Justin Verlander.

To which Verlander responded with…

.@FeinsandNYDN She wasn't upset about me losing. That's fine. But turning in a ballot a week b4 the season ends?! https://t.co/J59frfX79M

Her point was they were uninformed. That they turned in their ballot a week early only validated her point. https://t.co/X2ScjTRbqP

Also if you "don't disagree" where do you get off telling anyone to "pipe down"?!? https://t.co/X2ScjTRbqP

Rule #2 – If you do tweet, don’t pick a battle against a MLB starting pitcher and super model.

Also, with Trout winning, a bunch of ridiculous stats came out about the 25-year-old (!!) winning his second AL MVP.

.@MikeTrout joins Barry Bonds (2000-04) as only players to finish in Top 2 of MVP voting in five consecutive seasons.

Oh there’s this too about Bryant and Trout being really young and good at baseball.

As this note from the great @EliasSports shows, @MikeTrout and @KrisBryant_23 are in elite company among youngest #MLB MVP tandems ever: pic.twitter.com/MGKZ0l8Rw7

– Frank Beamer coached the Virginia Tech Hokies football team from 1987 to 2015. During that time, Beamer took the Hokies to 22 bowl games. With Virginia Tech set to travel to Notre Dame this weekend, Beamer won’t be making the big trip with them.

Instead, he’ll be a motivational speaker at a beauty pageant at Virginia Tech.

You can't make this up, Coach Beamer just told the @NBCSports crew that he can't make the game at ND because he's judging a beauty pageant

– The story of the Cubs winning the 2016 World Series will never end. For one, Tom Verducci is going to write a book about it.

While they won’t be writing a book about it, Funny or Die released a World Series Game 7 and Anchorman mashup video that should be watched by everyone.

– Thursday Night Football was interesting! Well part of it at least.

Anyway, the Panthers thought they had a blocked field goal returned for a touchdown.

Only to have that TD called back. However, on the very next play, the Panthers did finally get that touchdown.

That TD was extremely important as the Panthers ended up winning 23-20.

– In June of 2014, Sports Illustrated declared the Houston Astros the winners of the World Series… in 2017.

Today, the Astros made that look more realistic with a couple big moves to get the Hot Stove cookin’.

The #Astros have acquired C Brian McCann from the Yankees in exchange for RHP Albert Abreu and RHP Jorge Guzman.

The Hot Stove is LIT.

– The Oakland Athletics made some big changes with their Front Office that could have a major impact on the future of the team in Northern California… eventually.

Breaking: The Chronicle has learned that Lew Wolff is stepping down as #Athletics managing partner and John Fisher is taking over role.

Lew Wolff will be chairman emeritus after stepping down as #Athletics managing partner, the @sfchronicle has learned.

In addition, Wolff is selling most of his stake in the #Athletics to the remaining partners, the @sfchronicle has learned.

Wolff: "I think this will push the A's even harder to get a stadium." Thinks site will be picked in next few mos. His son, Keith, involved,

Kaval: "We want everyone in Oakland to have a say in this stadium." Plans to have weekly office hours when anyone can drop in and talk.

– The Cubs plan on reaching out to a famous fan by the name of Steve Bartman.

– Someone brought this sign to the Wizards vs. Knicks game in Washington D.C.

– The Houston Texans and Oakland Raiders will face off in Mexico City on Monday Night Football this week, but the Texans are being told to stay in their hotel rooms and not order room service.

Despite that team mandate, the Texans’ social media gurus released a video about the team’s lack of Spanish speaking skills.

With us heading to Mexico City, we checked in with our players to see how good their Spanish is.

– Johnny Manziel is back in the news, but once again for wrong reasons. He reportedly reached a deal in his domestic assault case against his ex girlfriend.

– ESPN announced it will be airing seven games during MLB’s 2017 Opening Weekend, headlined by Cubs at Cardinals on Sunday April 2nd.

– The Big Ten Commissioner doesn’t care if the schools in his conference don’t want to play on Fridays.

“It’s created a strong reaction,” he said last night during the Shirley Povich Symposium at the Univ. of Maryland. “Quite honestly, this was not a financial consideration. What we’re trying to do is find a window for good games — maybe not the best games — and putting them on national platforms.”

– And ESPN Broadcaster Dave Pasch likes to talk when it means he can “drown out the fan” who is “just babbling.”

A random ‘The Office’ related video:

The only thing left out of Michael Scott’s roasting rant is “Cam Newton, stop wearing Fox Tails on the back of your cleats.”

On last glorious moment of procrastination

Louisville got pounded by Houston on the road 36-10, so here’s an old picture of the namesake of Louisville’s home football stadium, Papa John.

Here it is again because it’s just that amazing.

Oh and here’s an extra moment courtesy of our own Liam McGuire.

at @thecomeback we strive to bring you the best content. pic.twitter.com/x2IEo9sWgl