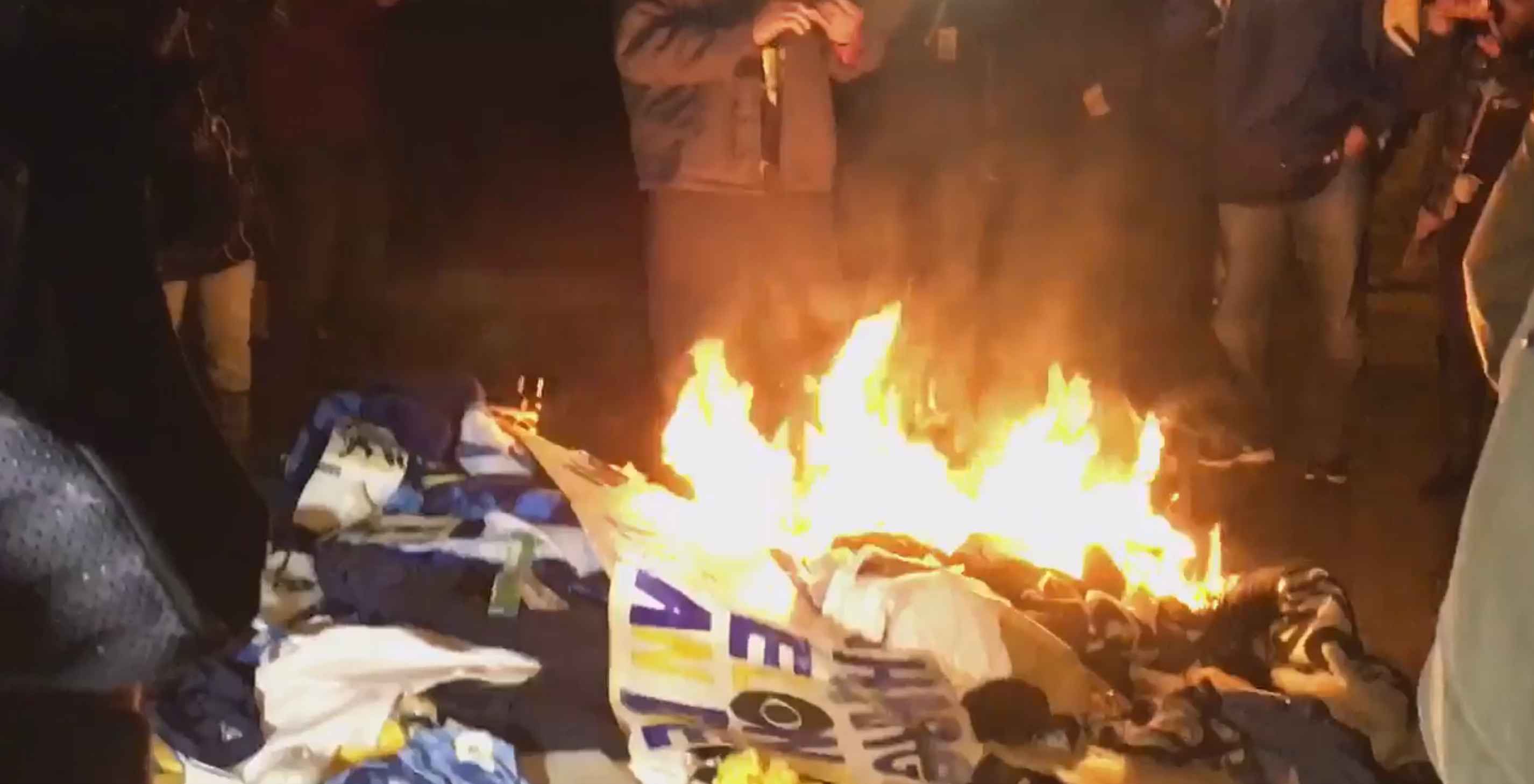 On Wednesday night, news broke that the San Diego Chargers were moving from San Diego to Los Angeles. We assumed that Thursday would be a rough day for the city of San Diego, which had just lost its football team. We didn’t expect that it would also be a bad day for the Chargers in Los Angeles.

Alas, ain’t no love for the Chargers.

We’ve got all the Chargers updates, plus some other NFL coaching news and plenty of basketball right here. Welcome to the Cheat Sheet.

Whew, where to begin here?

They burned stuff, acted like they were going to burn stuff until police told them not to and threw eggs.

Bleach is being dumped on the pile of Chargers memorabilia. People are yelling "burn it." Security is on hand. pic.twitter.com/87ysG3wwIG

A lot of beautiful powder blue Chargers jerseys are going to be thrown out/burned/spat on etc. thanks to this move.

Meanwhile in Los Angeles, owner Dean Spanos and company had a tough Thursday of their own. First of all, the Chargers forgot to tell the Rams about their move, which seems like something they should have taken care of.

The Chargers still haven't informed the Rams of their plan to relocate to Los Angeles.

And while the city of San Diego rebelled, Los Angeles seemed to shrug, with the L.A. Times‘ Bill Plaschke ripping the newest local team in a fiery column.

Then there was the biggest disaster of all: the logo.

The Chargers must have wanted to release their new logo as quickly as possible because they apparently entrusted the design process to a middle school student in an introductory graphics class.

Yeah, they took the Dodgers’ logo, slanted it a little and added a little lightning bolt doohickey. It kind of looks like…

for the record, us & the @dodgers are just friends https://t.co/jBoJhZlYVD

You know it’s bad when random other sports teams are mocking you on Twitter.

Lost in all this? The Chargers reportedly found a new coach Thursday, in former Bills offensive coordinator and interim head coach Anthony Lynn.

Speaking of NFL coaches in L.A, the Rams hired a 30-year-old

Can you be an NFL head coach who’s younger than all your assistants and many of your players? Apparently yes you can.

The Rams, L.A.’s other team, announced Thursday that they were hiring 30-year-old Sean McVay to be their new man in charge.

According to ESPN, McVay is the youngest NFL head coach since Art “Pappy” Lewis was hired to coach the Browns at age 27. That was in 1938.

McVay was a successful offensive coordinator in Washington, and the Rams presumably hope he can bring along 2016 No. 1 overall pick Jared Goff the way he did Kirk Cousins. You have to wonder if he’ll command the respect a head coach needs, but we’ll find out soon, in what will be a very eventful season for Los Angeles football.

…both in this game and in professional football teams.

– Bo Jackson said Thursday that, knowing what he knows now, he would never have played football.

– Ice Cube’s 3-on-3 basketball league has sounded like a brilliant idea ever since Allen Iverson got involved, but it got even better Thursday, when we learned there will be a 4-point line.

– Matt Bonner retired last week, and though his jersey probably won’t ever be retired in San Antonio, the No. 15 flannel shirt will never be worn again.

Without ceremony, the Spurs have retired Matt Bonner's jersey pic.twitter.com/TUD20tXOZi

– Filling a rookie’s car with popcorn is maybe the most entertaining form of hazing there is. It’s funny every time.

– Former NBA No. 1 overall pick Anthony Bennett is going to play in Turkey. He’s probably the biggest bust in NBA history, and you’ve got to feel a little bad for the guy.

– Apparently Dwyane Wade can still do this:

– Cal claimed it had fired football coach Sonny Dykes for cause but could not come up with a compelling justification and likely will now have to pay the coach $5.88 million.

– Arizona and Arizona State’s basketball teams don’t quite get along.

– This goalie fight looks like a Mike Tyson bout from the late 80s.

– Speaking of which, The Comeback’s Dave Lozo responded to all the angry comments left on an article about why fighting in hockey is bad, and it’s truly incredible. You will laugh and you will cry.

– Disney is reportedly negotiating for the rights to a CGI Carrie Fisher, so that the last actress can appear in future Star Wars movies. Maybe one day that will seem normal, but for now it sounds awfully creepy.

– Just what you need to start your day: Jack Daniels is now selling whiskey-infused coffee.

This is apropos of nothing, it’s just an incredible piece of art that doesn’t get enough attention. Also, we’re only a month from Valentine’s Day!