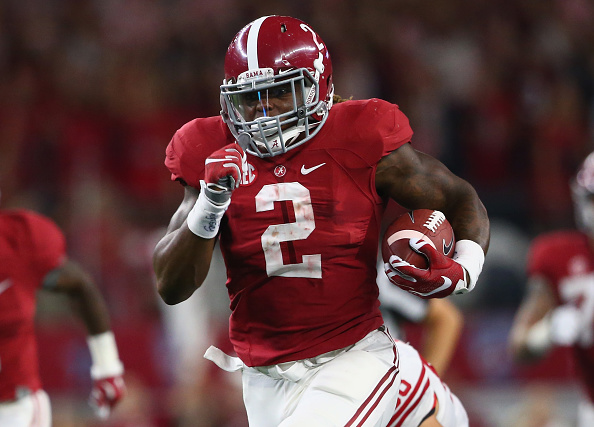 Hopefully you have a fun, safe, New Year’s Eve ahead. Let’s get it started with today’s Cheat Sheet…

An awesome weekend of sports ahead, as the second year of the College Football Playoff gets underway today. It should’ve started like 30 years ago and it would be more fun with six-to-eight teams and they never should have put these games on New Year’s Eve, but we’ll take what we have and enjoy the hell out of it.

It all starts at 4 PM ET (ESPN) with the No. 1 Clemson Tigers taking on the No. 4 Oklahoma Sooners at the Orange Bowl. Despite being ranked No. 1 in the country and having a 13-0 record, Clemson is actually four-point underdogs (per Bovada) in the game.

Oklahoma’s juggernaut offense is the main reason for that, as The Student Section’s Terry P. Johnson explains:

With Baker Mayfield at quarterback, OU’s offense finished sixth in the nation in total offense. The Sooner O was especially impressive in big games, averaging 500.3 yards against FBS teams with a winning record, and 523.7 yards per game against ranked opponents — including an amazing 306 yards on the ground in those contests. This offensive firepower propelled Oklahoma to a 4-0 record against opponents ranked in the final CFP standings.

For the nightcap (8 PM ET, ESPN) at the Cotton Bowl, we have No. 3 Alabama vs No. 2 Michigan State. In this one, we have a very clear favorite, with the Crimson Tide at -9.5 (per Bovada).

Alabama’s elite defense, and Heisman Trophy winner at running back in Derrick Henry, have them as the team to beat in this four-game playoff. But the Spartans have a chance to upset the Crimson Tide if veteran star quarterback Connor Cook is on top of his game, as SB Nation’s Bill Connelly writes:

Alabama does have the best pass defense in the country this year. There’s really no good way to attack the best defense in the country. But State has a legitimate weapon when Cook is healthy, and if the Spartans can do what others have done against Alabama — stay close into the second half — Cook and Aaron Burbridge could connect at some key times.

The winners of these games will meet up in the National Championship on Monday, January 11th (8:30 PM ET).

Chip Kelly releases statement after being fired by the Eagles

As you’re surely aware by now, the Philadelphia Eagles stunningly fired Chip Kelly on Tuesday. And on Wednesday, Kelly released a statement in response to the move:

So, Kelly took the high road after owner Jeffrey Lurie basically threw him under the bus. And this quote was particularly notable, after Kelly’s relationship with the players has been highly questioned:

“Finally, my players mean the world to me. I will miss them very much and I will be rooting for them to achieve their dreams. Life is all about responding to challenges and seizing opportunities.”

Chip is saying all of the right things, and the fact he wants to only be a coach this time certainly helps for the amount of teams that will be interested in his services as well. He shouldn’t have much trouble landing a new head coaching gig in the NFL.

On Tuesday, Tiger Woods turned 40. Isn’t that crazy? That should make all of us feel old, as it feels like not too long ago, he was the young phenom ready to dominate the golf world for a long, long time. And now, HE’S 40, with a pretty rough last several years (on, and off the course). Tiger’s recent health issues have been a large part of the problem on the golf course and leaves his future unclear, as PGA.Com’s Dan O’Neill writes:

Woods made 11 starts last season, had four missed cuts, one withdrawal, three rounds in the 80s and a 71.988 scoring average. The average PGA Tour score was 71.466. Woods held the No. 1 spot in the world rankings for a record 683 weeks. He now sits at No. 416. It is going on eight years since Woods won his 14th and most recent major championship. The fact he had five wins and PGA Tour Player of the Year honors as recently as 2013 suggests he is still capable. The fact he has undergone three procedures since to address disc issues in his back douses that flame.

As I talked about on here yesterday, many writers at The Comeback have put together some really awesome Best of 2015 posts in relation to the sports and pop culture world.

Basically stuff that is right up The Cheat Sheet’s alley. These really are great, and no joke, I’ve learned some new TV shows, music, etc to check out by reading these. Hopefully you do too.

– Cal QB Jared Goff is expected to announce today that he will enter the NFL Draft. In that article I also take a look at what teams could potentially pick Goff.

– MLBTV to offer single-team (cheaper) packages in 2016. This is big news if you’re a fan of a specific team and don’t care about the rest of the league’s games.

– The Comeback’s Ian Casselberry and Michael Grant have their Top 15 Movies of 2015.

– The Walking Dead released a midseason trailer. The first half of the season was pretty disappointing if you ask me, but there is some promise for the second half.

The squat rack is for squats.FP EDIT: Planning on starting a gym membership in 2016? That&#039;s great! Just remember: don&#039;t be afraid to ask questions, never skip your warmup and drink lots of water. Going to the gym should be fun! Send me things you want said in a movie announcer voice! And Jake, it&#039;s time for you to make an account dude.