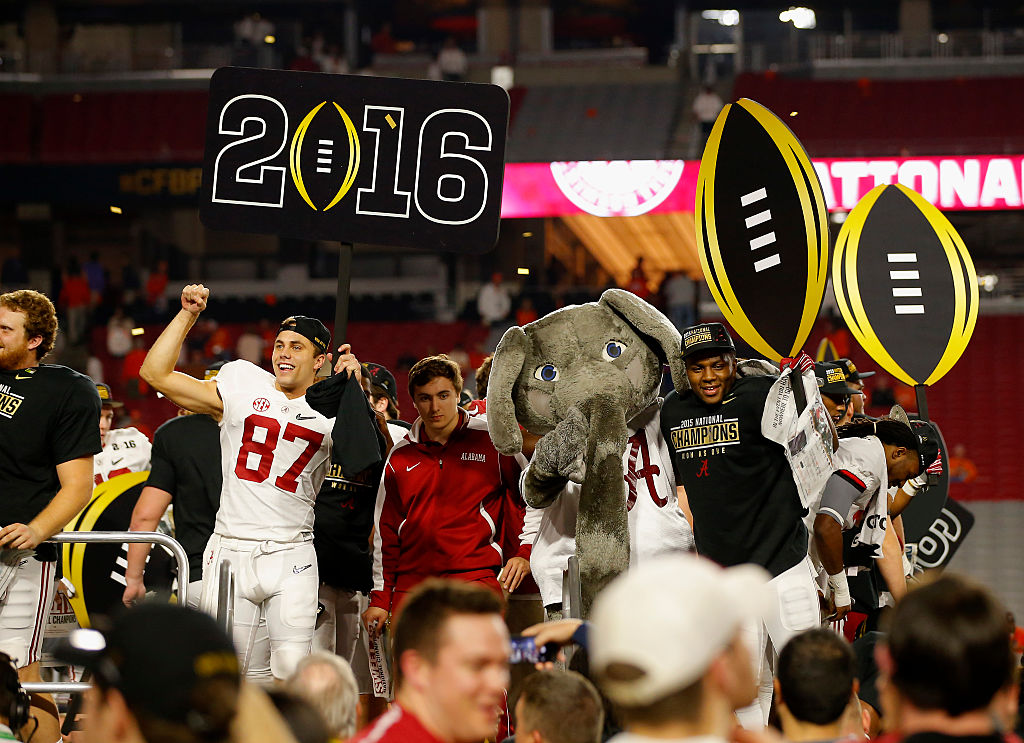 We made it, everyone. And as I’m sure you know, the biggest game tonight: Indiana at Florida International!

But in general, it’s good to have football back. Now, there are myriad problems with football, and college football in particular. But hey! It’s a non-baseball sport! I love baseball, more than most, but variety is the spice of sporting life, or so no one says.

If you’re just here for the terrifying animal gif, it’s at the bottom, if you want to scroll down. But hey, between here and there lies some pretty decent content, if I do say so myself!

We had a much more in-depth post on the 10 reasons college football is better than the NFL. It’s awesome, even though I’m more likely to fall on the NFL side. In either case, it’s much better than what I’m about to do.

Yes, probably. They have the best players. They have the best coach. The SEC isn’t really the grind that it used to be, though obviously challenges remain. But they’re also best positioned to overcome a reasonable loss, as the playoff selection committee has more inherent forgiveness and bias toward talent than a purely computer-based system would.

Who else is good?

We can only hope so.

Who wins the Heisman?

Watson is a safe choice, but Stanford’s Christian McCaffery is absolutely unreal. Just so, so, so good. Living in Denver, I was surprised to see that local news covered his every game, as he’s the son of Broncos “legend” Ed McCaffery. He’s also a white running back, which appeals to, let’s say, a specific demographic.

Should you bet the over on Indiana games?

Yes. Always yes. And you’ll finish the season way ahead if you do. (Note: this is a joke, and not a guarantee of gambling winnings. Please don’t sue.) 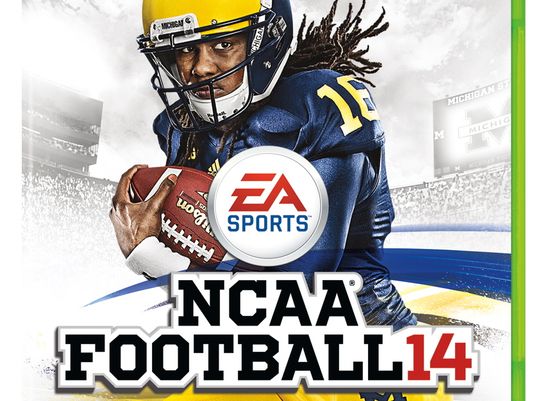 Well, it’s possible! EA’s celebrated (and ultimately pseudo-legal, at least in its prior iteration) has been dormant since NCAA Football 14 came out in 2013. It was the ultimate football fantasy, where you could take a random school (like, say, Indiana) and build them up to heights not possible in reality. But when EA was busted for essentially using the likenesses of real college players (which was always a wink wink sort of affair, if you played the games) they were forced to suspend the series.

What would a return look like? Well, details are scarce, and it would probably depend on getting the college licenses and then making sure the rosters in absolutely no way resemble real players, while still weighting the better teams accordingly, which might prove difficult.

But I’m not paid to make those calls! I just want to call 25 straight read-options with a Heisman-winning Indiana quarterback en route to a Rose Bowl victory.

-That’s Johnny Cueto, blowing a gigantic bubble. It then did what all bubbles, balloons, and my own dreams of athletic glory always do: popped in funny fashion.

-FSU wideout Travis Rudolph had lunch with an autistic middle schooler he spied eating alone on a team outreach visit. His mother’s heartfelt thank you on Facebook will likely have you reaching for the tissue box.

-Scott Van Pelt eloquently called for the need for actual dialogue in our society during his 1 Big Thing.

-Some bros in Lubbock took advantage of flood waters to tow a wakeboarder behind a giant pickup. As one does in Texas. I assume these guys have all kinds of potential truck-related recreational activities at the ready, just waiting for the appropriate calamity to set the stage.

-Jake Arrieta apparently contemplated quitting baseball before his trade to the Cubs. I’m not sure what he’d have done instead. Presumably whatever he wanted, as he’s Jake Arrieta. (My guess would have been like an industrial welder, who also does fantastic metalwork sculptures on the side, about which he tells no one.)

-Speaking of the Cubs, shortstop Addison Russell made an unreal catch to help the team escape a bases-loaded, 2-out jam:

-Gronk called out grammar folks, with their books and their words, and said anyone who cares about grammar is likely going to lose a fight because they don’t have street smarts. Gronk, apparently, fancies himself streetwise. I’m reminded of this Calvin and Hobbes comic:

If there’s a better analogy than Moe for Gronk, I certainly haven’t thought of it.

-Here’s a fun gif. I won’t spoil the surprise:

Run, friend! You’ve been given new life by the sea, returned from the depths! (Or, more likely, you just got lucky as hell as you climbed a ladder at the end of that seawall.)

-Fox Sports Wisconsin had an unfortunate typo on Twitter. So wrong, yet so, so funny.

-A look at all the Sanchezes (Sanchii?) having better weeks than Mark. (Spoiler: just about all of them.)

-The Mavs are apparently going to host Basketball 101 for the ladies. These sorts of things always go well with zero blowback at all.

Okay. Many of you might indeed be here just for the terrifying animal gif I promised at the top. I’m not going to say anything to set it up, as it provides all the context necessary. (If it’s old, I apologize, I just saw it yesterday.)

My god! They’re working together! They’re brothers in arms! And they don’t even have arms!

This is basically a SyFy original in real life. Good lord. That bird just threw that snake at the camera. I can’t get over this. I’m never going outdoors. (Unless it’s to flee an animal that has somehow found its way indoors.)