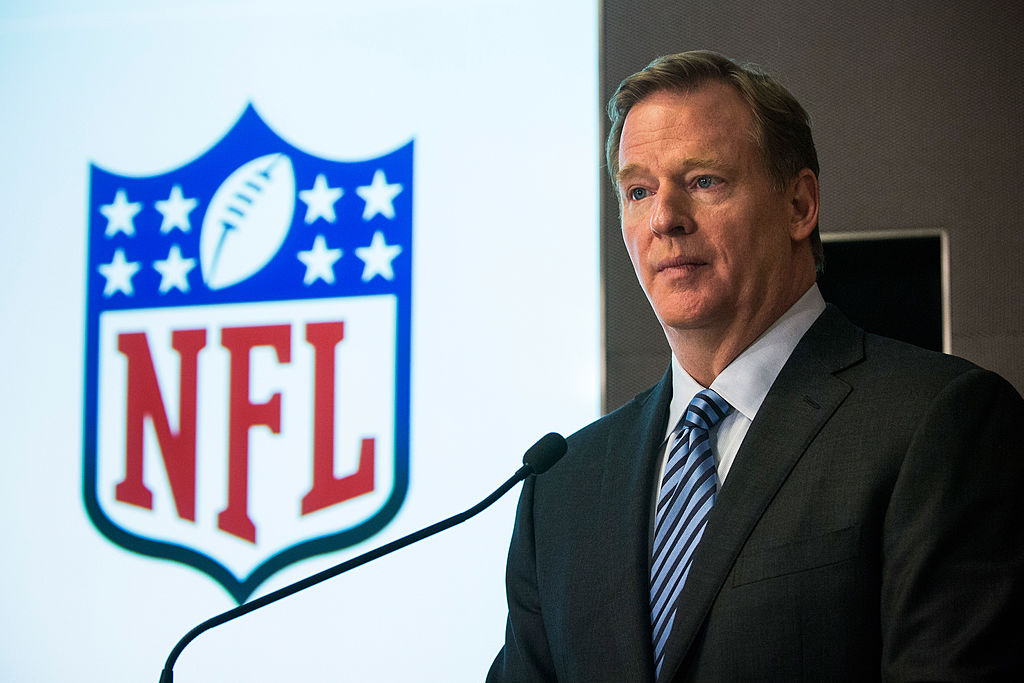 The week started off with a ton of news coming from all corners of the sporting world. NFL owners made it clear they were unhappy with the concussion payout, Houston Baptist is better at recruiting than Baylor, Tiger Woods switches golf balls, Mark Cuban thinks the Mavericks should maybe tank, an MLB CBA update, and so much else happened. 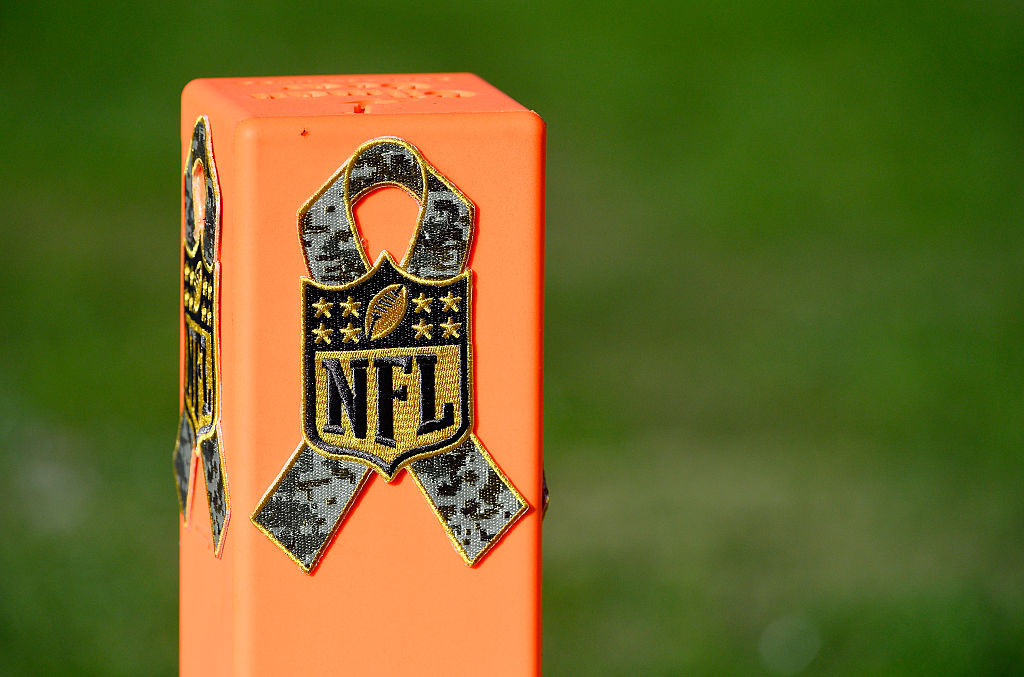 According to a report by Pro Football Talk, NFL owners aren’t happy they’re the only ones sued and paying out over concussions in football. It’s a fair point to make as the NFL’s league office should probably pay too. Houston Texans owner Bob McNair made that clear in an interview with Sports Business Journal.

According to McNair, the league and its owners didn’t know anything about concussions and their long term affects…but neither did anyone else associated with the sport of football.

The public is coming to realize the NFL is leading the way. We are not hiding anything. Plaintiffs’ lawyers would like to build this case, and that is what they were relying on, [that] we were hiding information. We haven’t hid any information, we didn’t have information, no one did. We are developing information, and we are learning from it, and we are taking steps.

This has been an issue with owners for a while. At the same time, fans haven’t been buying the owner’s complaints in regards to concussions for a while.

The junk coming out of #NFL owners meeting is insulting re concussions. The NIH thing is real. It’s not a “messaging” problem.

NFL owners who've perpetuated a massive, horrid coverup over concussions are passing judgment on a kid who smoked dope! really?

Baylor University is Behind Houston Baptist in Recruiting Rankings

There are probably people out there who think Baylor University’s football program should cease to exist after everything that has transpired over the last couple years. While that will never happen, the lack of recruits the school is able to bring in could force the program to sit in the basement of the BIG 12 for years to come.

Baylor’s Class of 2017 is down to just one recruit committed to play for the Bears when National Signing Day comes around in February, but there are no guarantees even he will remain. As noted by Yahoo Sports, it is pretty much expected an FBS program would have at least 10 verbal commitments at this point in time. 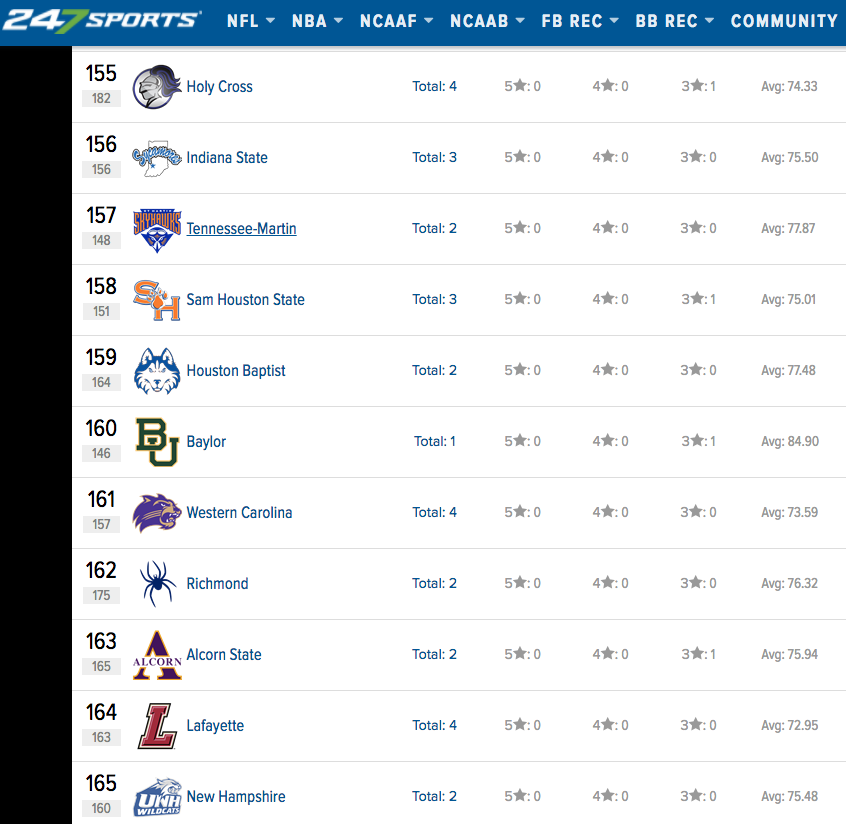 Houston Baptist who is one spot ahead of Baylor is a member of the Southland Conference and went 4-7 this year. Here are the teams they played in 2016: Central Arkansas, Texas Southern, Abilene Christian, Sam Houston State, Western Kentucky, Nicholls, Southeastern Louisiana, Lamar, UTEP, Stephen F. Austin, and Incarnate Word.

The future of Baylor Bears football looks bad, but they may deserve that.

When Tiger Woods sunk an incredible chip shot during the 2005 Masters, Nike’s golf ball business exploded. The swoosh already sold its golf balls well due to Woods using them, but when his ball froze on the edge of the hole and exposed the famous Nike logo, millions of people immediately thought they needed more Nike golf balls.

11 years later, Bridgestone hopes it will capitalize like Nike once did.

Nike announced back in August a full closure of their golf brand. As a result, Woods was forced to find a new golf equipment supplier. Sadly, that meant less commercials like this one.

As Woods prepares for his next tournament, he surprisingly revealed to ESPN.com his new ball of choice is a Bridgestone golf ball.

Woods still however will likely be wearing Nike golf apparel.

Tiger Woods will return to golf course wearing a new TW '17 shoe. Will be available in spring, price not announced pic.twitter.com/pHyjbzqZoz

Does Mark Cuban Think the Mavericks Should Tank? 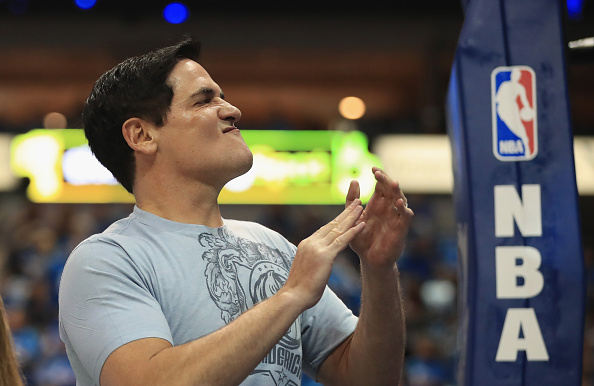 The short answer? Yes, kind of.

“Haters gonna hate. We think that you always compete,” Cuban told ESPN. “If you’re competing when the league is better, like it is this year, if you don’t do well, you’ll be in a position to get a good pick. Which, remember, even if you have the worst record in the NBA, there’s a 75 percent chance you’re not going to get the top pick.”

Our own Liam McGuire dissected the quote and the Mavs’ position perfectly:

“Cuban will never admit to actively tanking, he’s too proud. But, considering how the Mavericks season has already gone way off the tracks, the team can tank without actively acknowledging it. Dallas is unhealthy and mediocre. Keeping on the same path, publicly claiming to compete while privately understanding that’s impossible to do is the best course of action. The Mavs are bad and should be tanking. Maybe, they already are. Ending up with a lottery pick should be Dallas’ number one priority. How low? That all depends on Cuban.”

Is a New MLB CBA on the Horizon?

MLB’s current CBA is set to expire on Thursday December 1st, but that doesn’t necessarily mean if the league and MLBPA don’t agree on a new CBA there will be a lockout.

Regardless of that odd point, it looks like the two sides are progressing towards an agreement.

Sources: Owners have backed off the international draft as a requirement for a new collective-bargaining agreement.

Sources add: Owners, players still far apart on new luxury-tax rules, but an agreement on those terms often is the last part of any deal.

Sources: Owners’ willingness to back off international draft stemmed from desire to move talks forward. Has yet to achieve desired effect.

As Rosenthal mentions, the International Draft was a major sticking point for the MLBPA. Jeff Passan from Yahoo Sports detailed why and how they were planning to fight it.

Sources: A significant number of Latin American players are expected at MLB/MLBPA bargaining session today to fight the international draft.

Latin representation at union meetings has been an issue in the past. An issue as divisive as the int'l draft spurred interest from players.

This is a bold play by the union. By flying in so many Latin players, the implication is it is putting a line in the sand on an int’l draft.

Because if it eventually accedes to MLB desire for int’l draft, how would those who came to bargaining sessions feel they were represented?

All in all, with the CBA up Thursday, bargaining is at a sensitive and interesting point. Should be a fun next few days down to the wire.

The next couple days should be interesting.

– We made a big announcement! Well, our new partner website Freezing Cold Takes did!

It’s true. Site redesigns coming for all 3 too. https://t.co/6zWWYUtol0

“As the NHL celebrates its Centennial, we’re excited to bring the pace and energy of the NHL All-Star Game to a network-television audience for the first time in more than a decade,” said Sam Flood, Executive Producer, NBC Sports and NBCSN. “This move, combined with the addition of games featuring rising young stars like Auston Matthews and Connor McDavid, as well as our upcoming ‘Star Sunday’ matchups, continues to illustrate our commitment to showcase the best talent in the NHL and grow the game of hockey in America.”

– A Bryant University player thought his team was ahead and dribbled out the clock.

Well, he was wrong. Instead, Bryant was down by one point and lost.

You'll see this everywhere tomorrow. Wait for the end… #0 on Bryant thinks they won and dribbles out the clock

– The Philadelphia Eagles made fun of the Green Bay Packers before their Monday Night Football game.

Check out the down and distance on the Eagles' scoreboard prior to the Packers game: 4th and 26. pic.twitter.com/tCiZTZit6H

Philadelphia was referencing this play:

Sadly for the Eagles, the Packers got the last laugh with a 27-13 road win in Philadelphia.

– Alex Putterman did a deep dive on Awful Announcing into why ESPN didn’t have a better camera angle during J.T. Barrett’s sneak during overtime on Saturday.

Retweet if you know a #Michigan fan who needs help with straight lines. pic.twitter.com/Q35m3CMqKH

The worst call ever https://t.co/fQD8C3kRrb

– Thoughts and prayers are with the Brazilian soccer team Chapecoense after their plane crashed in Colombia.

No confirmation of connection but… BOGOTA, Colombia (AP) –Colombia authorities say they are responding to a plane crash with 72 on board. https://t.co/D1fdQBaEzR

Awful news tonight: a Brazilian soccer club's plane to a match in Colombia has crashed. Early reports are 21 dead and 41 injured. https://t.co/fvcOLAIHUb

– On a lighter, but simultaneously somber note, Orlando City announced it will honor the victims of the Pulse nightclub shooting at its new stadium.

– Ohio State’s double overtime win over Michigan registered a 5.7 on the richter scale.

– A Lakers fan was surprisingly able to get under Dwight Howard’s skin.

– A nine-year-old Special Olympics swimmer finished first, but didn’t receive the gold medal. Instead, he got a participation ribbon because he was too fast.

“Rory came to me and said, ‘Mum I didn’t do anything wrong, I won fair and square, what did I do?” Logan’s mother, Briony Logan explained. “I was absolutely gutted for him. I went to speak to the officials and basically they said he had been disqualified because he swam too fast. No one can get over this decision.”

5,000 fish, frozen beneath an ice rink, prove to be the opposite of an attraction in Japan. https://t.co/uWOoStAzXY pic.twitter.com/9IiW5ZjI3T

The weirdest part about this story is now there will be a service for the dead fish.

Japanese theme park which froze 5,000 fish into an ice rink will hold an "appropriate religious service" for them https://t.co/97kAVi7sM3

– Shameless plug here, but if you’re not watching Westworld, you’re doing something wrong. Sunday’s episode was the ninth of the 10-episode first season and it was mind blowing. Here’s the recap (don’t read it if you don’t watch as it will ruin the show).

I would love to go on a work trip with the staff of The Comeback and pull what Jim did on someone.

This is just classic Wes Anderson and absolutely amazing.