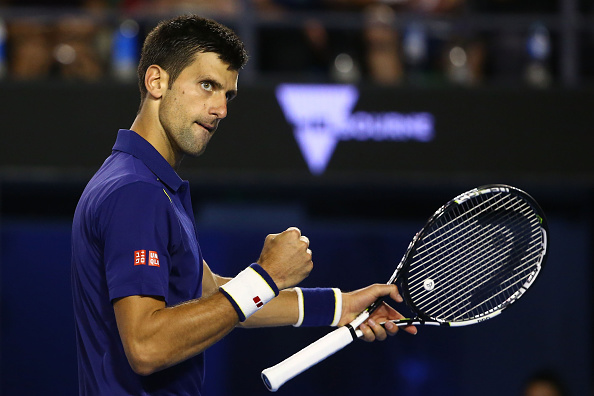 Novak Djokovic put on an amazing show in the Australian Open semifinals, and the Golden State Warriors have not lost at home in over a full year. We dive into those stories and much more, here at the Thursday Cheat Sheet.

It took four sets, and the match’s most incredible point came from Roger Federer after a crazy rally in the final minutes, but Novak Djokovic won an Australian Open semifinals match that really wasn’t too close. It especially wasn’t close in the first two sets, with Djokovic totally dominating 6-1, 6-2.

I can see Roger Federer is out there playing tennis. What’s the name of the sport his opponent is playing? #AusOpen

Receptionist: Hello, how can I help you? Caller: i’d like to book a tennis lesson. Now! With Novak Receptionist: and your name? Caller: God — Kyle LaCroix (@TennisTycoon) January 28, 2016

Fed’s face — every inch of it — continues to express amazement at how well Nole is playing. An honest response.

This is absolutely clinical what Djoker Is doing right now to Fedfan ,this maybe the best I have ever seen someone hit the ball

Magnificent from Djokovic. Not sure I’ve ever seen a standard like the first two sets. — Graham Ruthven (@grahamruthven) January 28, 2016

Even Djokovic said post-match how he “executed everything perfectly” in those first two sets.

“I executed everything perfectly” Pretty much. Those first two sets from Djokovic… 👌🏼👌🏼 https://t.co/TSzdxF5dCk pic.twitter.com/sUJ8zahkEZ

It looked like Federer had no chance — words pretty much never said — but he really kicked it up a notch in the third set, particularly on his serve.

Federer would win that set 6-3, and in the fourth set, was hanging in there (down 4-3) when he won the match’s most INSANE point.

But just a few minutes later, it was all over.

In one breath, Federer played one of the greatest points of his life. The next, he got criminally unlucky. The next, he was toast. #Fin

While perhaps Federer showed some age, this match was much more about just how unreal Djokovic looked. It would’ve been hard for anyone in the history of tennis — in their prime — to beat Djokovic in those sets. It was amazing, unfair tennis.

Stunning performance from Novak. Gutsy fightback by Roger against a guy that was in sublime form. pic.twitter.com/m00uW6Xfeh

Djokovic will meet the winner of the Milos Raonic-Andy Murray match in the tournament’s Final. And if he plays anywhere close to as well as he did in this match, he will be the Australian Open champion.

The Golden State Warriors pummeled — as they do to pretty much everyone — the Dallas Mavericks on Wednesday night, 127-107. Steph Curry only scored 14 points, but remember they have this other guard named Klay Thompson too. All he did was drop 45 on the Mavs, in crazy efficient fashion (14-20 FG, 10-10 FT):

Golden State has not lost a regular-season game at Oracle Arena in 366 days! *Pulls out calculator*… That’s a year + one day, folks!

And they haven’t trailed in any of the last 186 minutes they’ve played.

The Warriors have not trailed in any of the last 186 minutes they have played — ESPN Stats & Info (@ESPNStatsInfo) January 28, 2016

– This is great stuff from Brad Gagnon: The world was a very different place when Peyton Manning made his first NFL start.

– Von Miller and the Broncos defense delivered one of the most thorough beatdowns ever seen.

– Statistical proof of how much better Ted Ginn is with Cam Newton.

– Cam Newton: I’m an African-American QB that may scare a lot of people.

– Cam Newton’s California tax bill will be bigger than his Super Bowl bonus.

– Probably the most important SB50 story out there: Oscar Mayer offers chance to spend Super Bowl weekend in super-sized Wienermobile. Nothing like spending a weekend inside a big ol’ wiener with your friends.

– I’m personally not a fan of this one: NFL will return to Roman numerals for next year’s Super Bowl. 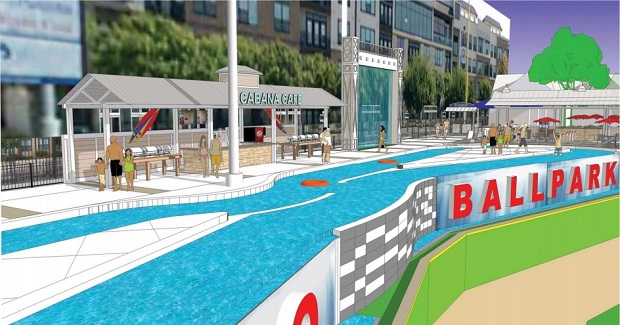 –  LA Kings’ Milan Lucic hits lineseman with punch during scrum. Now this one was probably accidental.

– The Spurs fouled Rockets big man Clint Capela last night on purpose… while he was standing out of bounds. That’s after the Rockets fouled the Pistons’ Andre Drummond 12 straight times last week. This Hack-A-_ stuff is out of control.

– There is now a Drone Racing League (DRL) and they expect to be the next big thing.

– Lol: Hue Jackson has not spoken to or met Johnny Manziel.

– MLB unveils new hire and program to increase minority and female hiring. This is great to hear.

– So, this is absolutely awesome: the Frisco RoughRiders (Rangers’ double-A team) want to put a LAZY RIVER in their ballpark.

– Sharon Osbourne has a sexual dream about Shaq, tweets about it.

– Kanye West destroyed Wiz Khalifa on Twitter over a misunderstanding.

– The Joker is finally getting his own villain-themed roller coaster.

– Conan O’Brien pays tribute to Abe Vigoda with touching video. Some great clips of Vigoda’s appearances (that were frequent and always awesome) on Late Night with Conan O’Brien.

– Someone finally created a beer koozie that counts how many beers you’ve had.

Dogs vs their ultimate nemesis: Stairs. It pains me to pick against dogs but I think I have to with this one.