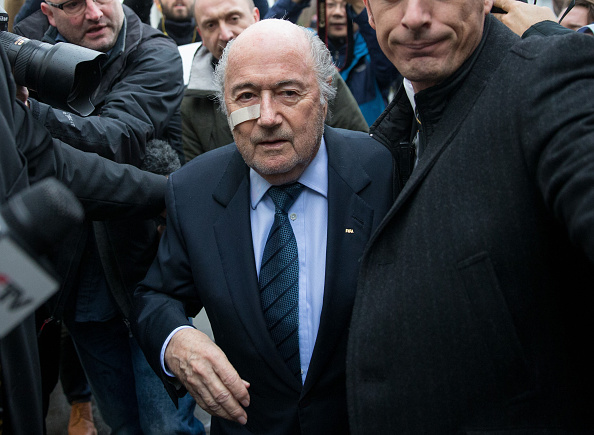 FIFA bans, cheap shots, man-made wave pools, and a roundup of the main stories from Week 16 in the NFL. It’s Monday’s Cheat Sheet… giddy up.

Huge news in the soccer world on early Monday morning, as FIFA president Sepp Blatter and UEFA president Michel Platini were banned eight years by the FIFA ethics committee, after being found guilty of breaking “the FIFA Code of Ethics rules on conflicts of interest, breach of loyalty and offering or receiving gifts”:

Sepp Blatter and Michel Platini were each banned for eight years by the FIFA ethics committee on Monday in a stunning takedown of world soccer’s most powerful leaders.

FIFA President Blatter and his one-time protege Platini were kicked out of the sport for conflict of interest in a $2 million payment deal that is also the subject of a criminal investigation in Switzerland.

Blatter’s FIFA career is ending in disgrace after more than 17 years as president and 40 years in total with the scandal-hit governing body.

Platini’s bid to succeed his former mentor in the Feb. 26 election is now likely over, though both are expected to appeal at the FIFA appeals committee and the Court of Arbitration for Sport.

Ethics judges ruled that Blatter broke FIFA Code of Ethics rules on conflicts of interest, breach of loyalty and offering or receiving gifts.

Twitter is going to be pretty fantastic with this one. Already getting started.

Just wait until it emerges that Blatter had five million quid on himself being banned for eight years.

Blatter will speak at 10am when he will no doubt announce he will run for FIFA president in 2023!

Sepp will be 87 when his suspension is up. That would be a fun comeback bid.

Blatter on Platini: "I believe he is an honest man"
Blatter: "Perhaps I'm not the most clever man in the world "

Blatter seems to have issue with Ethics Committee barring him from all soccer activities. Worth noting, he created ethics committee.

Stay tuned for more on this story, and we’ll certainly have reaction here at The Comeback.

The Arizona Cardinals got to 12-2 and clinched the NFC West title on Sunday night, with a dominating 40-17 win over the Eagles in Philadelphia. Cardinals rookie running back David Johnson was the star on the night, running for 187 yards on 29 carries (6.4 avg), with three touchdowns. Johnson’s most impressive play came in the second quarter, when he had a ridiculous Marshawn Lynch-esque 47-yard touchdown run. Beast mode:

As for the Eagles, the loss drops them to 6-8, but that still has them just one game out of first place because the NFC East is where terrible football happens.

The Carolina Panthers are now 14-0 after a last second field goal secured a 38-35 win over the New York Giants on Sunday. The Giants had an incredible comeback, outscoring the Panthers 21-3 in the fourth quarter to tie the game 35-35, but Graham Gano hit the field goal as time expired to keep Carolina’s 16-0 chances alive.

Unfortunately, we can’t just focus on a great game and the Panthers being 14-0, thanks to a total cheap shot tossed by Odell Beckham Jr. on Josh Norman:

Somehow, Beckham stayed in the game after that (and caught the game-tying touchdown as you can see in the first video of this section), but he could face suspension.

Norman, one of the top candidates NFL Defensive Player of the Year, most certainly did not back down when offered the chance to respond after the game about Beckham’s dirty hit.

Very bad news for the rest of the AFC contenders: the New England Patriots have a first-round Bye after their 33-16 win over the Tennessee Titans on Sunday, and are one more win away from the No. 1 seed, which would of course mean that the AFC playoffs would go through New England. 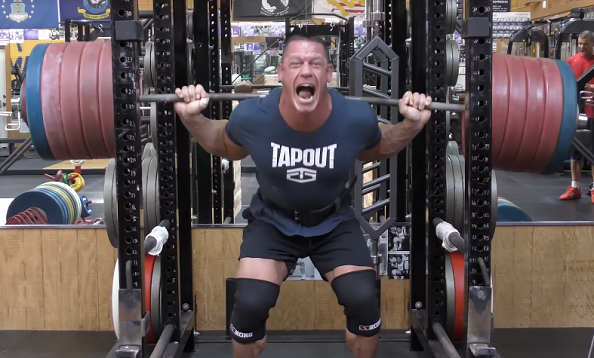 – Jacksonville Jaguars wide receiver Marqise Lee made an absurd catch in the team’s 23-17 loss to the Falcons (this was on the final drive, so it almost helped lead to a win at least):

– Somehow this Jimmy Clausen Hail Mary pass (in the first half of a 34-14 loss) ended up as a touchdown reception by the Baltimore Ravens’ Kamar Aiken:

– The Comeback’s Ian Casselberry has a great spoiler-free review of Star Wars: The Force Awakens.

– Gerald Henderson is good at dunking basketballs and reminded us of that on Sunday night.

– Ronda Rousey dressed up as a Star Trooper to see Star Wars.

– In case for whatever reason you weren’t convinced that John Cena would kick your ass, he just squatted 611 pounds.