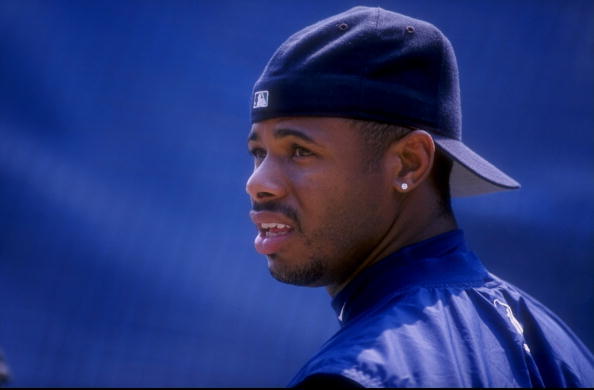 Ken Griffey Jr. and Mike Piazza to Cooperstown? Not surprising. Lovie Smith fired and Calvin Johnson considering retirement? Very, very surprising. We’ll get to those topics and more (including a monkey walking a tightrope) here at Thursday’s Cheat Sheet…

Ken Griffey Jr. and Mike Piazza were elected to The Baseball Hall of Fame on Wednesday. Griffey got elected in his first year of eligibility, while Piazza had to wait four years. Here’s more:

In your reminder that many Hall of Fame voters are crazy: THREE VOTERS LEFT KEN GRIFFEY JR. OFF THEIR BALLOTS.

It’ll be fascinating to hear the reasoning of the 3 voters who didn’t vote for Griffey — assuming they’re willing to identify themselves — Jayson Stark (@jaysonst) January 6, 2016

congrats to the 3 baseball writers who will get all the clicks on their “why i didn’t vote for ken griffey, jr.” columns — andy levy (@andylevy) January 6, 2016

The 3 writers who didn’t vote for Ken Griffey Jr. now get to explain on multiple media platforms that they did NOT do this for attention. — Tim Ryan (@TheSportsHernia) January 6, 2016

Edgar Martinez made a big jump from 27% to 43.4%, but it’s still lame he’s not in as Fangraphs recently broke down well.

Even with all of the embarrassing ballots, The Comeback’s Alex Putterman explains how the Hall of Fame voting process is working just fine.

In a move that no one saw coming, the Tampa Bay Buccaneers announced on Wednesday night that they have fired Lovie Smith.

Lovie was fired after just two years with the Buccaneers, and after making a jump from two wins in 2014 to six wins in 2015, with a bad roster.

And it turns out the guy that was Lovie’s offensive coordinator, Dirk Koetter, may be the guy getting the Bucs’ head coaching job!

With Lovie Smith fired I would expect Dirk Koetter to be named head coach within the week. They still will interview a few other candidates.

For much more on the Lovie firing, as well as angry player reaction, you can read the full post I did on the topic.

Calvin Johnson is considering retiring from the NFL

The Lovie Smith news was stunning, but this next story is another level of stunning. Detroit Lions star wide receiver Calvin Johnson is considering retiring from the NFL this offseason.

Statement from Calvin Johnson: “Like many players at this stage of their career, I am currently evaluating options for my future.” — Tim Twentyman (@ttwentyman) January 6, 2016

“I would expect to have a decision regarding this matter in the not-too-distant future.”

Source says Calvin Johnson told his mother he wasn’t sure wanted to play any more; cleaned out his #Lions locker unlike other vet players — Ed Werder (@Edwerderespn) January 7, 2016

Megatron will be 31 next season and has been frequently banged-up over the last few years. It’s shown in his production taking a dive as well. He’s still very good, but not quite the “Megatron” level of awesome that we think when we think Calvin Johnson. So, if he decides he’s sick of the toll the game’s taken on his body both mentally and physically and wants to hang ’em up “early”, good for him.

This obviously has to have Lions fans thinking, “NOT AGAIN” after Barry Sanders’ “early” retirement too, though. 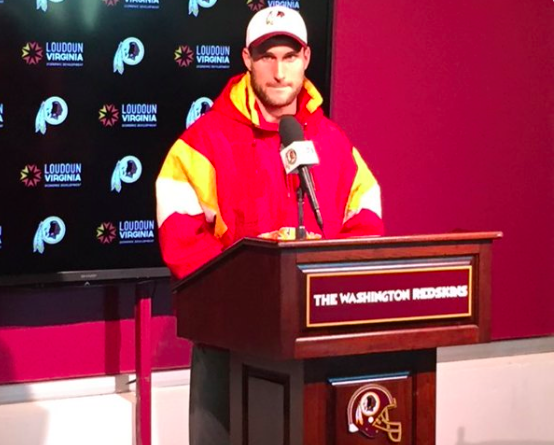 – The world champion Kansas City Royals made a big move on Wednesday, by re-signing outfielder Alex Gordon to a four-year, $72 million deal.

– It never ends: Johnny Manziel received a traffic citation over the weekend.

– Didier Drogba is retiring from soccer, but will be an assistant coach for Chelsea.

– Steph Curry has a shin injury that may not heal for a month, but he doesn’t plan to sit out games.

– The Flyers traded Luke Schenn and Vincent Lecavalier to the Kings.

– 32 crazy stats from the NFL season.

– Netflix added 130 countries on Wednesday. Kind of a big deal.

– Christina Hendricks will be in Bad Santa 2.

– A Las Vegas man was asked on the live news what he would do if he won Powerball… and the news certainly wishes they didn’t broadcast that.

– And a San Diego area man was not (very much so) happy to find his car in a flood.

This guy and his Lamborghini do not care that it’s flooding in San Diego.

Folks, this is a big one: a monkey walking a tightrope. You can’t teach these skills.

FP Edit: Yay…I made it again. Thanks fine people of Imgur. Please..somebody send me something. He almost lost it there for a second.