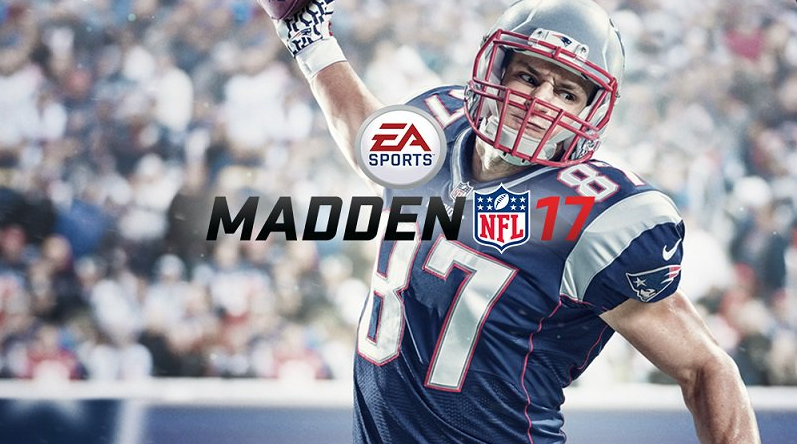 How many of you are taking a sick day to play as much Madden NFL as you possibly can?

There has to be at least one person reading this who is doing just that today. Madden NFL 17 hit store shelves today, so productivity around the nation is expected to drop a little bit today as the battle to be the next great Madden star begins now. It is amazing just how long this series has been going, and how far it has come. I’ll probably get my hands on a copy for the PS4 soon, but I tend to get into the game more when football season is over. I know, it’s weird, but I have enough real football going on to focus on that keeps me from getting too invested in the digital version. 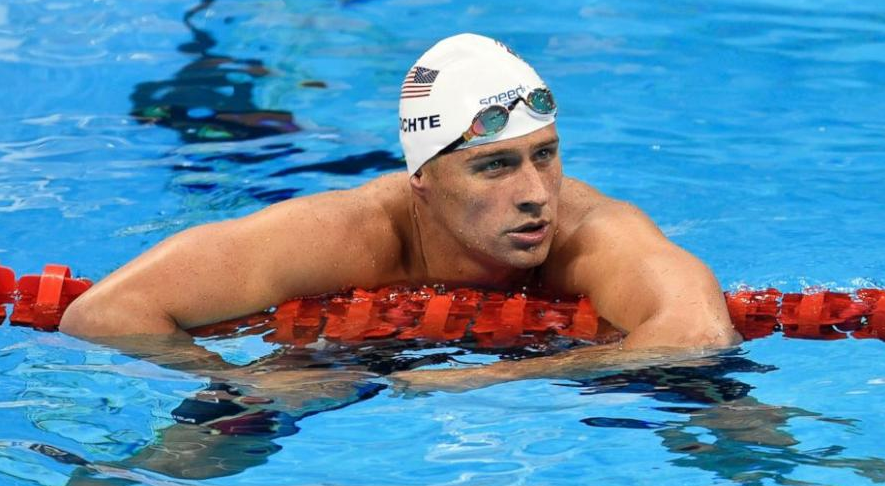 Perhaps not too surprisingly, American swimmer Ryan Lochte saw some of his endorsement deals vanish as the Olympics closed up and the saga involving Lochte in Rio continued to be examined. The most notable endorsement deal lost by Lochte was Speedo. Other sponsors ditching Lochte included Ralph Lauren, a skin-care firm (Syneron-Candela) and a Japanese mattress maker (Airweave). In all, Lochte reportedly lost anywhere between $750,000 and $1 million. Speedo announced it will be donating $50,000 that would have gone to Lochte to Save the Children.

Lochte’s focus has quickly shifted to his future with the United States Olympic Committee, who could strip Lochte of any chance to compete in the next summer Olympics in Tokyo in 2020.

Ryan Lochte still has one sponsor that refuses to drop him!https://t.co/IMmAHEiA3g

If Speedo is looking to fill the void left by Lochte, one late night comedian is making his case…

So, if @SpeedoUSA dropped @RyanLochte, does that mean they need a new spokesperson? I already waxed my bikini zone.

The new Madden NFL game is being released today, but basketball fans are counting down the days until 2k Sports releases its next NBA game, NBA 2k17. This year’s title is scheduled to be released next month for the PlayStation 4, PlayStation 3, XBOX One, XBOX 360 and PC. Sorry Nintendo fans. You’re out of luck once again. The trailer is gorgeous.

As you can see, we get our first glimpse of some familiar faces in new places (Kevin Durant, Derrick Rose) and some of the top new players in the league (Ben Simmons). NBA teams took advantage of the brief footage where they could.

Fresh off a gold medal performance in Rio, the 2016 USA Basketball team will be included in the game (including a digital Coach K!). You even get a chance to play as the 1992 Dream Team if you pre-register. Kobe Bryant, who has retired, will be the cover player for this year’s limited edition of the basketball title. Paul George appears on the regular edition.

Mark Sanchez was supposed to fill the gap between franchise quarterbacks for the Denver Broncos, but right now he appears to simply be fighting to keep a spot on the roster with the defending Super Bowl champions. The Broncos acquired Sanchez from the Philadelphia Eagles in exchange for a 2017 conditional draft pick, so there was nothing really to lose for the Broncos. After missing out on Brock Osweiler this offseason, the Broncos drafted Paxton Lynch in the draft with the intention of using Sanchez to fill the void until Lynch was deemed ready. As reported yesterday, however, Lynch appears more ready to take the lead than Sanchez. Even Trevor Siemian from Northwestern, a seventh-round draft pick in the 2015 NFL Draft, is making more fo a case for playing time than Sanchez.

Gary Kubiak: "Sure he's dead, but a dead Gorilla is better than Mark Sanchez."

The good news is Sanchez appears to be ready for his next job in the event the Broncos decide to save themselves $4.5 million…

Broncos QB @Mark_Sanchez spent the day as a street musician and he was actually pretty good https://t.co/SPyelvKE9Z pic.twitter.com/JWcqaWBaGH 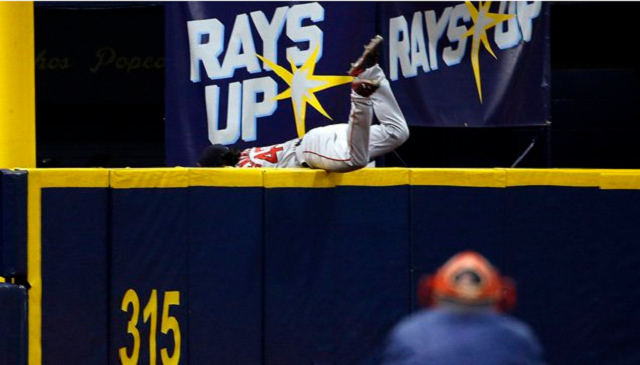 – This catch by Andrew Benintendi of the Boston Red Sox was pretty spiffy. Think this kid might have a future in baseball.

– Josh Reddick had a little trouble with a hotel door.

– Stanford is banning liquor from parties. Yeah, good luck with that one.

– Training camp fights in the NFL happen routinely. Players coming to blows over endorsement deals? Well, that could only happen with the Oakland Raiders.

– Tampa Bay kicker and second-round draft pick kicker Roberto Aguayo is not happy with his performance in the preseason. He’ll be OK.

– Former quarterback Todd Marinovich was arrested after being found naked with meth in a backyard. No truth to the rumor he instead the cops call him Heisenberg.

– East Carolina held a Kid Rock concert in the football stadium, and it destroyed their playing surface. Season starts next week.

– NASCAR attendance is down, so they’re going to start offering free admission to kids. Good move.

– WWE fans are still buzzing over that Brock Lesnar vs. Randy Orton match at SummerSlam.

– Watch it kid. The NCAA is always looking for reasons to mess with you…

– Oh, you thought we were done discussing concerns in Rio? Nope. The Paralympics are coming and things still do not look good.

– Our resident movie expert Ian has a review of Kubo and the Two Strings. My only question is do I need to see Kubo and the One String first?

– Speaking of movies, who would play Ryan Lochte in a movie about his Rio Olympics shenanigans?

– It’s a shame when uniform companies rip off youth football teams. Fortunately, Flo Rida is helping out one such broken-hearted team.

Some days you just don’t want to work out, but don’t let a walrus make you look bad.