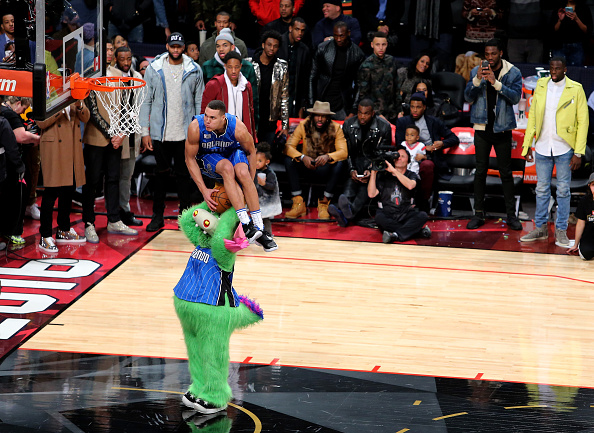 One of the best dunk contests we’ve ever seen, a terrific three-point contest, a laughably high-scoring All-Star Game, a new Game of Thrones season six teaser, and a yellow lab carrying its puppies in side pockets. We’ll cover that and much more here at the Tuesday Cheat Sheet…

Through about 20 minutes of the 2016 NBA Slam Dunk Contest on Saturday night, many of us were mocking what appeared to be another fairly lame, overdone production that dragged on without many great dunks.

And then Aaron Gordon and Zach LaVine happened.

Let’s slow it down. pic.twitter.com/4lZ6iFp1wC

Just absurd. LaVine came out the winner, although that’s certainly debatable… Gordon put together two of the best dunks we’ve ever seen in the contest. This one should’ve been a tie really, with both contestants having two all-time awesome nights.

If you want to see where those stack up with some other great dunks from the contest over the years, someone has made a 52-minute compilation featuring every perfect score in dunk history. This would be a good way to spend your lunch break.

The three-point contest on Saturday night was also a blast, with the “Splash Brothers” Steph Curry and Klay Thompson dueling it out. Steph put up a fantastic 23-point final round, only to be topped by Klay’s 27 points.

The game ended with Steph Curry making a halfcourt shot that the TNT cameras missed, and Kobe Bryant leaving his final All-Star Game to an awesome ovation from fans and players alike at Air Canada Centre.

Despite being on the losing team (as though it matters), Paul George came away with the MVP after scoring 41 points. 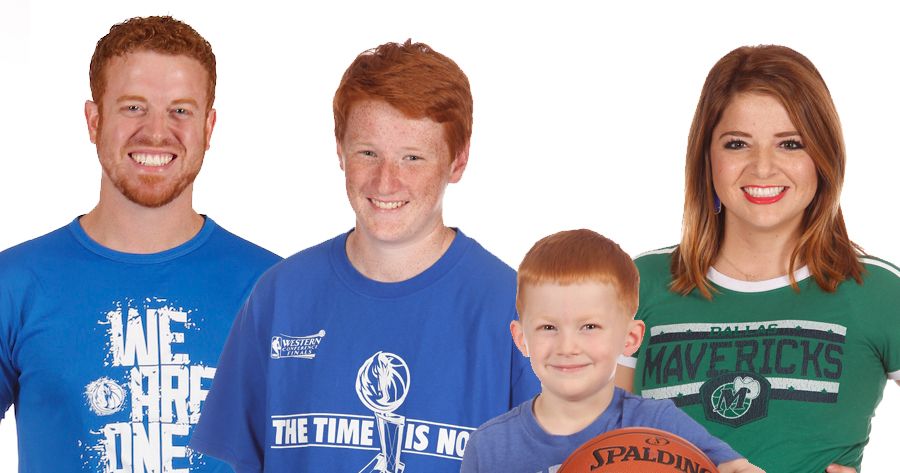 – The biggest NFL-related story to come out since the Super Bowl had to do with Peyton Manning, and not at all about his NFL future. In a story involving extremely disturbing details, Manning has been cited in a University of Tennessee sexual assault lawsuit.

– And the award for dumbest player (formerly) in MLB goes to… Mets pitcher Jenrry Mejia. Mejia became the first player ever banned by MLB for PEDs, after testing positives for PEDs a third time.

– It appears that Chris Bosh is dealing with blood clots, again. This really sucks.

– 7 of the 11 longest consecutive NCAA Tournament streaks are in major jeopardy.

– Duke’s Grayson Allen hit a buzzer-beater to take down No. 7 Virginia.

– The latest AP top-25 poll, which keeps changing like crazy. Saturday was a great example of how the season is going (two more top-25 teams would lose after this tweet… granted one of them was playing a higher-ranked team):

– Minnesota’s Rachel Banham had 35 points, with three of them coming on this buzzer-beating shot to lift the Golden Gophers over the Iowa Hawkeyes:

Rachel Banham scored 35 points for @GopherWBB tonight & none were bigger than the final three at the buzzer. https://t.co/Q4IpySC1VO — Big Ten Network (@BigTenNetwork) February 16, 2016

– ECHL goalie makes overtime save that will leave you in shock.

– Dallas Mavericks to hold special redhead night. This is… interesting.

– The winners and losers of the 2016 MLB offseason.

– The best transactions of the 2016 MLB offseason.

– Excellent stuff from Joe Lucia: Tanking in baseball isn’t a problem and it cannot be “fixed”.

– Fun read from Dan Levy and Ian Casselberry, and one you will probably have some disagreement on: Better Call Saul and the 10 best spinoffs in TV history.

– Aerial footage of thousands of sharks just chilling off the Florida coast.

– The Punisher and Daredevil duke it out in new Daredevil season two trailer.

Via Reddit… a yellow lab went for a walk on the town, carrying its two puppies in some handy side pockets. This is peak adorable: