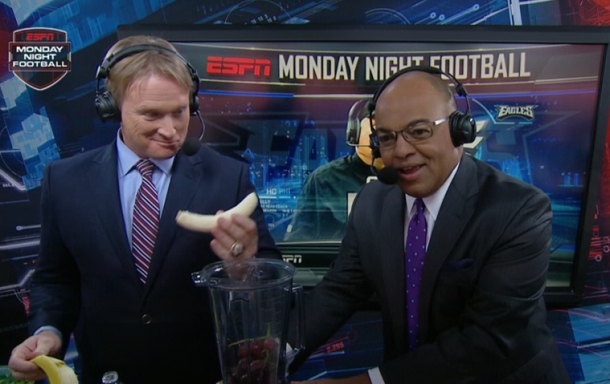 Jon Gruden is back in the coaching rumors, Peyton Manning is back as the Broncos’ starting quarterback, and UCLA-Arizona had an awesome game in hoops. Giddy up, it’s Friday’s Cheat Sheet (and then tomorrow it’s the NFL Playoffs starting)…

We made it over three days after final regular season Sunday this time around before a “Jon Gruden to _ NFL team” rumor! Good work, everybody.

But then Thursday came along and yep, it’s a Jon Gruden coaching rumor.

But a league source told the Daily News that he has informed Lurie, through an intermediary, that he is interested in the Eagles’ head-coaching job.

The source said that while Lurie likes and respects Gruden, who was the Eagles’ offensive coordinator in 1997-98, he has reservations about the ESPN Monday Night Football analyst’s ability/willingness to play nice with Roseman, who has returned to a seat of personnel power now that Chip Kelly is gone.

Gruden has told people that working with Roseman wouldn’t be a problem..

Gruden has a great situation as the MNF color commentator, and none of these job openings seem like they’d be what it takes to get him out of the booth and back onto the field. But, we’ll see. 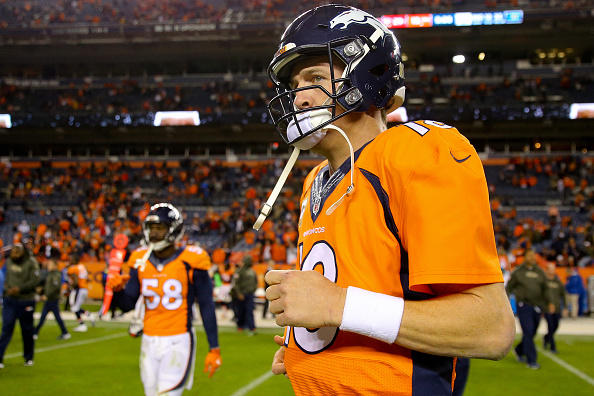 The Denver Broncos don’t have their first playoff game for another week, thanks to securing the AFC’s No. 1 seed and a first-round bye. But Gary Kubiak went ahead and announced on Thursday that Peyton Manning will start that game over Brock Osweiler:

Head Coach Gary Kubiak told the team at its Thursday morning meeting that Manning would start. Kubiak met with Manning and Brock Osweiler prior to announcing the decision.

“I just do what I think is best for our football team,” Kubiak said. “I feel really good about this, about how far Peyton has come.”

This move seemed inevitable after Manning provided a spark to help lift the Broncos in the second half to a win over the San Diego Chargers in Week 17. While much of it was simply bad luck, the Denver offense had five turnovers in the first half of that game with Osweiler at quarterback and trailed 13-7 when Manning entered the game. And even though Manning just went 5-9 for 69 yards passing, the Broncos really looked like a different team and went on to win 27-20.

Once it appeared Osweiler wasn’t the clearly better option, Kubiak just had to choose to go with Manning to start the playoff game, right? Now, if Peyton is tossing 12 mph wounded ducks right to the opposing defense, Kubiak should have a quick hook and get Osweiler in there.

The Comeback’s Dan Levy has a great article on this decision in relation to Peyton’s legacy. 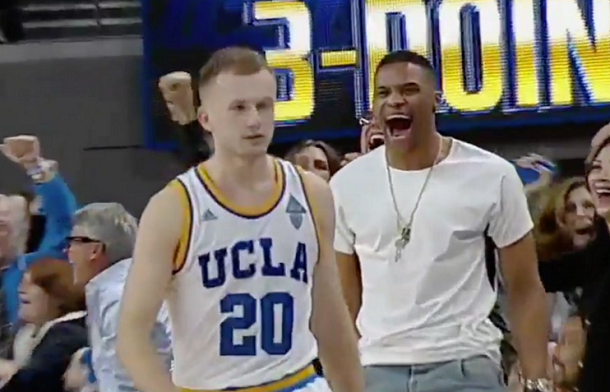 Bryce Alford hit a stepback 3 with 1.8 seconds left to lift the UCLA Bruins over the Arizona Wildcats on Thursday night.

It was also on Russell Westbrook Night at Pauley Pavillion, where the former Bruins guard was honored, and his Oklahoma City Thunder teammates were in attendance. They even gave away eyeglass frames away at the game in honor of Westbrook, as Kevin Durant showed off:

You can see more about UCLA’s win and Westbrook’s night in my post about it.

– Beyonce is doing the Super Bowl halftime show again. As is Bruno Mars, again. They join Coldplay for the halftime act at Super Bowl 50 on February 7th.

– The week that was in mostly terrible sports fashion.

– How does Clemson solve a problem like Nick Saban?

– The San Francisco Giants signed Denard Span to a three-year, $31 million deal. If he proves to be near 100% (hip issue), the veteran outfielder will be a very solid get for the Giants. Their likely leadoff hitter and center fielder.

– Here’s why Texans-Chiefs could end up being the most exciting game this weekend.

– Sarah Spain, Jane McManus, and Katie Fagan are getting an ESPN Radio weekend show together.

– Denver Nuggets are selling a “White Pride” hat. Gonna go ahead and say that’s probably not a good call.

– Everything you need to get ready for season 2 of Netflix’s Daredevil.

– Jerry Seinfeld had a great bit about donut holes on Colbert. On a related note, check out the episode of Colbert appearing on Seinfeld’s Comedians in Cars Getting Coffee.

– Biggest snubs of the NHL ASG.

– The White House has responded to the Making a Murderer petition that was signed by over 170,000 people.

Impressive, but kart racing is hard to take seriously without banana peels and turtle shells.

“And now, my imitation of someone watching the Red Wedding scene of Games of Thrones“.