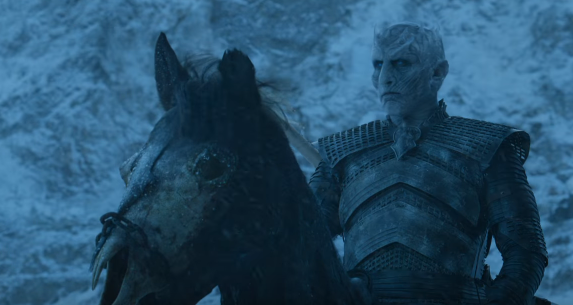 Josh Gordon failed another drug test and is apparently living with Johnny Manziel, Sean Payton spoke out against gun violence, the Cubs won a crazy home opener in which they were almost no-hit, and we have a new Game of Thrones trailer. Let’s get to all of those topics and much more, here at the Tuesday Cheat Sheet…

According to a report from Fox Sports’ Mike Garafolo,  Cleveland Browns wide receiver Josh Gordon failed another drug test, as recently as last month. Gordon reportedly tested positive for marijuana and dilute. This is all while he’s still suspended for a failed drug test that kept him out of the entire 2015 season.

Oh, and then there’s this: Gordon is apparently living with Johnny Manziel in Los Angeles! Our Kevin McGuire nailed it here:

Two young football players clearly in need of cleaning up their image as far as the NFL is concerned living together seems like an awful idea or a brilliant idea, but mostly a terrible idea. Both players have had their problems with either drugs or alcohol, so putting the two together in the same home in Los Angeles just feels like an incredibly risky move, unless the stars align and they happen to be just the perfect pair of people to come together to ultimately help each other through battling whatever personal demons they have within. But given the track record of each, we can be justified in suggesting that is probably not likely to happen and these two should not be sharing an apartment together if either wants to successfully turn things around.

Sean Payton on Will Smith’s death: “I hate guns” and “[New Orleans] is broken”

A sample of the quotes from Payton in the interview:

“We don’t hear this noise when something happens in New Orleans East, or in the Lower 9,” Payton said to USA Today during a phone interview lasting over half an hour. “Now you creep into the Garden District… I just know this: Our city is broken.”

“I hate guns,” he said. “I’ve heard people argue that everybody needs a gun. “That’s madness. I know there are many kids who grow up in a hunting environment. I get that. But there are places, like England, where even the cops don’t have guns.”

The Cubs were almost no-hit in their home opener, but rallied for a wild win over the Reds

Wrigley Field continues its renovations, and the Chicago Cubs players were introduced to a new feature that they’ll particularly love: a brand-new, state-of-the-art clubhouse. This place looks amazing.

On Monday night, the team had their home opener, and it was an emotional scene in pregame introductions as Kyle Schwarber (done for the season with a torn ACL and LCL) was introduced.

Well, then the came the game… and the Cubs were almost no-hit by Cincinnati Reds left-hander Brandon Finnegan. Finnegan finally allowed a single to David Ross (of all people) with two outs in the seventh, and would be removed from the game two batters later (with the Reds up 3-0) due to his pitch count.

Then the Cincinnati bullpen ruined everything for Finnegan. Tony Cingrani allowed a two-run single to Jason Heyward (his first hit at Wrigley) in that same inning to make it a 3-2 game, and then in the bottom of the eighth, Jumbo Diaz allowed this three-run bomb to Cubs 22-year-old shortstop Addison Russell: 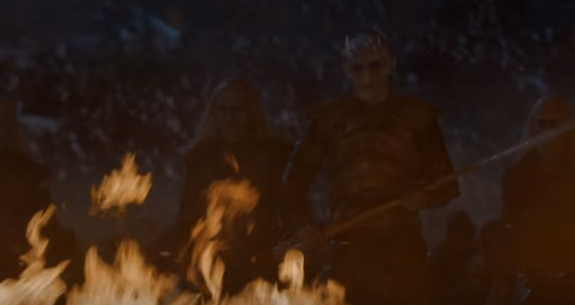 Liam McGuire takes you through a screenshot by screenshot look at the trailer.

And another great Masters piece, from Matt Yoder: The 2016 Masters showed the beauty and brutality of golf in all its glory.

– Philadelphia Flyers founder Ed Snider passed away. He was 83.

– This is amazing: Detroit Tigers fan Bill Dugan CAUGHT FIVE FOUL BALLS IN ONE GAME (on Monday). And the best part: He gave them all to kids. Cheers, Bill.

– The Cavs locked up the Eastern Conference’s No. 1 seed.

– The Mavericks clinched a playoff spot in the West with a win over the Jazz… and that dropped the Jazz out of the playoffs for the moment. The Jazz and Rockets are now both 40-41, with Utah’s final game coming against the Lakers on Wednesday (in what will be at Staples Center and Kobe’s final game), and Houston’s final game coming against the Kings. The Rockets hold the tiebreaker, and the Kings are a team they should beat (especially in a must-win game).

– Chris Davis hit what would serve as a game-winning three-run shot for the Orioles in the ninth at Fenway. This was an absolute bomb:

– Former Ohio State quarterback Cardale Jones had a Twitter rant about the NCAA.

– Draymond Green says that Michael Jordan wants the Warriors to break the all-time wins record. The Warriors will go for it with a game against the Memphis Grizzlies on Wednesday night at Oracle Arena.

– Don Maloney is out as Arizona Coyotes general manager after nine seasons.

– Joe Lucia writes how Barry Bonds isn’t Bryce Harper yet… but give him time.

– The Atlanta Braves are very bad.

– Skateboarding in an empty water park.

– When you totally think that’s a fish, but nope… it’s a big-ass alligator.

– Probably the most important story I’ve ever covered: Man breaks into Five Guys, makes himself cheeseburgers.

It didn’t take this Golden Retriever long to figure out the power of puppy dog eyes. This is how you get your owner to never be able to stay mad at you for longer than a few seconds. Shit all over the carpet, make this face, you’re fine.