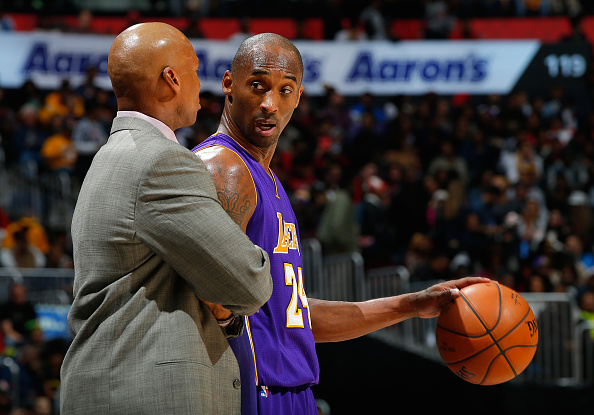 The Los Angeles Lakers: Bad. The UConn Huskies’ women’s hoops team: Amazing. We get to those topics, plenty of NCAA Tournament content, a weird Matt Harvey/Mets situation, and PIRATE CAT. You’re seriously going to be blown away by Pirate Cat.

Lakers match worst loss in franchise history with 48-point defeat to Jazz; Byron Scott is now more games under .500 than any coach in NBA history

We know the 2015-2016 Los Angeles Lakers are terrible, but things really hit rock bottom on Monday night in Utah, as the Jazz pummeled the Lakers 123-75. Lol.

The 48-point loss is tied for the worst loss in Lakers history, and is the worst loss of any Lakers game Kobe Bryant’s played in (he didn’t help the cause in this one, going just 1-of-11 with 5 points in 28 minutes).

The Lakers’ 48-point loss ties for their worst defeat in franchise history. They also lost by 48 in March 2014 to the Clippers. — Baxter Holmes (@BaxterHolmes) March 29, 2016

It also tied for the biggest win in Jazz history, and at one point in this game, Utah was up 53. They were close in the third quarter to leading by more points than the Lakers had scored!

Has an NBA team ever been beaten by more points than they’ve scored?

And then there’s the topic of Lakers head coach Byron Scott… yikes.

And this all happened on Byron’s birthday!

– I’m going to start with the women’s Final Four, as the UConn Huskies won their 73rd(!) straight game and are on their way to a ninth consecutive Final Four. The win was also their 23rd straight win in the postseason, a new NCAA record. If the Huskies can win two more games, they will have a record four consecutive national championships, and it will give Geno Auriemma his 11th title, which would move him ahead of John Wooden (UCLA men’s) for most championships in college basketball history.

And Geno doesn’t care if you think the Huskies’ dominance is making women’s college hoops unwatchable.

– Yesh Ginsburg has everything you need to know about the men’s Final Four.

–  Sean Keeley with a great read on Jim Boeheim and Syracuse: ‘After a career of improbable Final Fours, Jim Boeheim’s latest may be his masterpiece.’

It’s hard to argue with that, because as Alex Putterman writes (and breaks down), “there has quite possibly never been a more improbable Final Four team” than the Orange.

And as Dan Levy writes, the ACC getting two teams in the Final Four isn’t a surprise… but one of those teams being Syracuse is most definitely a surprise.

More Syracuse: Someone put $100 on the Orange in January, and that ticket will pay over $100,000 if Syracuse wins the championship.

– Alexander Goot, on Senior leadership paying off on the road to the Final Four. 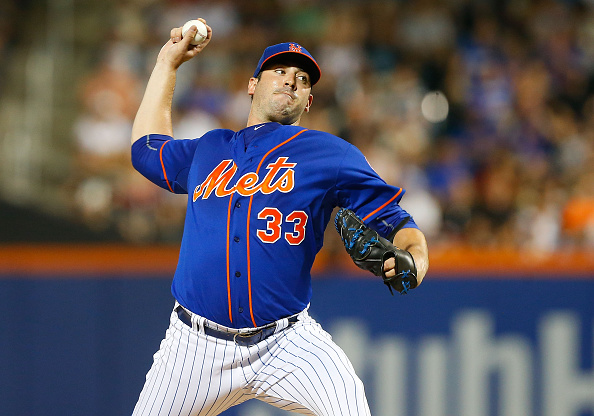 – Mets stud pitcher Matt Harvey has a non-baseball medical issue and the team won’t say what it is. Harvey was scratched from what was to be his final spring training appearance on Monday, and now his Opening Day status — and perhaps more, for all we know — is in question.

This is a really bizarre situation. Teams don’t have to explain the full-on details of injuries or provide an estimated timetable for a return, etc etc. But usually we get some sort of explanation. Now we’re all left wondering if it’s some serious ailment. Let’s hope not, though.

On that topic, seven-year NFL veteran Husain Abdullah announced his retirement from the NFL yesterday due to multiple concussions.

Also, Colts owner Jim Irsay made some RIDICULOUS comments denying the connection between football and CTE. And Lions linebacker DeAndre Levy took a shot at Irsay in response to those comments.

– Jonathan Quick made as amazing of a stick save as you’ll see in hockey this year.

– Russell Westbrook’s latest triple-double has him on the brink of history.

– The Braves are putting a zip line in their new stadium.

– The Bulls made a Kirk Hinrich tribute video and set it to U2, again.

– Tennis Channel is going to be the exclusive cable home of the French Open.

– I took a look at what’s coming and going on Netflix in April. Also, season six of Archer arrived on Netflix today.

– MLB The Show 16 comes out today, which means I’ll likely be playing it most of the day as I pre-ordered a copy. IGN has a review in progress going, and they seem very impressed so far.