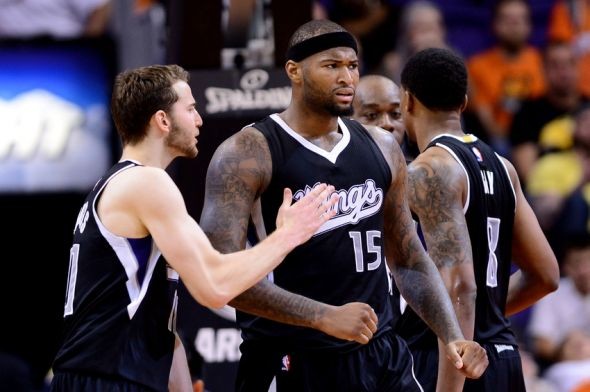 Despite only a handful of NBA and NHL games, Wednesday was a busy day in the world of sports: Matt Barnes and DeMarcus Cousins were sued over an incident at a New York nightclub, Donald Trump tapped former WWE CEO Linda McMahon for a cabinet position, major World Cup changes on the horizon, and MLB Winter Meetings Day #3.

Two Sacramento Kings are being sued for an NYC nightclub incident

This past Sunday December 4th, the Sacramento Kings visited the New York Knicks and fell 106-98. The next day, stars DeMarcus Cousins and Matt Barnes visited a New York City nightclub and were involved in an altercation.

On Wednesday, news broke that Barnes and Cousins had a lawsuit filed against them for their actions. Unsurprisingly, TMZ broke the story first:

Sacramento Kings star Matt Barnes is wanted by NYPD for questioning after he allegedly choked a woman inside a nightclub early Monday morning — and TMZ Sports got video of him right after the incident.

Law enforcement sources tell us cops got a 911 call to Avenue Nightclub after midnight, reporting a man assaulting 2 women and another man. We’re told things got physical when Barnes allegedly choked one woman during an argument — and when 2 other people tried to intervene … he punched both of them.

A rep for the NBA star tells us … Barnes was having a good time at Avenue Nightclub with his teammate, DeMarcus Cousins, when he went to sit at his VIP booth and accidentally “butt bumped” a woman who was at the next booth over.

Barnes claims the woman reacted by slapping him in the face, hard — and that’s when all hell broke loose.

Barnes claims the woman’s crew — which included several men — jumped in and began to get violent. Barnes was knocked to the ground in the melee and one of the men began to choke him.

We’re told Barnes got physical in an effort to protect himself. Cousins also jumped in to defend Barnes.

We spoke with  Barnes’ attorney Alex Spiro who tells us, “We do not believe a crime was committed and are hopeful no charges will be pressed.”

None of this is looking good for the two NBA stars. 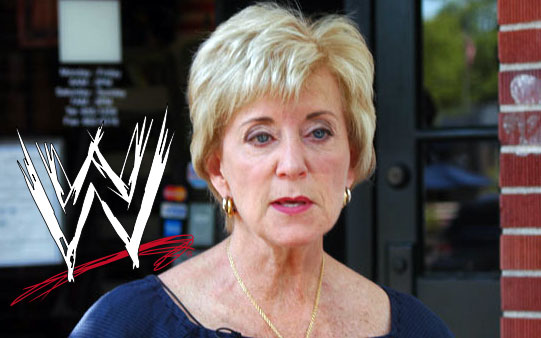 If you bet money at the start of the 2016 United States election cycle that no matter who won, former WWE CEO Linda McMahon would end up in the cabinet, you may now collect your massive winnings.

Okay so I couldn’t find any sort of line about McMahon making it onto 1600 Pennsylvania Avenue, but so what? She is headed for President-Elect Trump’s cabinet! This had been rumored for a while with McMahon’s name popping up for various positions, but now it seems like Trump and his transition team have landed on one for her:

The WWE brought in $658.8 MILLION in revenue in 2015, thus making it the complete opposite of a small business. According to Reuters:

Trump’s announcement, a copy of which was seen by Reuters, said McMahon would be a key player in his effort to generate stronger job growth and roll back federal regulations. He said she had helped the WWE grow from a 13-person operation to a publicly traded global enterprise with more than 800 employees worldwide. Donald Trump is a WWE Hall of Fame member.

“Linda has a tremendous background and is widely recognized as one of the country’s top female executives advising businesses around the globe,” Trump said in the announcement.

The World Cup could look very different in 2026 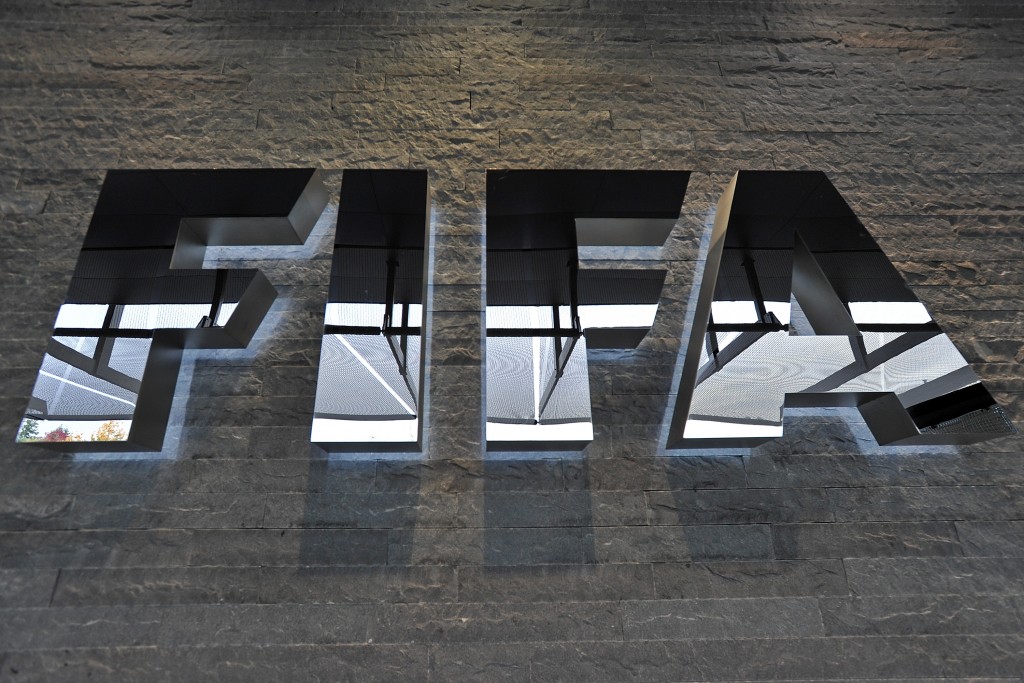 Here’s a more complete breakdown of how each proposal would work:

#1 – The first proposal would be to keep the tournament format as is, which has been in place since the 1998 World Cup in France.

#2 – Proposal #2 discussed the idea of eight groups of five or 10 of four for a total of 40 countries. That idea wasn’t reported on extensively, so it’s unclear how exactly the countries would be paired down once the tournament began.

#4 – Infantino himself also proposed the idea of 16 3-team groups if the World Cup did expand to 48 countries. That proposal would be #4 in the graphic above. It would work similar to the 32-team structure with the top two teams in each group of three advancing to the round of 32. Right now, the 32 country field is split into eight groups with the top two countries in each group advancing to the round of 16. 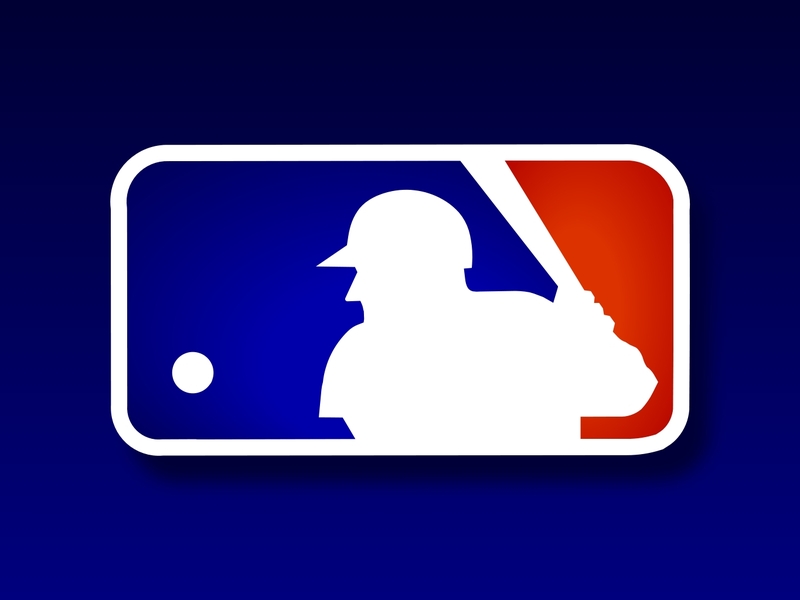 While typing this, Ken Rosenthal dropped a RosenBOMB:

The White Sox continued to stack their minor league system with top prospects thanks to trading Adam Eaton to the Nationals.

Source confirms Adam Eaton goes to the Nationals for Lucas Giolito, Reynaldo Lopez and Dane Dunning. Wow. What a haul for the White Sox.

The Nationals were down on Lucas Giolito, and the entire industry knew it. Put Giolito together with Don Cooper, and good things can happen.

And the Rockies added another solid hitter to their hitter friendly Coors Field lineup.

Source confirms Ian Desmond is getting five years and $70M, as @Joelsherman1 said. A strong deal in a tough market. His versatility helped.

Two scouts asked the same question: If you have Carlos Gonzalez, why would you move Ian Desmond to 1B? Desmond a + OF, CarGo not so much.

Perhaps the thought behind it is Desmond's familiarity with the infield from his days as a shortstop, but his versatility is wasted at 1B.

Oh and one more note before we move on, two players included weird no-clause trades in their deals with the Yankees…

Interesting wrinkle in Matt Holliday's deal with Yankees. Contract allows him to block trades to one team: Oakland Athletics. 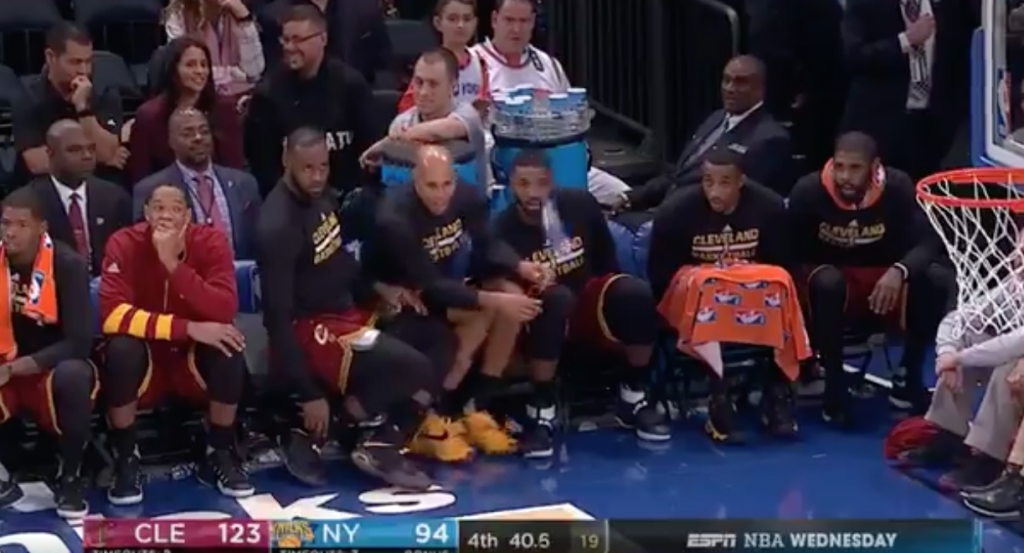 – The Cleveland Cavaliers blew out the New York Knicks 126-94 on Wednesday night. During their dominant win, the Cavs passed the time flipping water bottles. Seriously.

Kyrie Irving, LeBron James while game is going on do the water bottle challenge. pic.twitter.com/2YNaLWDedL

– The 31st NHL Team the Las Vegas Golden Knights had some trouble filing for a copyright on their new name despite having already announced it.

LRT – according to that letter, here's the problem with the Vegas Golden Knights trademark application pic.twitter.com/LDWvJyfByo

Statement sent by Las Vegas franchise to @SINow on rejection of the Golden Knights trademark: pic.twitter.com/SvSym76VXv

“Coach Kiffin, he gets real competitive so he tries to scheme us a little bit, but feel like we do a good job,” Allen said. “As a defense you try to get Coach Saban mad at him and try to get him yelled at in practice.”

How often are the Alabama defenders successful in getting Kiffin yelled at?

“Oh all the time,” (Defensive end Jonathan) Allen said with a smile. “All the time and we love it. I’m sure you guys have seen those on the TV, that’s exactly how it is in practice.”

Here’s a game that Allen was referring to: 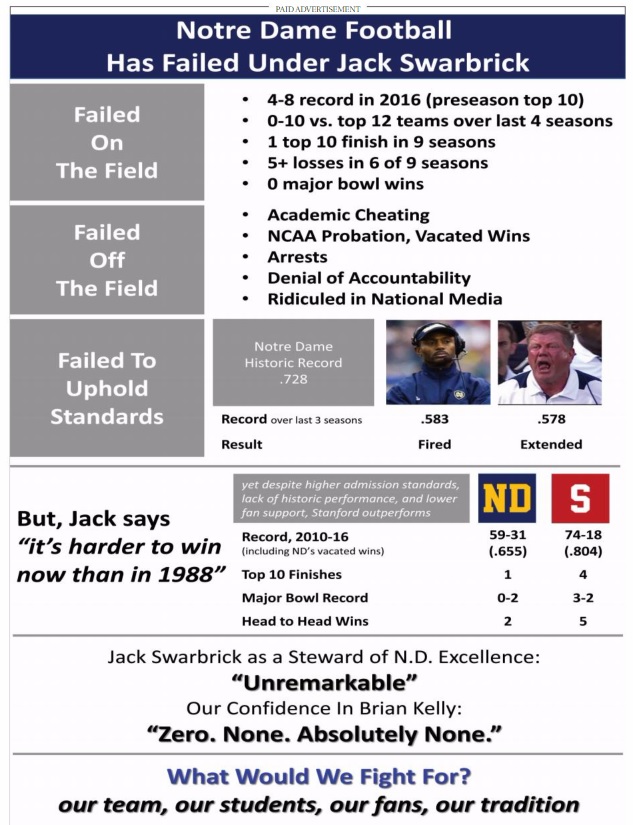 “I’m kind of old-school about that, I guess, it would be really fun to have a model where those five champions all got a crack at moving forward. I don’t know what that looks like.”

– I answered the question of “Did Christian McCaffrey’s stock drop this season?”

Oh and this is why I answered that question:

– The Baltimore Orioles will NOT be pursuing former Toronto Blue Jays’ outfielder Jose Bautista for an interesting reason.

Orioles prefer to keep draft, too, but to explain why Bautista doesn't fit, they told JB camp: O's fans just don't like him

– Conor McGregor is very close to appearing in HBO’s Game of Thrones.

I reached out to McGregor's manager who tells me HBO have been courting the UFC lightweight champion for a while but it's not a done deal.

– A Dallas Cowboys fan better be praying harder than ever before the Cowboys win the Super Bowl. Otherwise, he’ll be another fan in a long line of fans who made terrible permanent mistakes.

– Someone took audio from Marshawn Lynch and put it over the awesome video of an iguana outrunning snakes.

– The late great Oakland Athletics’ broadcaster Bill King was announced as the winner of the 2017 Ford C. Frick award and will be enshrined in the Baseball Hall of Fame in Cooperstown, New York this summer.

– Wednesday was the 75th anniversary of the attack on Pearl Harbor and the USS Arizona did a very cool job of honoring those who lost their lives on Twitter. The people who run the ship’s Twitter account live tweeted all day Wednesday as if Twitter was around back when the attacks happened.

In addition to live tweeting the attack, we will also be live from Kilo Pier for The National Pearl Harbor Remembrance Day Commemoration. pic.twitter.com/zFTZZHqVyt

petition to have the red sox play this vine every chris sale starts (h/t @sinnertay) https://t.co/0HrBPlwezn